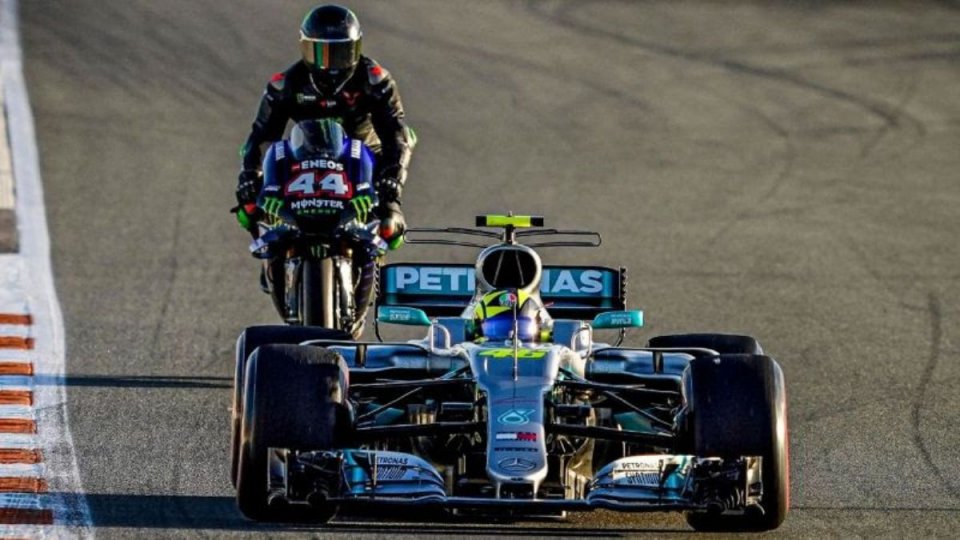 More than one year has gone by - it was in fact December 9, 2019 – since Valentino Rossi and Lewis Hamilton were the protagonists of the "Ultimate Ride Swap". At the Valencia circuit, the Doctor took to the track in the Mercedes used by the British driver in Formula 1, while Lewis jumped on the #46 Yamaha.

It was an unprecedented day, which produced no lack of anticipation from the numerous fans, who were then provided with photos and videos. More than one year after that event, Monster Energy, which oversaw the entire operation, will broadcast a docufilm of the day on the track on its YouTube channel with never-before-seen content of Hamilton and Rossi.

The appointment for all fans is set for Monday 14 December at 6 pm.