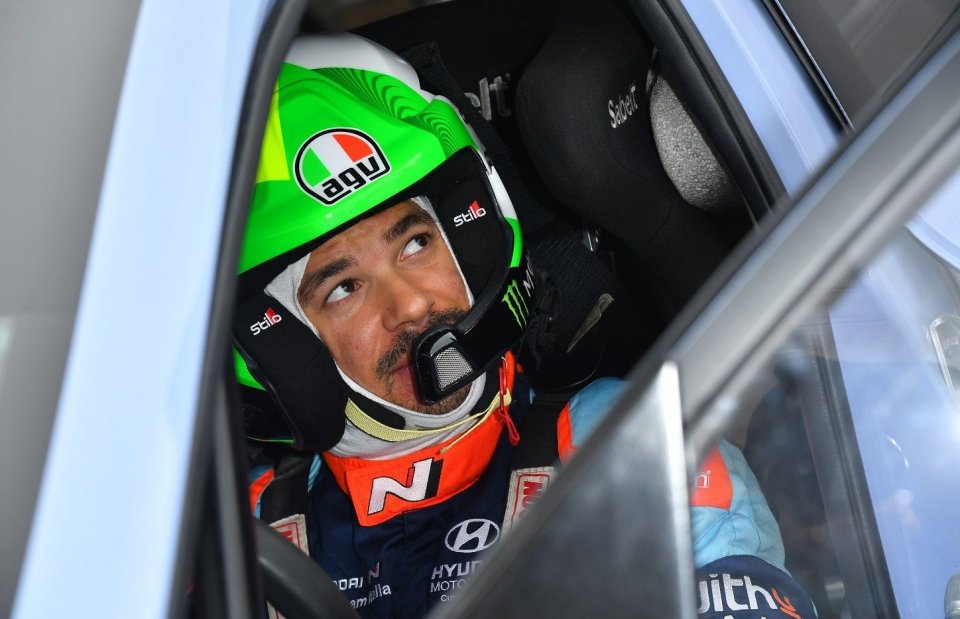 A few minutes after 2 pm, Franco Morbidelli’s long, four-wheel marathon, which began on Monday with the Verona tests at the wheel of the Hyundai, has come to an end. In Veneto, the MotoGP vice-champion has, in fact, sharpened his weapons for the Monza Rally, namely #21’s debut race in this specialty.

Tavulia’s rider from Rome, who finished in a 61st position, had a growing crescendo. In fact, the arm that broke – which was fixed that evening – was decisive, but cost him a penalty of over 30 minutes in view of today.

“It was cool,” Franco began. “Now that the race is over, I can say that. During the rally, I couldn’t expose myself that much, but now that we’ve reached the end, I can finally enjoy the moment and the emotions. I’d really like to  thank everyone, the sponsors, Hyundai, Withu, as well as all the people who have been by my side and have accompanied me on this path. It was a wonderful experience for me but, at the same time, very hard, because the conditions were really at the limit. I took off slowly, trying to progress one step at a time and get the car home safely. As you all know, I’m a rider, but this weekend I felt like a rally driver.”

What do you bring home from this very long week, which started Monday in Verona?

“Here, in Monza, I realized that you must never lose your concentration. Unlike the MotoGP,  there are very long days between tests, transfers, and a parc fermé in rallies, so you have to always stay on track. Mentally, it’s much more stressful compared to motorcycles, so much so that you pay more for a mistake than racing a bike.”

Have you already sent in your registration for the 2021 edition?

“I’d like to go back to Monza, but with a bit more preparation. Unfortunately, the World Championship ended late this year, and we had very little time available. But I thank all those who have supported me. Despite the public not being there, I felt great support.”

Your competitive season ends with Monza. What has 2020 taught you?

“This year, I’ve learned that working at home, day after day, is very important. I’ve worked a lot in my life but, this year, I was a bit more ‘serious’. It was the step that I needed.”

After a second place behind Mir, now the goal is the World Championship.

“We look forward to creating high-level programs. I can’t forget who I am and who we are, because Petronas is a great team, but we’re still a client team. Also, we have to be down-to-earth. We’ll start from scratch, taking it one step at a time, trying to do my best.”

Ogier won his 7th title in Monza. Did you expect that?

“I’m happy for him. He’s come to the Ranch in the past, and I got to know him. The race between him and Evans was a good one, even if, in rallies, you don’t have the individualism that prevails in the MotoGP, because one is more tied to the manufacturer. Here, they’re more connected to the team. Many congratulations also to Ostberg, for the WRC2 title. He’s a fast, friendly  driver.”

Accompanying Morbidelli in this adventure was Simone Scattolin, who expressed great satisfaction with what the MotoGP vice-champion did.

“Franco was very good,” he commented. “In rallies, the decisive aspect is experience, namely,  how much time you spend in the car and the kilometers you stack up. Franco started to  gain confidence with the Hyundai on Monday and progressed, step by step. The aspect that struck me most was his ability to incorporate and put into practice something surprising. I think he went beyond all expectations, and I hope to see him again in the car.”

“That would be great, and I’d be honored to have him by my side. The important thing is that he leaves Monza satisfied and happy. Like I said, rallies are tough and he realized it too. This year, the race was extreme, but has always kept his head on track.”