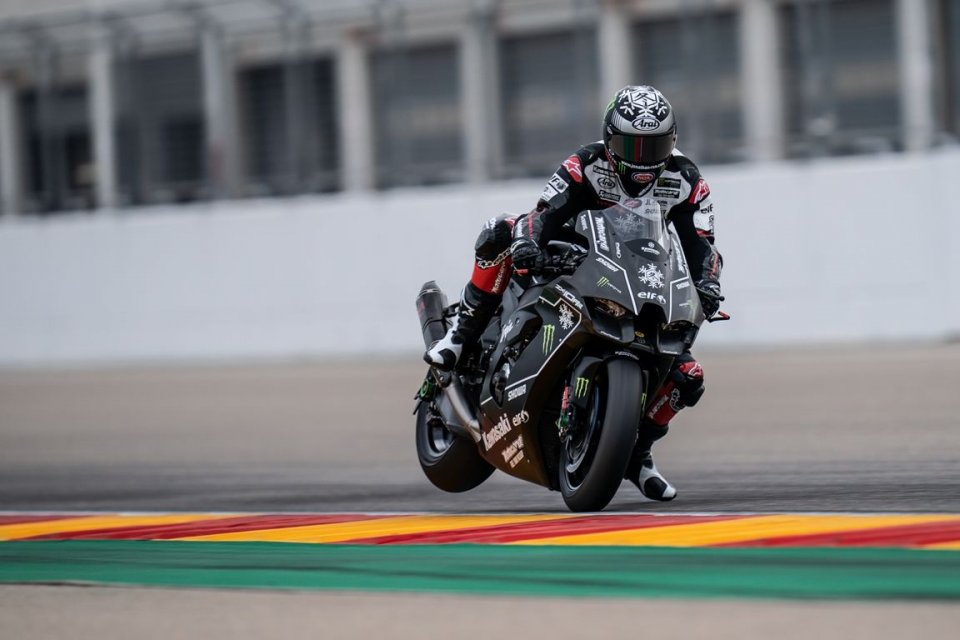 Aragon was supposed to be the last chance to sharpen their weapons in view of 2021, but the weather got in the way, since the fog prevented Johnny Rea and Alex Lowes from taking to the track with the new Kawasaki on Thursday.

A total bummer! The team was forced to pack up, load the bikes onto the trucks, and leave for Barcelona, home of the KRT team.

So that’s how 2020 ended for Rea, who’ll be back on track with the new year, or January 20th-21st, on the Jerez track for the first test of the new year: “Unfortunately, we weren’t able to get out on the track today,” the Cannibal commented. “We could hardly see anything because of the fog, so we decided to pack up all the material. But I’m happy with the work done. The bike turned out to be competitive and fast after the two tests and the feelings are positive. Now I’ll just have to go home and spend time with my family. At the same time, I’d like to thank the team for all the work done and the effort made on the track.”

Alex Lowes is also confident: "Today wasn't a productive day, but the work done so far has led to interesting feedback,” the British rider stated. “The approach to the new bike proved to be positive, and that’s where we’ll have to start next season.”