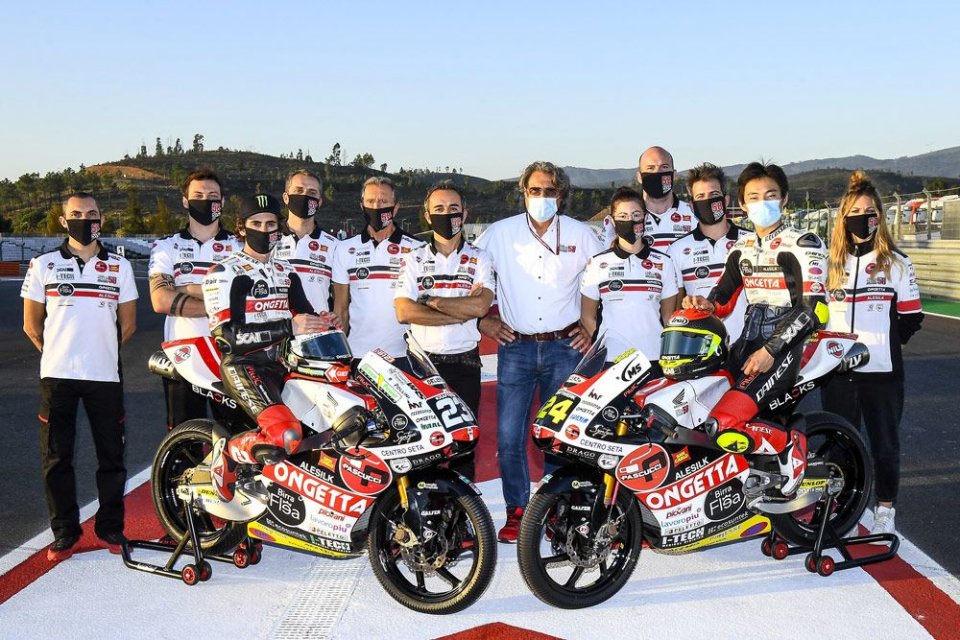 More than mere press releases, those written by Paolo Simoncelli are pages of a diary that has accompanied the whole season. Now that it has come to an end, it is time for the final chapter, the traditional end-of-year balance sheet.

Paolo did it, with the usual honesty that sees him find no excuses.

We leave you to his words.

“Finally this clumsy year is over.

I'm sorry to say "finally" for two reasons: first of all for you, because I saw your desperation on social media be like "Noooo! Last weekend of races, how can we spend the following?". Second, I am conscious we have just to be grateful because, despite all the adversities, this enormous circus called the World Championship has been able to go on and we have to thank Dorna for managing everything perfectly until the end.

But at the same time I feel to say "finally" for us, because arriving at the end, in this situation of discomfort, was tiring: two swabs per week, travelling in precise days trying to get to Spain sometimes in more than 10 hours because there were no other flights, to lock ourself inside the hotel for three days in between races in self quarantine. And also for our story. Our ambitious programs flew away, we couldn't reach any target we thought at the beginning, when I bet on us. If I think about it I get so angry and psychologically, thinking about all these problems, it became a stressful situation.

After an overwhelming start, with three Pole in a row for Tatsuki, everything switched off , here in Misano with his broken wrist and it got even worse as we reached three crashes in a row in the last races (not always for his fault). With Niccolò everything went on the opposite, he began not at his best but nearly to the end he closed with his best performances of the season. Anyway this wasn't what we were expecting. We have been undertone with black&white performances.

After Portimao we should have gone to Jerez for 2021 tests, also to meet our new rider Fellon, but after the last race, on Sunday, I thought it was better to definitely close the season, to change the scenery and to go home.

I would like to congratulate with Tony Arbolino, he grew up with us since 2014, when he was just 1m tall and he debuted in the World Championship with us in 2017, I'm happy for his success. I've always said he is an "artist of the bike", I've always thought he was a talented rider. Also another ex-rider of ours, Yari Montella,  will begin to compete in the Moto2 World Championship in 2021, and this makes me so proud of the work we are doing with these young kids.

Also this year, this crazy and unpredictable show came to an end and with it also the season 2020.

We are already working for the next season, and it just came out the new 2021 provisional calendar, hoping that everything will go back to normality. The old and simple normality, with the chaotic paddock, awakened by the huge enthusiasm after a year of absence, the hospitalities full of people and the stands so noisy and so full of you.

Are we still dreaming? Of course! In this difficult 2020, TO DREAM is the only thing no one can take away from us.”

Inaugurated at Coriano the 'Sic 58' bench dedicated to Marco...