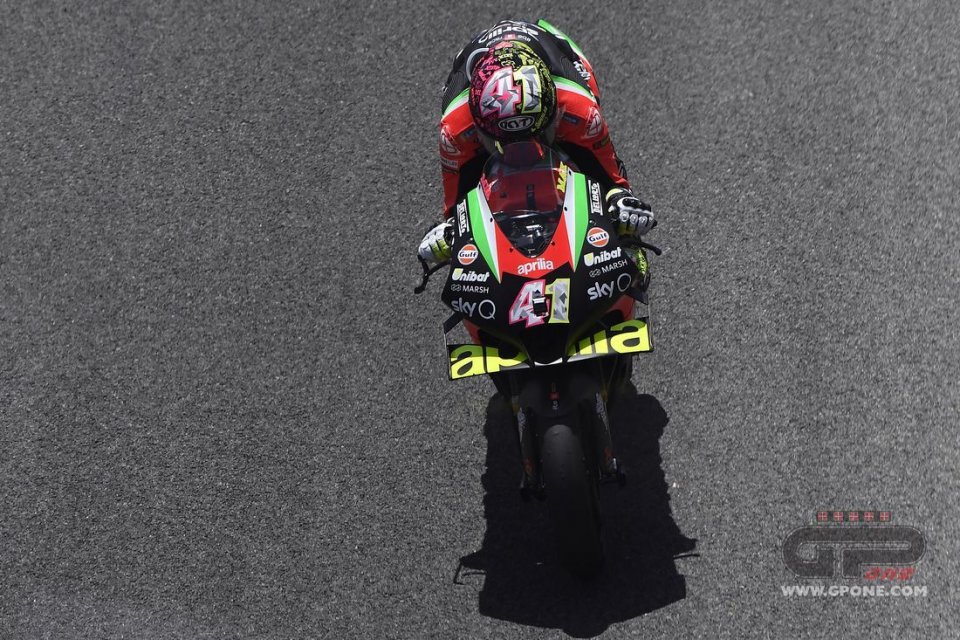 Aprilia has wasted no time at all in preparing for next season and taking advantage of the concessions, the only manufacturer to be able to do so, it was already on track at Jerez the day after the Portimao Grand Prix. Initially the tests were scheduled only for Tuesday and Wednesday, but the weather forecast made it preferable for the men from Noale to start one day early. They did the right thing, because today a violent storm hit the Jerez track.

These days of testing have been very important to be able to plan the work of the racing department in the winter because there were two prototypes of the 2021 RS-GP on the track.

The engineers of the Veneto company first worked on the engine, and while the base of the V4 remained unchanged, the thermal part received updates, as well as the exhausts. Some videos have circulated on the web in which can be heard a different noise from the 4-cylinder engine from what we were used to, so much so that doubts arose that they had switched to an screamer-type firing order, but the new noise only seems to be due to the new exhaust system.

The power unit was not the only part that received updates, the 2021 RS-GPs were in fact equipped with two different chassis. Furthermore, tests continued on the carbon swingarm, which Aprilia has been working on for some time and which it will probably use next season.

On Monday morning it was Bradley Smith who shook down the two bikes, while in the afternoon Aleix Espargarò carried out the first back-to-backs between the current and the new RS-GP. Tests that continued yesterday but, in this case, between the two 2021 prototypes.

The Spanish rider finished his test yesterday and today Lorenzo Savadori and Bradley Smith had one 2020 and one 2021 RS-GP at their disposal. Unfortunately the first drops of rain fell during the night and the two riders found the Jerez track not in the best condition, then the weather worsened further and it was not possible to continue lapping in the afternoon, as can be seen in the photo below. 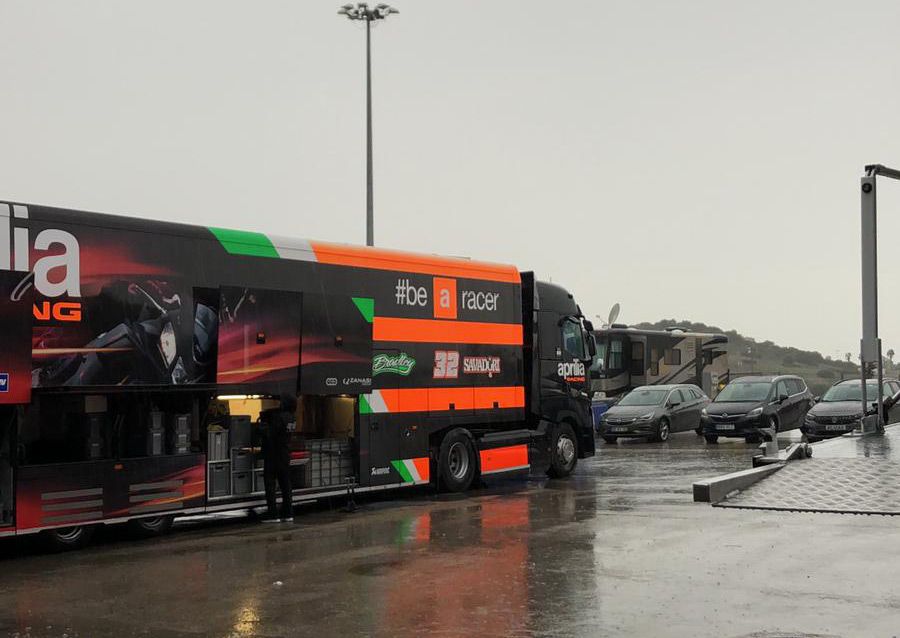