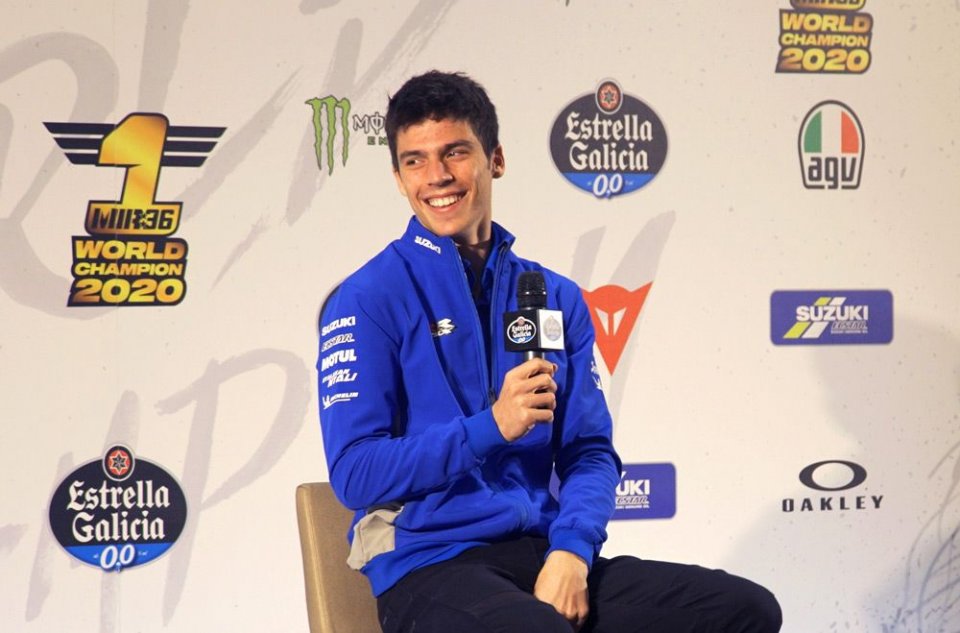 Joan Mir was the protagonist of a press conference in Madrid organized by his personal sponsor Estrella Galicia. An opportunity to take stock of an extraordinary year for the Suzuki rider, who managed to win the title of MotoGP world champion.

"It is strange for me to see all the journalists live again, because this year I only had contact with them through the computer screen," he joked.

Mir talked about this unforgettable vintage season from the very beginning.

"In the pre-season tests I felt strong enough to fight for the top five in all the races - he explained - The big difference with the past is that this year I was stronger in the final part of the races. We had some bad results, like at Jerez or Brno, where I hit rock bottom, but we arrived in Austria and I felt competitive. I scored my first podium and from that moment, even if I had some doubts, we went to Misano and saw that I was also fast. I thought maybe we could fight to stay in the top three at the end. In the last part of the season I had the pressure to fight for the championship, but also not to get sick in order not to be excluded from the competition".

Everything went in the best possible way, but Joan is already thinking about 2021, the championship in which he will have to defend the title.

"This year I was able to show that we were competitive - he underlined - We know that the package that Marc Márquez and his bike make up has been very fast over the past eight years and to continue to be at the top in 2021 we must continue to improve, make the bike a bit faster and improve in practice, fight for pole position and victory. All of this will be necessary to fight against Marc ".

"I hope that next year we will not have as many different rivals as in 2020 - he said - My teammate is fast, Fabio Quartararo is fast too, as are the riders of other manufacturers who have shown a great level this season. ".

Mir will start as favourite, having the number 1 on the fairing...

"Winning the title takes the pressure off you, but on the other hand it puts pressure on you in a different way - he explained - The pressure doesn't scare me, it definitely helps me to get more out of myself and get better results. If I have this pressure from the start of 2021, I think I can do well ”.