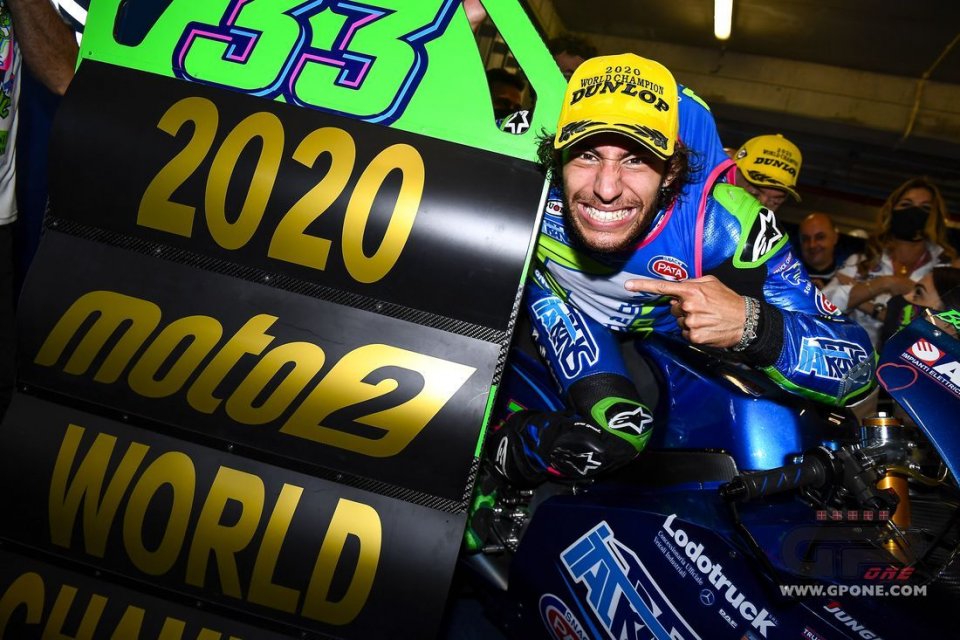 The curtain falls in Portimao. Miguel Oliveira closes the door, like a good host. Just to not make a mistake, he arrives at the finish line well in advance, while Miller and Morbidelli argue over who has priority. Jack wins, but Franco – as world championship runner-up – is also happy.

A few tears in the pits, including farewells from Crutchlow and Dovizioso, but also Valentino, who will move to the next garage.

Bastianini's face, on the other hand, is wet with joy and Prosecco, all that is needed to celebrate the title. While Arenas, a little earlier, had done it with an ice cream.

The games are over, we all meet again on the track in a few months’ time. Hoping that Covid will no longer be the (only) spectator.

THE GOOD – Good old Enea Bastianini, who found out that he was a champion even before becoming one, put every piece in place and the picture is complete. Good old Luca Marini as well, racing as he should, aiming to win and nothing else. Good old Sam Lowes, for whom a podium with a hand in pieces is a miracle and a proof of stoicism and determination. Good old Remy Gardner, with a first victory as a mature and intelligent rider. Good old Marco Bezzecchi, for having shown that he too can fight for the title and who will surely try again next year.

THE BAD - The show offered (once again) by riders, team managers and crew chiefs in Moto3 qualifying. At the end of the race it is hard to figure out who is the least dumb, rather than who is the smartest. Only Raul Fernandez, who scored 6 pole positions during the year, is saved from the pot: a demonstration that what counts more is the right wrist, instead of the Saturday strategists. 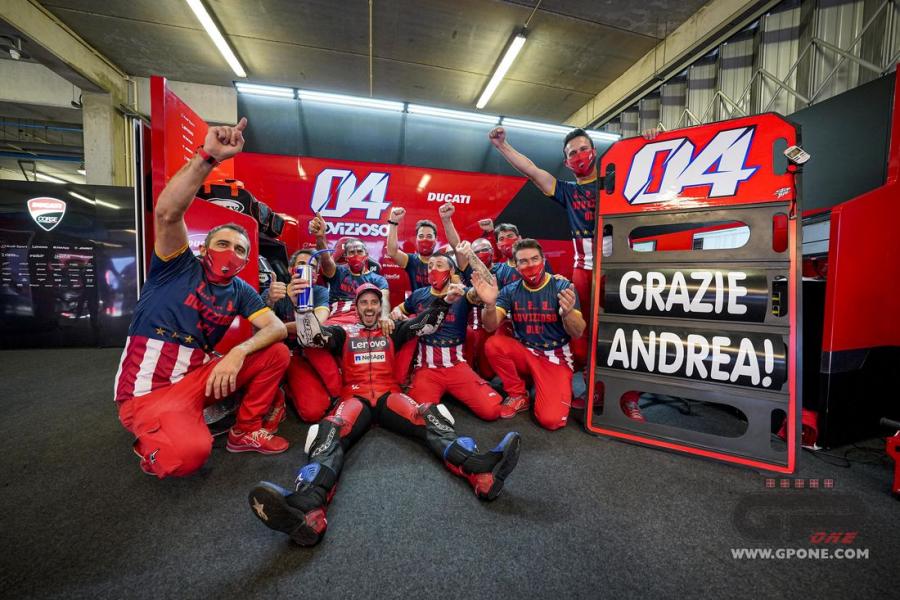 THE UGLY - The time to say farewell is always the saddest. Portimao was the last race for Cal Crutchlow and Andrea Dovizioso, different stories and different goodbyes, but it will be a shame not to see them again in the pits. For the Brit's jokes, the Italian’s accurate analysis, but above all for the emotions that both have been able to give in all these years on the track. Never Say Never Again, maybe Cal and Dovi will still surprise us.

THE DISAPPOINTMENT – Whether for his bumper car move on Bagnaia, or the electronics of his Suzuki which decided to go on vacation early, or an understandable drop in voltage, Joan Mir's first weekend as world champion was the lowest point of his entire season. For him, winter began a few days earlier.

THE CONFIRMATION - He celebrated with an ice cream on the track a title that after a few races seemed like something that would be over and done with quickly, but which turned out to be an ordeal until the last few meters. The booty at the start of the championship was the investment that opened the safe of the World Championship to Albert Arenas and that was more than enough. 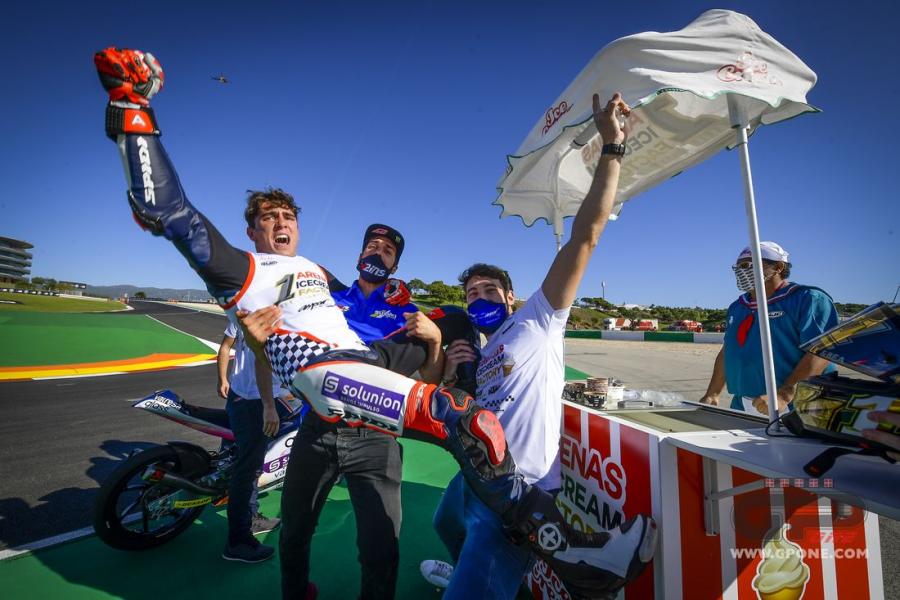 THE MISTAKE - Timing is everything and Tony Arbolino just didn't have it in qualifying. That 27th place from which he started cost him his last hopes for the title, a lesson that will make him grow, one learnt in the worst possible way.

THE SURPRISE - Nobody asked Stefan Bradl for anything, catapulted as he was from the role of test rider to that of full-time replacement for Marc Marquez. In the last race he picked up all the satisfactions he hadn't had all year, both in qualifying and in the race. Better late than never.

THE PASS – This time the rematch went to Jack Miller, whose account with Franco Morbidelli was still open after Valencia. This time there was no victory at stake, but a 2nd place that gave the manufacturers’ title to Ducati. 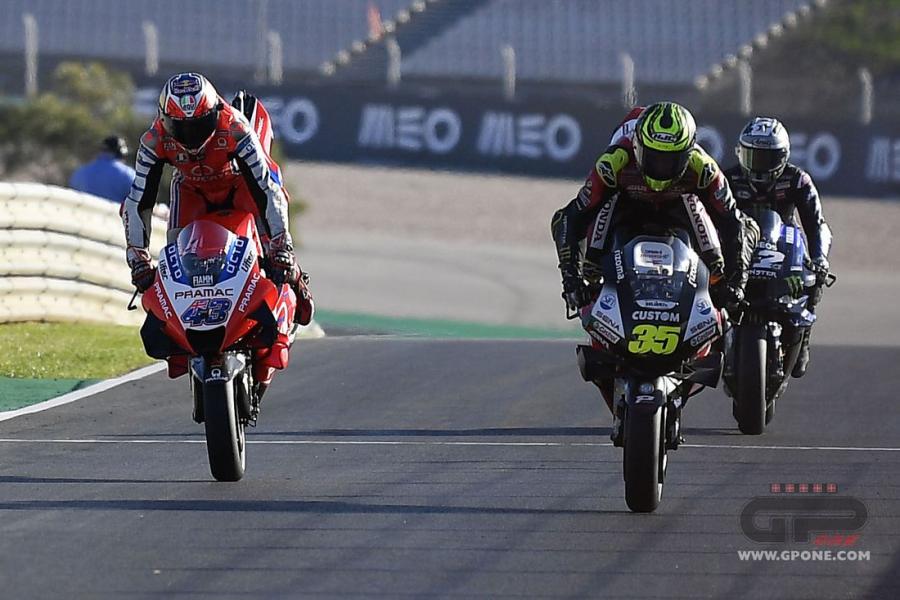 THE CURIOSITY - It had been 16 years since the last podium without even one rider from a factory team. That was 2004, in Qatar, with Gibernau ahead of Edwards and Xaus.