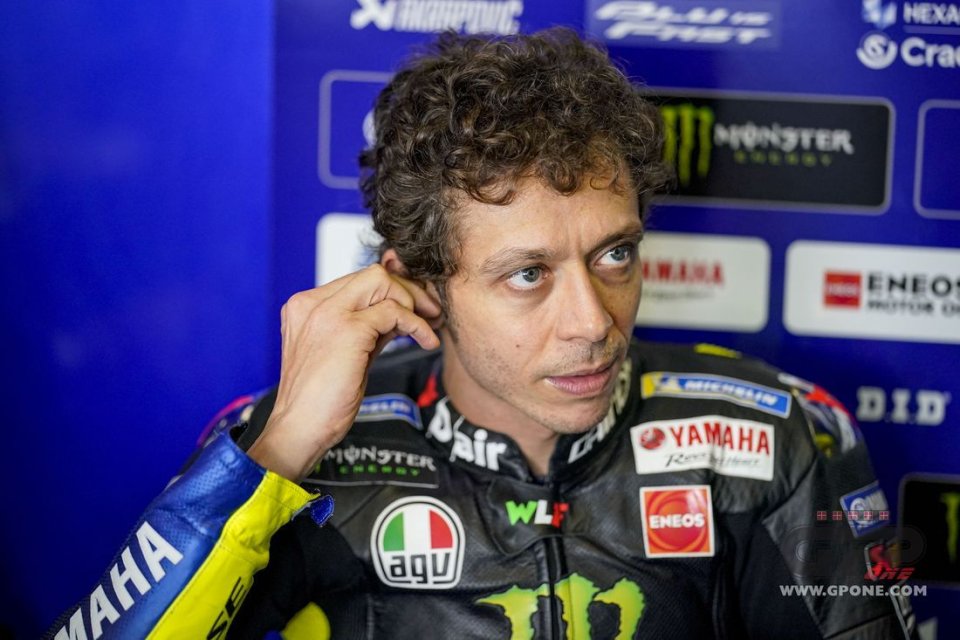 Seeing Valentino Rossi in the Portimao pits, the impression you get is that was tired, as if Covid had left some trauma from a physical point of view, or that he had particularly suffered from such a complex season and with all the races one after the other non-stop.

“Unfortunately it's not that, I'm just going slowly” he joked after a qualifying in which he obtained very little, summed up by 17th place on the grid.

"From a physical point of view I’ve completely recovered, already 5 days after catching the virus I was fine - he explained - I waited about ten days to resume training and I did it as usual, for 3 hours a day".

So you are not looking forward to tomorrow afternoon to finish this season?

“If there were other races on tracks that I like, I would be ready to race them. Many people hate this 2020, a disastrous year, as they say, and everything went wrong from the beginning. Let's hope it's just a matter of this year (laughs). I always like to race, but it is also true that after the last race, especially this year when there will be no tests, the holidays will begin and a little relaxation will be needed after such a complicated calendar, even if I don't feel particularly tired ".

Morbidelli will be taking part in the Rally of Monza World Rally Championship race, what are your four-wheeled plans for the winter?

“I'm sure Franco will have a good time, but I won't be at Monza. I decided to the Gulf 12 Hours, in the Kessel team’s Ferrari, together with my brother Luca and Uccio, like last year. This time it will not be in Abu Dhabi but in Bahrain and I can't wait. It is scheduled for January 9th and I hope that by that date the situation with Covid will be better, because the feeling is, as they say where I am, that we are not out of things yet ”.

Speaking of your brother Marini, what advice do you give him for tomorrow's race, as he still has some hope for the world championship?

“Luca had a very good approach today, he did everything well apart from towing Gardner and giving him pole. When he feels strong he must do like that, go his own way. Realistically, tomorrow he can only think about winning the race, which is always important. Bastianini was also very good today, he sorted out his day on the last lap, he is fast ".

Both will move up to MotoGP next year…

“The list of strong young riders in MotoGP is already long, Moto2 seems like a good school because they manage to be fast right away. There are many strong riders in this new generation, starting with Mir. Luca and Enea have done fantastic things in Moto2, they will fight for the championship until the last race, and next year they will have a good team and a good bike. They will be competitive ".

Going back to you, why these difficulties in Portimao?

“Yesterday was a difficult day, we started too far behind. I was having trouble riding my Yamaha and we had tried different things. Today we worked better and I was able to improve especially in terms of pace, now the tyres are less stressed. The problem is that they are all fast and I am not very fast, there are other things to sort out for tomorrow. I'll start from a difficult position, but I'm in a group of riders who have a similar pace to mine. I'll have to try to do my best and bring home some points”.