2020, among other things, will be remembered as the year without Marquez on the track. After the first GP of the season, Marc embarked on an ordeal the end of which is not yet in sight. The hope, at this moment, is to see him again on his Honda in 2021, but no one seems to know the precise timing of his recovery.

At Portimao it was Alberto Puig, HRC team manager, who spoke about the condition of the Spanish champion.

"The situation is what we have explained, I can't say what I don't know because first of all I'm not a doctor and I don't even have a crystal ball - he tried to play everything down - What we explained is based on the program decided together with the doctors , I hope everything will be ok. Clearly it is a slower process than we expected and wanted, but that's the way it went. Not everything goes the way you think and not all injuries evolve the way you would like ”.

There is still no date for Marc's return...

“We tried to explain the situation race by race, so to speak, because we had the hope that Marc would return during the season - continued Puig - In the end there was no time left and we said it would be impossible. Now we hope that in the coming weeks or months we will be able to announce that our rider will be back in full shape, but at the moment I can only hope so”. 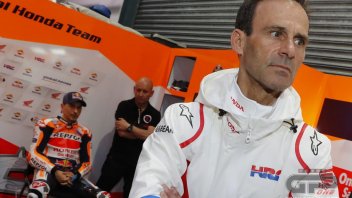 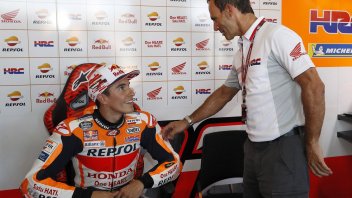