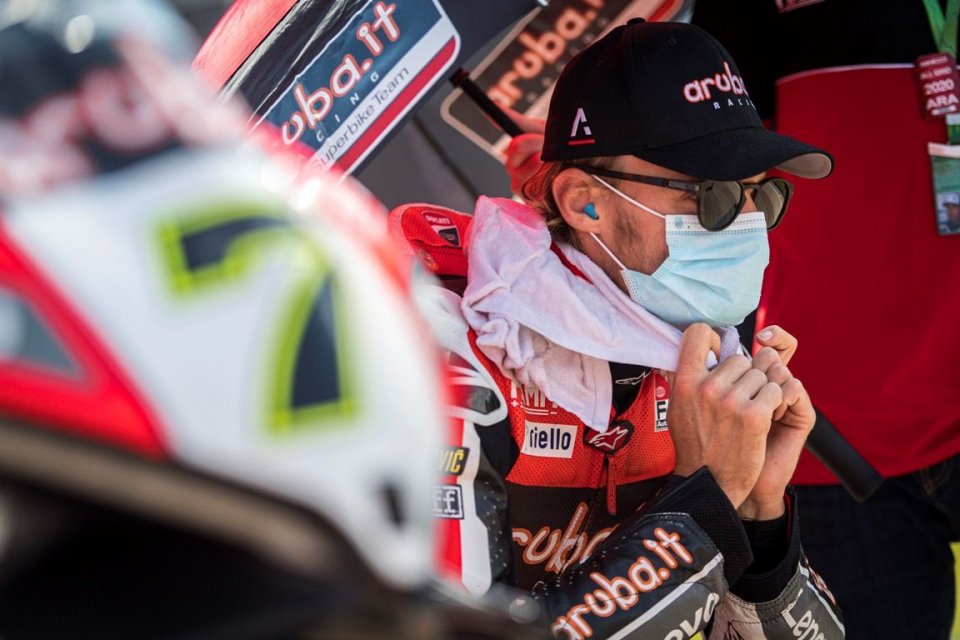 At this point we seem to be faced with a game of chess or something very similar. One player moves a pawn, then waits for the rival's move to understand how to respond and try to retort. This is what is happening at Aprilia, where the search for Andrea Iannone's replacement has also involved the Superbike market.

The Noale manufacturer has been in touch with Chaz Davies in the last few hours, offering him the opportunity to get on the RS-GP in 2020. A last-minute move, which could risk bringing an end to the negotiations in course over the last few weeks between the Welshman and Go Eleven, obviously to the benefit of Ducati.

In this case, the use of the conditional is a must, since there are very few certainties. The only one is that Davies has received a call from Aprilia. Certainly this move did not entirely go down well with Ducati, as well as with Go Eleven, who for weeks have been working to define a difficult deal, that is to place the #7 in the Piedmont-based team, guaranteeing him equal treatment as a factory rider.

The operation seemed to have arrived at the final details, but at the moment the signature on the contract has not yet arrived. A situation that certainly does not help Go Eleven to sleep peacefully, as well as Ducati. In the event that Chaz and Aprilia unexpectedly get together, the risk is to remain with the short end of the stick.

Nevertheless in Borgo Panigale they certainly do not want to leave Gianni Ramello's team left high and dry, especially given the collaboration that has strengthened over the last year between the two parties. Precisely for this reason, Ducati is evaluating the path that leads to Loris Baz, still looking for confirmation for 2021 with Ten Kate.

In the last few weeks, the Frenchman has had several contacts with Marco Barnabò, who however seems to be oriented towards offering the seat of the Panigale V4 to Tito Rabat, excluded from MotoGP to make room for Luca Marini. If the path seems to a complicated one to follow with the Barni team, a possible failure of Davies to go to Go Eleven could certainly pave the way for the Frenchman.

On the other hand, as we are now in mid-November, the market is offering very little, because either you hedge your bets on a gamble, or you try to stay in that medium-high range of riders that includes Loris Baz. For sure, finding an alternative of the same value as Chaz is complicated, virtually impossible. The Frenchman could therefore be a good compromise.

These are therefore the current scenarios of a crazy and unexpected rider market… as was MotoGP 2020. The pawns are all on the board, all that remains to do is to wait for the next move.