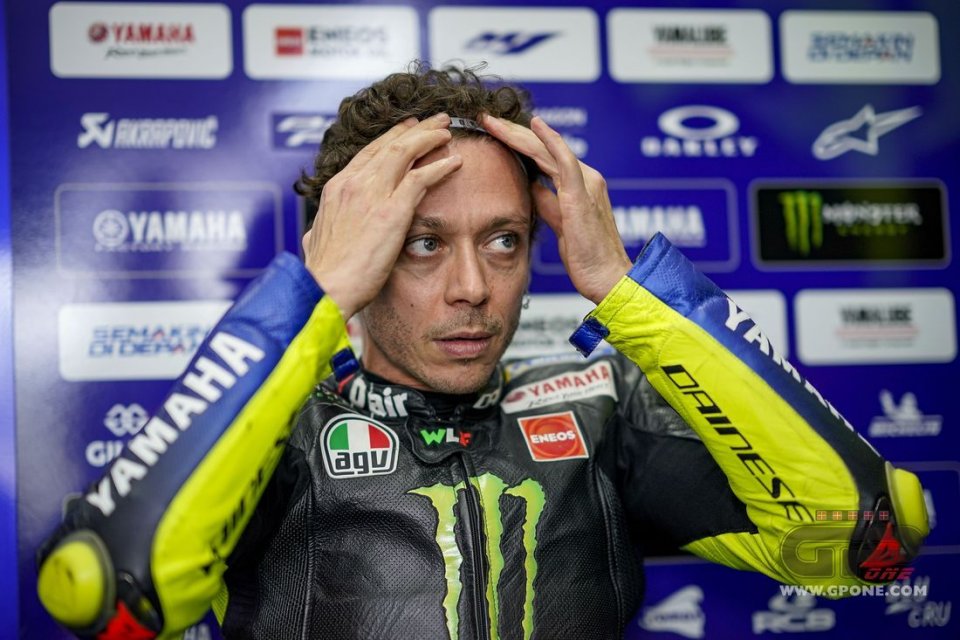 Franco Morbidelli will start tomorrow from pole position in Valencia, Valentino Rossi from the sixth row, while the other Yamahas are in the middle. Apart from his personal difficulties, the Doctor emphasized that the new M1 didn’t present a clear improvement over the previous version, and today’s result seems to agree with him, considering that Morbido rides a less advanced bike.

“It’s not the first time that a rider with an old bike is faster than those with the factory M1. It’s happened often in recent years,” the Doctor specified. “In my opinion, what’s needed is serious work to improve.”

Do you mean that they haven’t moved forward since 2019?

“The problem is that last season was a difficult season for Yamaha, and we needed to improve the bike in some areas. The engine and the grip on the rear, for example. Instead, from the first time I got on the new M1, I had the feeling that not much had changed. I’m not saying that it’s worse than the 2019, but they’re really similar. We haven’t been able to move forward like we wanted to.”

Starting next year, you’ll no longer be on the official team. Will you have less influence in development?

“I always try to best explain my feelings on the bike, and the problems I think I have but, in recent years, they’ve remained more or less similar. I’m not sure if they’re listening to me even now, so I’m not worried about joining the satellite team. I don’t think it’ll change much,” he said laughing. “Let me be clear. I like working with Yamaha. I have a lot of experience, and I think I’m a very sensitive rider, that’s why I try to give information as precise as  possible. But we weren’t able to improve much.”

Next year, with the engine development frozen, not much can be done.

“I don’t think so. It’s true that the engine is one of our weak points, but there are a lot of other things to do on a MotoGP, even without intervening directly on that. If Yamaha wants to, there’s a lot of room for improvement.”

Is it a problem in method?

“In recent years, things have changed. First everything came from Japan, but now the other manufacturers have structured themselves in a different way. They have more teams of engineers working. Yamaha has to adapt to this new method.”

Morbidelli is still in pole today.

“I did a few laps behind him in the FP4s, and I must admit that he rides really well. He’s in great shape. He has the bike under control and manages to enter corners with great speed.”