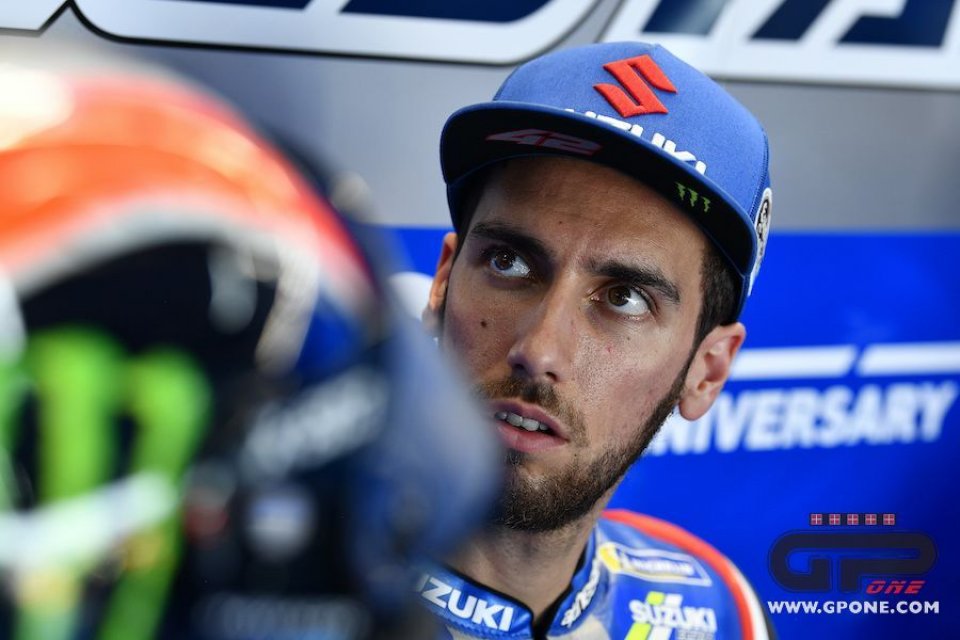 His teammate could close the world championship, but Alex Rins isn’t giving up, even if he realizes the titanic undertaking that lies ahead (although, instead of a Titan, he’ might need a miraculous angel instead).

“I can still win the world championship,” Alex said. “But I know that Mir has more options to get the title. It would be strange to see him lose. It’ll be very difficult to bring a lively world championship to Portimao because Joan would have to be left off of the podium, and we all know that it’s a difficult thing at the moment, since he’s really constant. My goals have changed over the course of the season and, maybe, if I had been in the fight from the beginning, something would have changed, especially at Le Mans.”

Before getting back to the world championship topic, let’s stop and focus on the news of the week: the Iannone case. You worked with Andrea in Suzuki for two years. What do you think of the 4-year penalty that the CAS has decided to inflict on him?

“I think the penalty they gave him is disgraceful. I know Andrea and, right now,  I can only say ‘Come on Iannone, hang in there!’ I hope to see him here with us in the future.”

A few options for the rider’s championship but many for the teams and manufacturers. Are those goals also important?

“Absolutely. To win the rider’s championship, I’d have to finish first this weekend and beat Mir. Obviously, your teammate is your first rival and, if we’ll have to fight it out on the track, we’ll both be very respectful. The Triple Crown would be a fantastic result for the team. We all work for it and will try to get it. Obviously, if we win, I can’t wait to go to Japan to celebrate at the factory.”

Right now, you and Joan are two direct rivals for the title. What’s the team’s mood these days?

“We haven’t seen Joan these days, but there’s a good mood in the team. We eat together and everything. I’d say that the last race didn’t change things in the team. This weekend’s goal is to win. I have to do my job and prove what I’m worth. If I manage to win, it’ll be my second win of the year, and then I know I still have some mathematical options for winning the championship.”

Rins: “I knew Dean Berta, the SS300s should be more powerful”