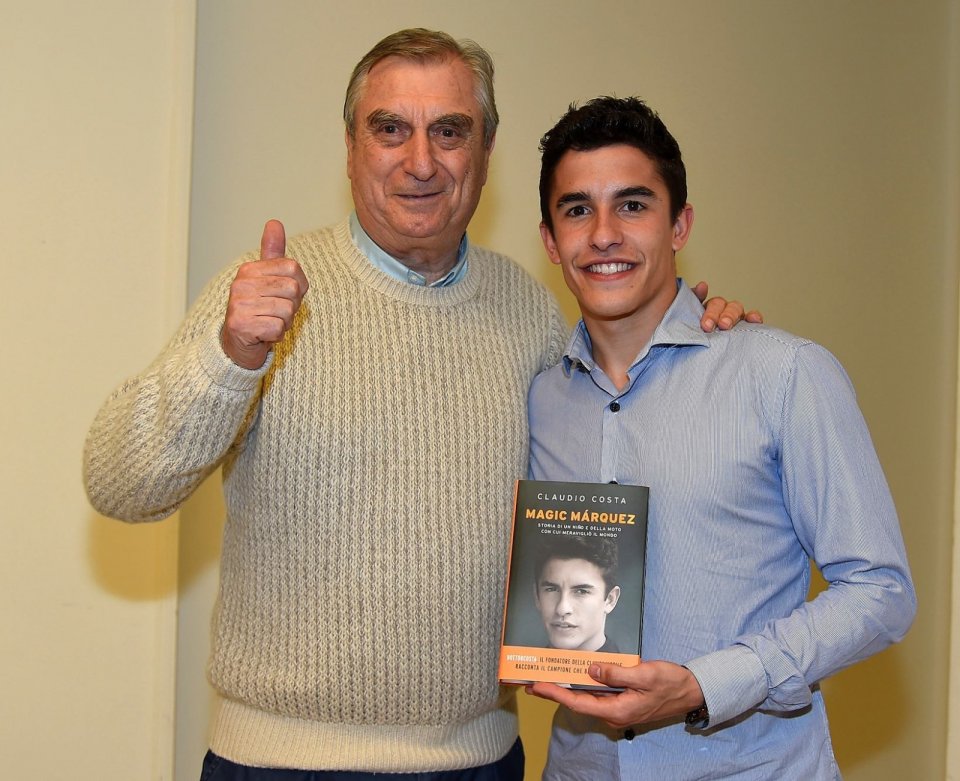 There is talk of Marc Marquez having to undergo a third operation, after the first news published in Spain and denied by Honda, continued to circulate together with further details. Details that have received indirect confirmation from the latest Honda press release: the one in which it was made official that 'Magic Marc' would not take part in the Valencia-Portimao triple-header that concludes the season.

Why so much caution? The only possible answer is that after the long ordeal (read HERE) the fracture of Marc's right humerus bone has developed what is called a pseudoarthrosis. Pseudoarthrosis is defined as the nonunion of a fracture approximately 6 months after the traumatic event. It is a late complication caused by the interruption of the normal healing processes of the fracture.

But we have seen - and he himself published the images on social media - Marquez training, even with weights. How can this be possible?

In fact, we can read in medical texts what Marquez's current problem may be: "patients suffering from pseudoarthrosis complain of persistence of pain a long time after the traumatic event. This pain can be constant, or it can only be felt with weight bearing or movement. X-rays in the appropriate projections are usually sufficient to make the diagnosis of pseudoarthrosis. In some cases computed tomography and magnetic resonance imaging can be performed, also to plan particularly complex interventions ".

Therefore, this could be the case of Marc Marquez, which at this point could / should be solved with a third intervention. But how could all this have happened?

Dr. Costa, who has treated hundreds of injured drivers, explains it to us. And it is incredible that Honda did not ask him for advice, given that he had immediately expressed his doubts, also because we know that through the intermediation of Lucio Cecchinello, the famous traumatologist had made himself available.

"Marc has a humerus fracture in an area above the nerve, and therefore from this point of view there should be no problems - explained Dr. Costa - A humerus operated with screws and plate takes three months to heal, but sometimes it takes more time to consolidate and in the worst case can lead to a pseudoarthrosis. If it's a single delay, there can even be more than three months… but here we are talking about a rider who should be on track by the end of February. If he were to do another operation now he would barely be ready for testing next year. It is necessary to be very careful with the recovery times ".

What does the resolutive intervention for pseudoarthrosis consist of?

"You take two sticks of bone, usually from the iliac crest of the pelvis and make a 'sandwich'. The humerus is 'packed' together by two opposing bone sticks and 'lashes' are placed in the area of ​​the fracture, i.e. grated bone ".

Is this the only possible intervention?

“No, external fixators can also be used, like the one that was applied to Doohan's leg but…”.

What is your doubt?

“We saw that Marquez was training with weights. It can be done, if the plate and screws hold. But if all the screws they put in are healthy, that is, none broke together with the plate after the accident with the window, you can remove everything and the channel is free and you can insert a pin which is always the best solution. And I had suggested this from the very beginning ".

What experiences do you have with similar fractures?

"It is very rare, Noboru Ueda suffered a similar fracture in 1998 and it took three months to heal. It is a nasty bone. I would have inserted an intramedullary pin from the beginning and there would have been no problems. He might have had shoulder pain and there was obviously the risk of causing damage to the already injured shoulder. I don't always want to look like the top of the class: Marc would have decided, but if he had told me after the accident that he wanted to race I would have put a pin in.”

What can happen, however, if one of the screws has broken? Can they be removed?

"They cannot be removed, in that way the humerus is demolished. If he has pseudoarthrosis now, things become very long, so I would operate on him… yesterday”.