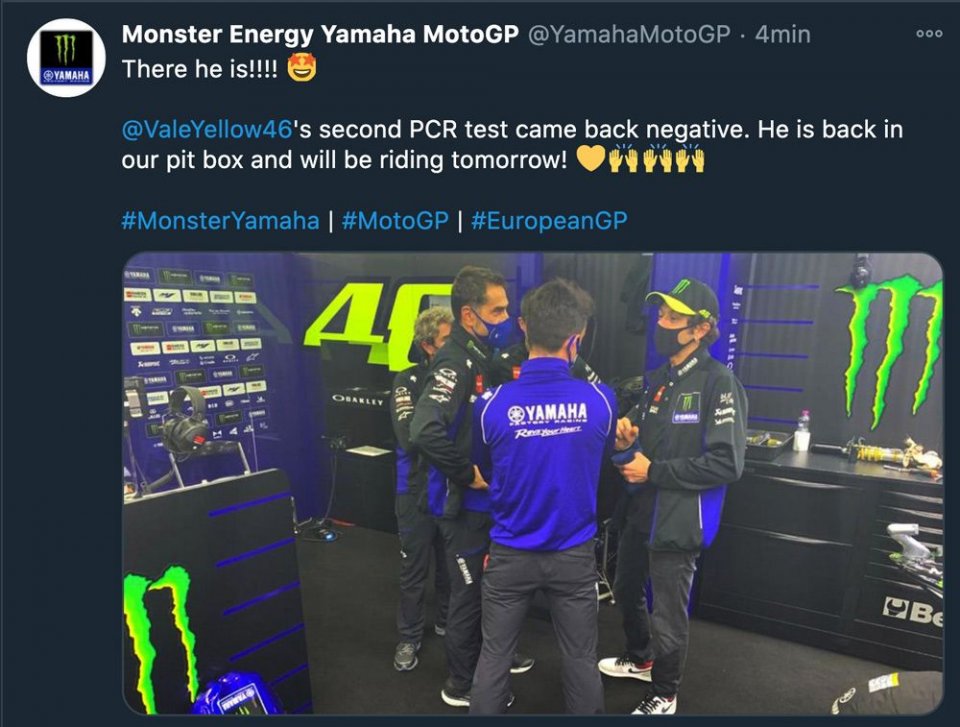 The result of Valentino Rossi’s second swab test this morning in Valencia was the one he was hoping for: negative. This means that Valentino be able to race in the European Grand Prix tomorrow morning and take part in the FP3s.

Yamaha announced it on its social media channels, accompanied by a photo of The Doctor in the garage along with his technicians.

So Garrett Gerloff ended his MotoGP adventure today and will leave the M1 in the hands of its rightful owner.

Dorna to install high-tech digital Flag Panels at all MotoGP circuits in 2021. From 2022, it will be mandatory for circuits that host MotoGP to...
2 hours 38 min ago

This is the news everyone was hoping to hear and means that the season will start in spectacular fashion at the Bugatti circuit, one of the most...
2 days 2 hours ago

Fraser has participated in MotoGP events in the Red Bull Rookie Cup. He also has experience in the Moto3 class and its predecessor, the 125cc class.
2 days 8 hours ago

In the new episode of Inside Pass, Vanessa Guerra takes us into the difficulties of the most unique Grand Prix of the year
6 days 5 hours ago

Andrew Irwin: "I aim to fight for the podium in every race, with Danny we can contribute to the development of the bike". Danny Buchan: "With the...
6 days 23 hours ago

The organizer has announced that there will be no spectators, for now the race is confirmed unlike the already cancelled motorcycle 24 Hours race
1 week 1 hour ago