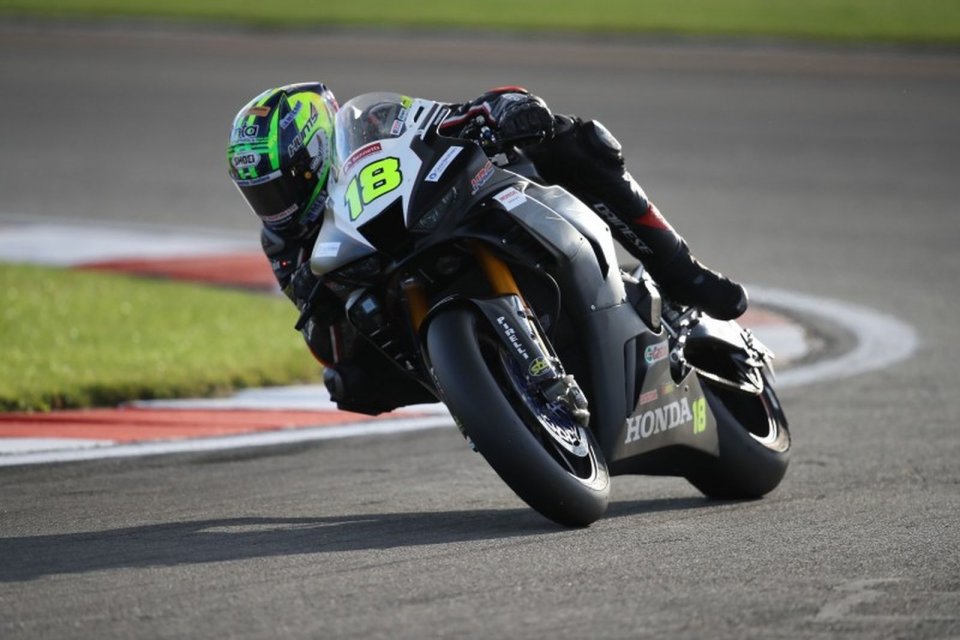 Incredible, but true: Andrew Irwin and Honda Racing UK will not continue together next season. The news arrived yesterday evening, like a bolt from the blue following the issuing of a press release by the team headed by Havier Beltran. After two seasons full of ups and downs, victories and (above all..) mistakes, the partnership comes to an end with the 25-year-old's desire to soon start a new chapter in his career. This news has had a resounding effect and opens up numerous possible scenarios.

A crystalline talent, but too often tending to make mistakes

Runner-up in the 2017 British SuperSport 600 championship and with a past experience in the world category with CIA Landlord Insurance Honda, Andrew Irwin took his first steps in BSB British Superbike in the second half of 2018 in the Be Wiser PBM Ducati Team replacement for the irreplaceable Shane "Shakey" Byrne. After an initial phase of adaptation, in 2019 the Carrickfergus man attracted the attention of Honda Racing UK, one of the most glorious teams in the UK top class (with four titles won in recent years). Despite his great talent, with his first career win at Thruxton, Andrew Irwin immediately stood out for his "on the limit" (and prone to error) riding style: first in Race 1 on his debut at the Silverstone 'National', followed by Race 2 at Cadwell Park, both episodes to the detriment of 2019 Champion Scott Redding.

Having concluded his first full season in BSB with disappointment about not being able to get into the Showdown by virtue of a weekend to forget in Oulton Park, 2020 then began with ambitions of success thanks to the arrival of the brand new CBR 1000RR-R SP. As in 2018 alongside his much more experienced brother Glenn, right from the off the 25-year-old totally dominated the first two races of the season on the Donington 'National' track. However, in a short time, his joy was countered (again...) by over-enthusiasm: in Race 3, in a vain attempt to respond to Josh Brookes' attack, he hit the Australian full-on, causing him to crash violently against the barriers . Once again involving one of Paul Bird's Ducati Panigale V4-Rs, this event forced Race Direction to take away the second place obtained by Andrew Irwin and slap a further three points on his license (the same as following the Cadwell Park accident in 2019). Despite having a competitive technical package, as the rounds went on the Honda Racing UK man slipped out of the title fight due to numerous DNFs achieved at Snetterton, Oulton Park and Donington Park. The last track, this time in 'Grand Prix' layout, marked Andrew Irwin's return to the top step of the podium at the end of Race 1.

What now? The new BMW M1000RR looks interesting, but there could be surprises

In spite of three wins in 2020, something clearly went sour in the Andrew Irwin-Honda pairing after the Brands Hatch finale. As we wait to understand further developments and the reasons behind the divorce, the rider market in 2021 is sure to undergo a major upheaval. As said in the official statement, Andrew Irwin has been enticed by the possibility of taking on a "new challenge" in his career. It is clear that the 25-year-old wants to remain as a protagonist in British Superbike, but it is still not known with which team. There are still several places available, especially regarding those for the brand-new BMW M1000RR. But there could also be some last-minute surprises. At the same time, the hunt for Honda Racing UK's second seat is already on. One thing is certain, the BSB British Superbike winter will certainly be full of interest.