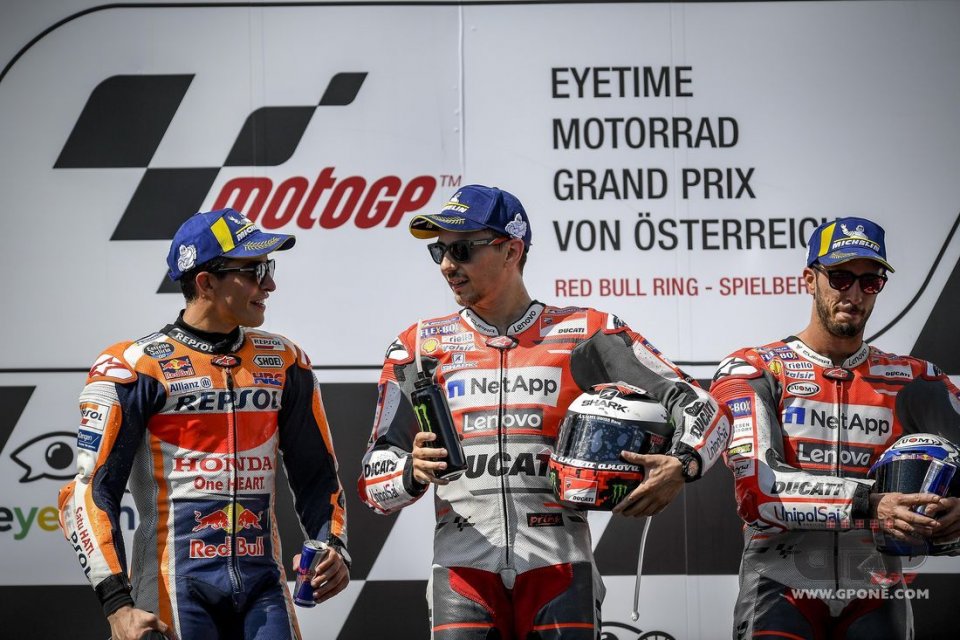 In recent days we have been talking more and more about the future of Jorge Lorenzo (as a test rider, of course) than about who will win the MotoGP World Championship. The Majorcan himself brought the two subjects back into focus, in an interview with La Gazzetta dello Sport.

By a twist of fate, it might be Dovizioso, his teammate in the much talked-about two-year period with Ducati, who takes his place as a tester at Yamaha. “That change would surprise me, but I'm not the one who chooses”, was the sour comment of Jorge, who then spoke at length about the contenders for the title in MotoGP.

Including Dovi: "He had a golden opportunity to win the world championship without Marquez, but for one reason or another he couldn't capitalize on it. From the outside, Dovi gives me the feeling that he doesn’t see himself in MotoGP anymore – was Jorge's opinion - and this, instead of giving him more motivation and anger to go faster, had the opposite effect. He went mentally off a bit and I think it affected the result ".

Lorenzo has clear ideas about who is most likely to put his name on this title.

"My favourite at the moment is Mir - he declared openly - He's solid and the Suzuki seems to me the most competitive bike".

And what about the riders of 'his' Yamaha?

“Quartararo was the favourite and he is no longer, he doesn't have the consistency. Vinales is not showing what many people expected of him, myself included. Morbidelli seems like a very good guy to me, I'm glad he's doing well” he summed up.

He was also asked about Marc Marquez's long period of inactivity.

“For someone as competitive as Marc, mentally this injury will have an effect on his head. I don't know if it will be negative or positive, we will find out in the future" said the Majorcan.