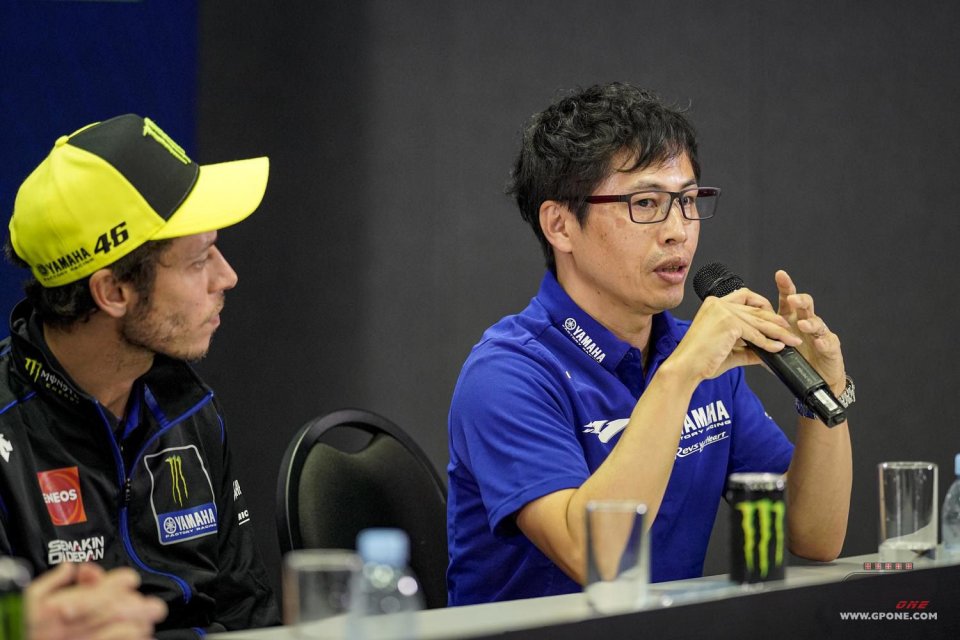 The destinies of Yamaha and those of Andrea Dovizioso could soon cross again, after the period together in 2012, the year in which the Italian rider had a magnificent year in the Tech3 Team in which he obtained six podiums and finished in fourth place in the overall classification at the end of the season. That there was a great understanding between Dovizioso and Iwata's bike was more than clear to everyone, but in 2013 Andrea began his big adventure in Ducati that will end at the end of this season.

At this point, the chances of seeing Dovizioso riding the M1 again seem greater than any other scenarios that have loomed on the horizon over the past months and the failure of the project linked to the return of Jorge Lorenzo to Yamaha in the role of tester has once again opened up the doors of Iwata to the now ex-Desmodovi.

Takahiro Sumi, Yamaha's MotoGP project manager, has been speaking about this possibility, during his analysis of the 2020 season for the Japanese manufacturer. It cannot be defined as a triumphal year, but the world ranking at the moment sees Joan Mir leading the way in front of three M1s, the bike that has picked up the most wins this season thanks to three victories by Quartararo, two by Morbidelli and Vinales' success at Misano.

"Our idea at the beginning was to do more tests in Europe in 2020 - Sumi said - this was our plan, but unfortunately the situation did not allow us to implement it because even just travelling would not have been easy. Obviously we didn’t expect this at all, we lost our advantage and Jorge Lorenzo was only able to do one test after the ones in Sepang in February. It's a shame, but we are trying to find ways to do more tests on European tracks in 2021, we will continue to work in this direction ".

On a direct question on the idea of Dovizioso, Sumi did not take a position, even though Valentino Rossi himself had strongly supported (read HERE) this possibility.

"We are considering how to put together the test team structure," replied the Japanese engineer.

The classification is looking good for Yamaha, yet Sumi is not too happy with the work done in the winter on the bike, saying that the 2020 M1 can still be improved.

"To be honest, we're not very satisfied, but I'm happy with our overall performance. In 2019 we were very strong in free practice and qualifying, but then we lost our way in the race. This was the aspect we wanted to improve on and also top speed remains one of the main aspects of our work. We have made some steps forward over last year, but all our rivals have also improved a lot. The situation from this point of view has not changed as much as we hoped."

As development on the engine is not allowed for 2021, according to what was established at the beginning of the season because of all the obvious economic problems related to Covid, Sumi stressed that development must be focussed on other areas.

"We can work to develop our strengths. Now speed and handling are not only the characteristics of Yamaha. The competitors have improved a lot from this point of view, especially Suzuki. So we have to take steps forward and in any case we will not stop working on top speed, even though the development of the engine is frozen. We have to find other areas to improve, perhaps even paying more attention to our strengths and fixing our weaknesses ".

With three races to go until the end of the season, the spectre of possible engine problems still haunts Yamaha, but Sumi remained rather tight-lipped on this particular matter.

"As for any problems with the engines at the end of the year, the management strategy of our engines is obviously highly confidential. Unfortunately I cannot say anything about this at the moment".