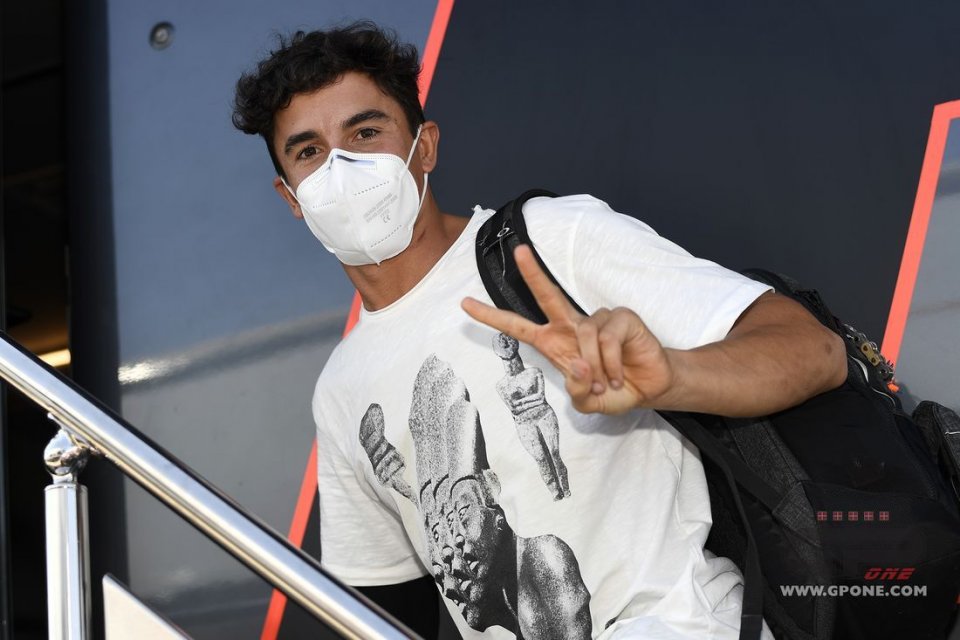 As was to be expected, Marc Marquez will not be on track in Valencia either. In the last few days, some rumours had emerged regarding the possible presence of the Spanish champion in the European GP, but his recovery times are longer than expected and, at this moment, it is not even known if Marc has already had the opportunity to get on any bike to train and check his physical condition.

Honda, in its traditional press release before the GP, has now confirmed the presence of Stefan Bradl alongside Alex Marquez in the Repsol garage.

To be more precise, it has only confirmed Bradl for the next race, but the longer time goes by, the more unlikely it seems that Marc will be back on the bike this year. There are only three races left until the end of the season, moreover three in a row, so there isn’t much time and it doesn't seem that Marquez wants to risk a comeback if his conditions aren’t perfect.

So Bradl will again be back on the RC213V of the Spanish champion: “I am very pleased that the Repsol Honda Team have continued to put their faith in me,” said the German. No one expects miracles from him, but he continued: “We have done some testing at Valencia in the past and in Aragon we made a good step with the bike, I think we can have a good weekend.”

For Alex Marquez expectations are quite different, after podiums at Le Mans and Aragon, even he was unable to score a three-in-a-row result in the second race at MotorLand due to a crash.

“It has been good to have one final week to train and prepare for what will be an intense and demanding end to the season – he explained - We approach it in the same way as all the previous races; looking to improve and show our potential. I rode there already in the test but since then I have changed a lot so I am looking forward to seeing my growth.”

Opening dates of the championship and pre-season tests have been changed. Will start on May 29th-31st in Oulton Park. Other ten confirmed.
1 day 19 hours ago

Havier Beltran's team has announced its line-up, with youngster Ryo Mizuno alongside Glenn Irwin with the aim of going for the title
2 days 13 hours ago

Only four public camps are available to the general public in the new year. Those who attend the racer camp must have previous racing experience.
4 days 16 hours ago

The possibility of a Losail 2, followed by a race at Portimao to replace the Austin GP in Texas, has resurfaced
5 days 13 hours ago

The English rider as strongpoint of the PTR-Triumph project with the 765 in the British SS600. Smith's aiming for the title and racing in the 2022...
1 week 8 hours ago