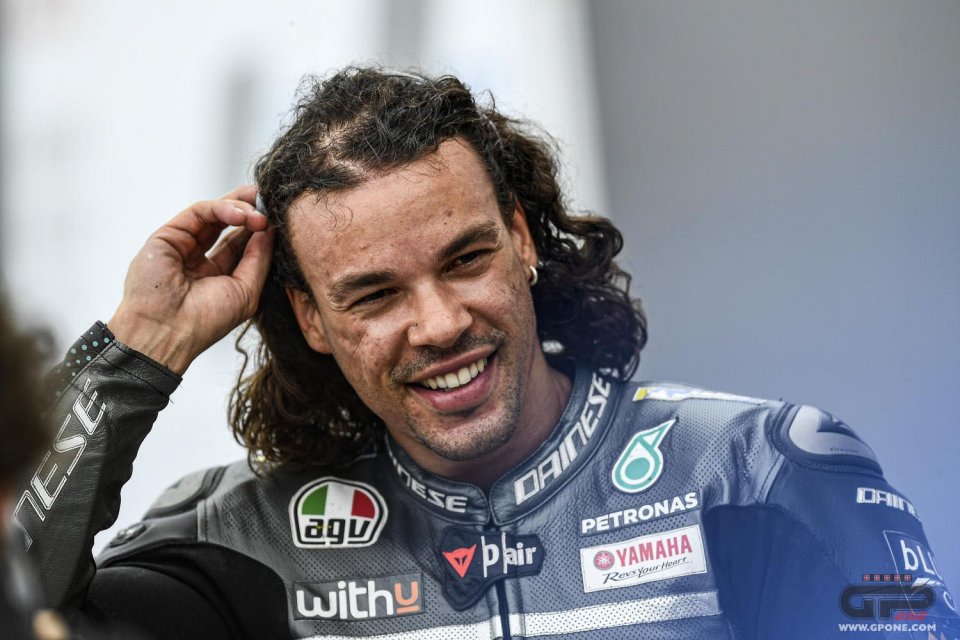 Franco Morbidelli has made a strong comeback in the fight for the MotoGP title thanks to his victory in the Teruel Grand Prix but above all thanks to his consistency throughout the season. However, there are at least three episodes that can be defined as unfortunate and which prevented him from leading the table: engine failure at Jerez, the unfortunate accident with Zarco in Austria and being taken out by Aleix Espargarò at Misano 2.

Yet despite these three zeros that did not depend on his mistakes, Morbidelli is 25 points behind Joan Mir and with three races remaining he is still able to think about the title. In an interview with Corriere della Sera, the Team Petronas rider talked about his current situation, his state of mind and the splendid relationship that ties him to Valentino Rossi, who for Morbidelli is a mentor, a rival on the track and above all a great friend.

"Now I am thinking about the title and I believe in it - said Morbidelli - I am 25 points behind, we still have three races left. Maybe I should stop thinking about how difficult the situation I have ahead of me is, but I am really determined, and this determination pushes me not to give up".

Morbidelli has talked about his relationship with Valentino Rossi many times, but on this occasion he perhaps revealed some aspects that shed even more light on the nature of this friendship based on a profound mutual respect.

"For me Rossi is more like an uncle, he is the person I admire the most. When my father died, that was the most shocking event of my life. Valentino shut me in a room with him and said, 'If you need me, I'm here.' He taught me, he helped me and inspired me. I reacted by looking ahead, rolling up my sleeves and telling myself ‘keep working at it, carry on'. "

The VR46 Riders Academy rider also explained the dynamics with Rossi when the two compete on the track, a topic already broached on occasion by Valentino himself.

"When Vale and I fight, I get angry when he beats me and so does he when I beat him. The nice thing about our friendship is that we do not hide anything. We are two personalities who are good together. Our union is much stronger than any rivalry " 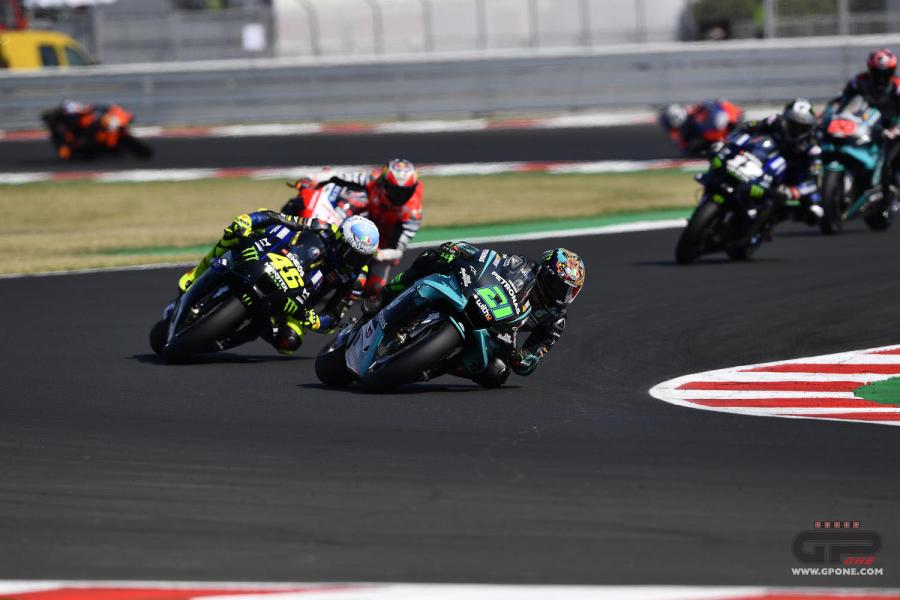 In addition to the figure of Valentino, Morbidelli also spoke about the other people who have always been close to him, helping him to overcome the difficult moments until today when he has become one of the best MotoGP riders around.

"Maybe Rossi and Carlo, my athletic trainer, have played a paternal role for me. Then there's Francesca, my girlfriend. We went to school together; she accompanies me with love and without fear. Women are stronger than us.”

Having a strong teammate like Quartararo was not expected by Morbidelli, with the Frenchman astonishing the entire MotoGP paddock. It is an extra stimulus to improve...

"Having Quartararo as a teammate is both a stimulus for me and a burden. Last year I couldn't stay close to him and this condition helped me to explore aspects of my character that I didn't know at all."

Finally, a few words about Marc Marquez, the big absentee in this 2020 season…

"Marquez is an absolute champion. His absence has given everyone confidence, courage to the others. This scenario has increased the riders’ ambitions by bringing them more out into the open, in which every single mistake weighs a lot. You can go from first to eighth in an instant. In any case, there are aspects of Marquez's work that I do not like. But I certainly respect him, he's extraordinarily strong. "

“I braked in the wrong place at the wrong time. I’ve had worst moments in my career, and I’ve always gotten out of them.”
9 hours 34 min ago

“Marc knows Honda well and will be able to indicate a clear direction to follow. I can’t get a perfect lap when I push. I make too many mistakes.”
3 days 42 min ago