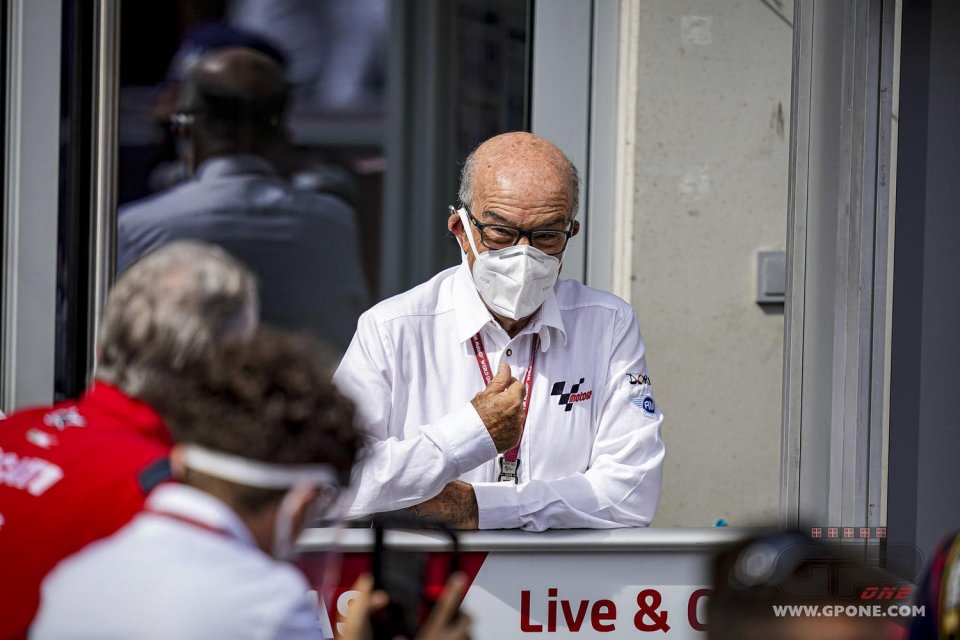 With just three races to go to the end of this troubled 2020 World Championship, MotoGP is starting to think about the next season, 2021.

Two weeks ago the Dorna CEO, Carmelo Ezpeleta, revealed that he already had many of the dates in mind, but that he could not publish them because he was also waiting to know the F1 calendar. This was to avoid clashing dates as much as possible.

The season that is about to end was, from many points of view, a response to the emergency situation, so it boiled down to the need for MotoGP to race at all costs to keep its structure alive, but it was far from be satisfactory from an economic point of view.

Not only have there been fewer races, but often the races were held twice on the same circuit: it happened at Jerez, at the Red Bull Ring, at Misano, at Aragon and this strange anomaly will be repeated at Valencia.

As if that were not enough, the entire calendar of 14 races was compressed from the end of July to November: just five months. This led to a certain overkill in the number of events that negatively influenced the advertising sales of the commercial TVs owning the rights; as a result their visibility figures were not only reduced, but they were also concentrated in relatively unattractive periods, as is usually the case for example with August that always and everywhere sees a decline in advertising revenue.

On the occasion of the French GP, Ezpeleta had already made some considerations on the calendar.

"Our idea for next season is to have a normal calendar - explained Ezpeleta - We should start in Qatar in March and finish at Valencia in November. We have many possibilities, but the important thing was that we have shown that we are able to race everywhere despite the pandemic, we have shown that our paddock presents no risks. We have almost all the dates, but we are not able to publish the calendar yet because we are working with Formula 1 to avoid potential overlaps. But the idea is to have a calendar that spans eight months. "

Now F1 has issued a draft calendar that can be defined as optimistic, to say the least: planning to start in Australia on March 21 is a pipedream, but obviously there are contractual agreements to be respected and, as was also the case with the MotoGP this year, the dates were wiped off the schedule just before the event. This was because in this way the organizers were able to resort to 'force majeure' present in each contract.

Carmelo Ezpeleta, however, has clear ideas and plans to start at the end of March with a 'double-header' in Qatar, to then continue with two nearby races, Portimao and Jerez. A way to simplify travel and keep the 'bubble' alive, which will probably have to remain in place since it is unrealistic to think of a vaccine available and distributed by March.

From there, the world championship should continue in Europe, and then recoup, if possible, the overseas races starting from September when, one presumes, the pandemic will have been eradicated by the vaccine.

The intention is to have a complete calendar spread over a period of almost nine months.