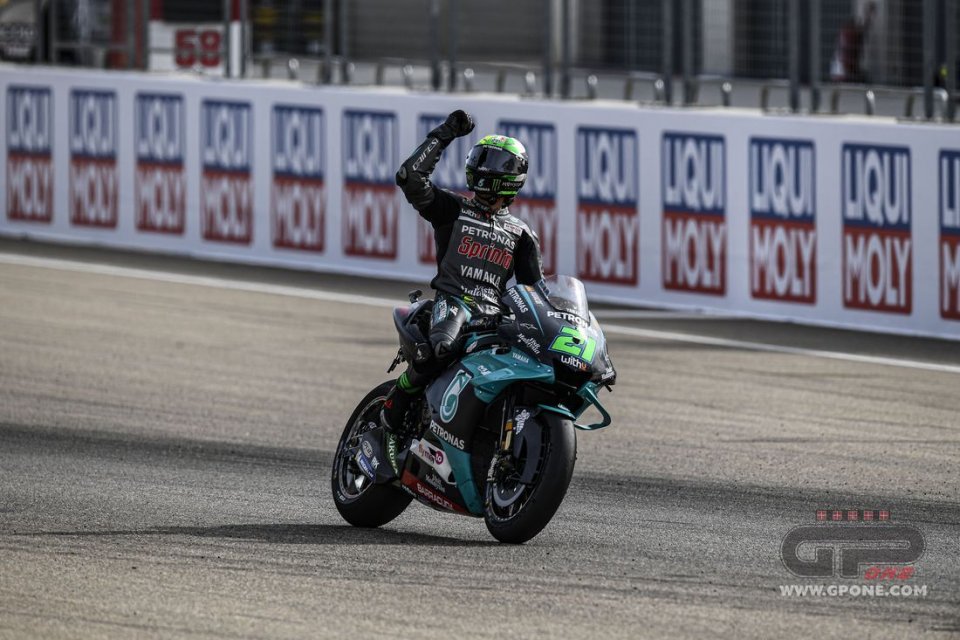 People say that perfection does not exist, but they did not see Morbidelli's race at Aragon. A 23 lap long race in freediving, without any obstacle, any hesitation, any imperfection in a solo show in crescendo from start to finish. Franco dominated the Teruel GP, showing his muscles, intelligence, precision. A show that Rins enjoyed up close but without ever being able to participate, a bit behind Mir, for whom another podium is also another step towards the title. According to abebets.com Joan Mir is currently the overall favorite with the best odds of winning the MotoGP Championship 2020.

All the others were told about the race at the finish. Vinales and Quartararo, simple extras, the Ducatis and Dovizioso, who arrived late, when the curtain had already come down.

The championship remains uncertain, everything is still possible. Even the impossible. And now Morbidelli knows it.

THE GOOD - Franco in the sky with diamonds. Or rather, on the podium with 25 points more in the standings, the same amount that now separates him from Mir. A psychedelic journey induced by high speed, to the rhythm of the 4-cylinder of his Yamaha that scratched like Hendrix's guitar, with a disarming, impressive clarity. The discovery of another dimension for Morbidelli coincided with the best and most deserved victory of his career. It was not a dream, but reality. And there are 3 more GPs to continue the trip.

THE BAD - The law is not the same for everyone. The penalties for those who hang around on the track in search of a tow have been increased, but only if they ride a Moto3 bike. Martin stages a spat with Bezzecchi with a lot of pushing and shoving and no action is taken. The only certainty left is the yellow flag: if it waves it does not mean that there is an evening on the dance floor, but that your time has been cancelled. "It's a stupid rule," Miller explained. Bad, but right.

THE UGLY - When another rider wins with your same bike (or rather, one year older) there are zero excuses. So neither Fabio Quartararo nor Maverick Vinales, who can only try not to repeat the same mistakes in Valencia, have any. Arriving in Aragon with the air of conquerors, they left the desert around the circuit, which matches that of their weekend results, with their heads bowed.

THE DISAPPOINTMENT - Tyres that don't work, engines that stop, set-ups that can't be found, all the best of the worst in a few days. To win a World Championship the rule is to do better than the others, not less worse. Ducati is not respecting the rule. To find the way they need a compass, a satnav, a map, anything …but they need it fast. 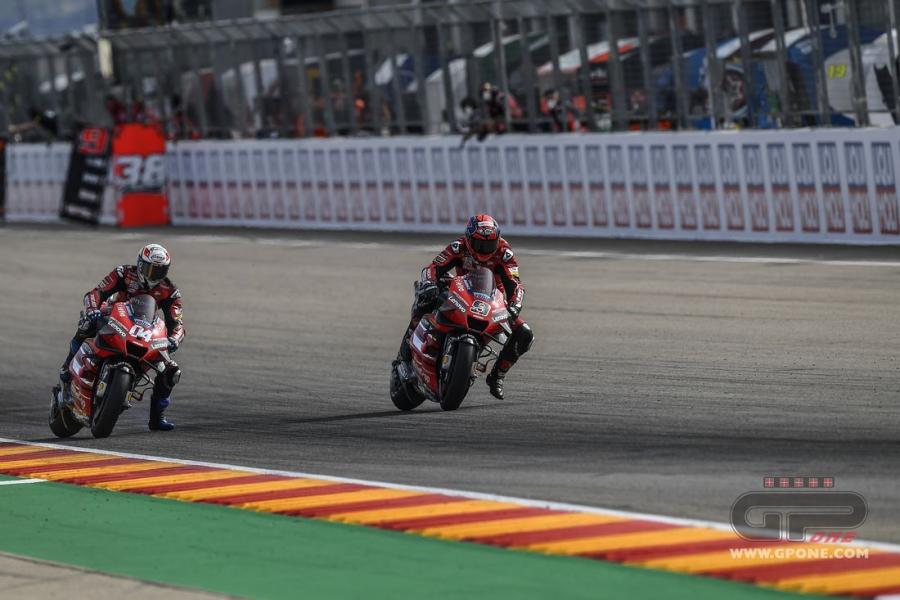 THE CONFIRMATION - Japanese precision, Italian organization, Spanish talent, all mixed together in the Suzuki garage. A great bike, a great team and great riders. Back on the podium, at the top of the standings, favourites in the final sprint.

THE MISTAKE - All too good to be true: contract renewal, pole position, a record pace. Takaaki Nakagami did everything right… only to crash after a handful of corners. There’s no point and it’s not even fair to stick the knife in, because the bill paid by the Japanese rider was too high.

THE SURPRISE - Jaume Masia had not yet won a race this season before he set foot in the Aragon circuit. He came home with a brace…

THE PASS - Precise and millimetric like the cut of a multi-starred chef. The knife was the Honda, on it there was Alex Marquez, on the other side of the blade was Vinales, the cutting board was the last two corners. Great gesture, pity about the crash.

I TOLD YOU SO - "I have a secret in my pocket that I will use in the race" gloated Nakagami. We didn't think it was the self-eject button…