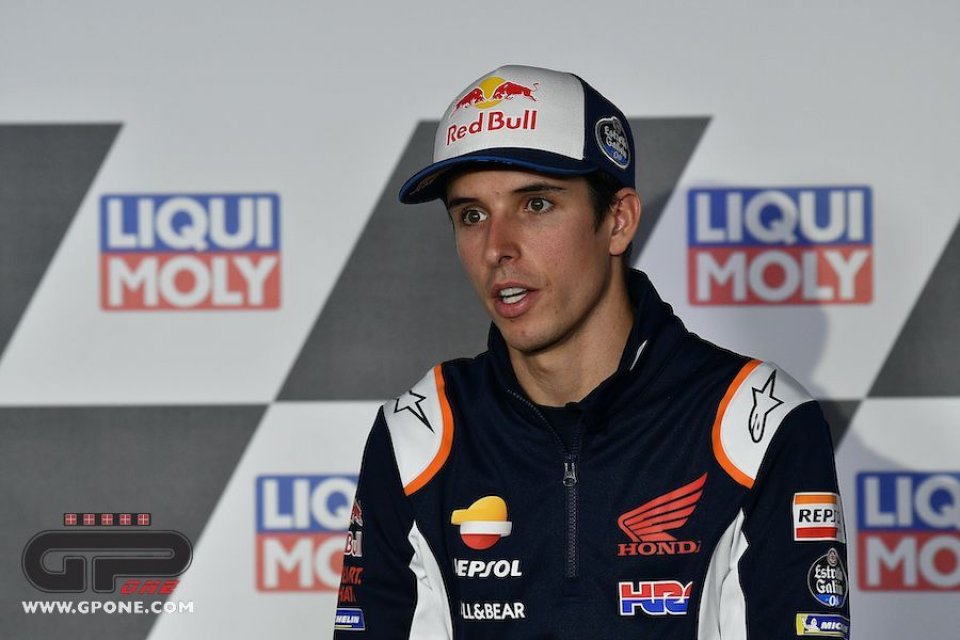 Alex Marquez had had a double podium in the last two races, but now there’s a tenth position that’s difficult to  understand, especially considering that his brand mate, Nakagami, finished in pole position at the Teruel GP qualifications. The Spanish rider has been working a lot on his race pace this weekend, in order to try and improve for tomorrow’s race and be able to get his first victory in the MotoGP.

“I got a better position today than last week, when I had a 48.1. This morning, I rode on a 47.5, so that was a step forward. Honestly, though, I was aiming for the first three rows but, unfortunately, I couldn’t. My pace is good, but it’ll be difficult to get on the podium because all the other riders have improved compared to seven days ago. I think it’ll be important to have a good start because I know I’m strong on worn tires. The top five might be possible.”

Alex Marquez was also the only one to try the hard front tire for the race today. Did it satisfy you or will you go with a medium or soft?

“I tried the hard front tire in the FP4s because of the temperatures today, and which will probably be the same tomorrow in the race. I suffered a bit with the medium. My pace wasn’t bad, but I don’t think they’ll be tires that I’ll consider tomorrow because, especially on my left shoulder, they’re too hard, and it would be too risky.”

In Q2 today, there was a bit of confusion between canceled laps which were then readmitted to the rankings. What happened?

“Fortunately, there’s a good relationship with the race direction in the MotoGP when it comes to safety reasons, so I asked them  to tell me where the yellow flag was and, therefore, why they had taken away my lap, because I was behind Lecuona, and maybe I might not have seen it. They then watched the videos and told me there was a communication problem between them and the marshalls, so they gave me back my lap.”

This Honda seems to work very well even with riders that aren’t your brother Marc. Did you find something in the development or does the Aragon track clearly favor you over the other bikes?

“The bike is the same as in Le Mans, Misano, and at the beginning of the year. We’re now making better use of Honda’s potential and the strong points of the bike. This is the first year for me. Now I’ve improved because it was a bit difficult to understand the tires, especially the qualifying ones. It seems that our package is working very well here in Aragon. We’re strong, and we’re getting good results. From my point of view, the rear tire works well. It has always done well since the Malaysian tests. We’re working to improve all the problems we have.”