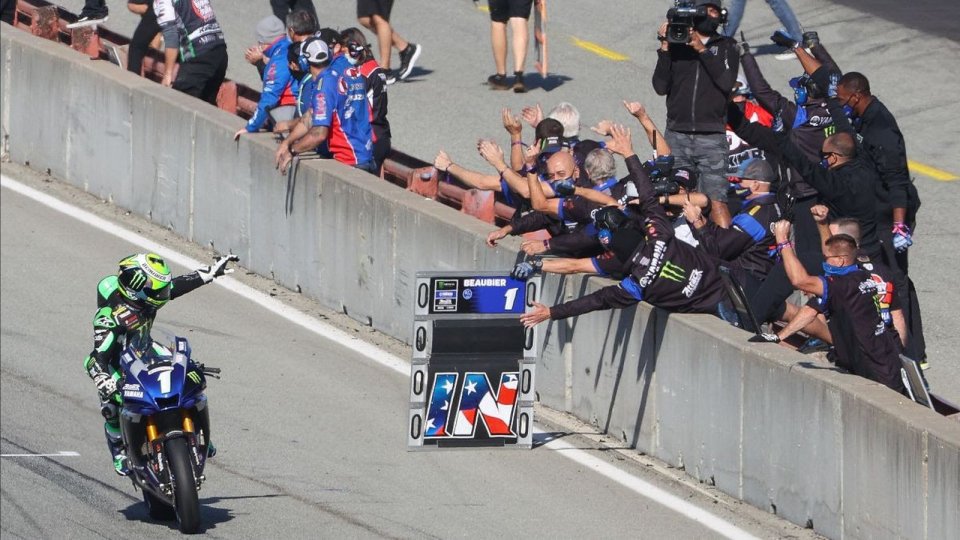 The 2020 season of the MotoAmerica Honos Superbike Championship officially came to an end on the spectacular ups and downs of Laguna Seca. The first championship to restart in the immediate post-lockdown period, over the nine rounds the undisputed master was (once again) Cameron Beaubier.

Coming off the back of five titles in the US premier class, the Roseville champion continued to hammer away at the record books even in the hills of Monterey, taking a sensational double win after his victory in Race 1 on Saturday. With Toni Elias competitive once again, Lorenzo Zanetti also got in on the celebrations, with two podium finishes. The positive "campaign" of the Italians in California was completed by a double sixth position for Niccolò Canepa. 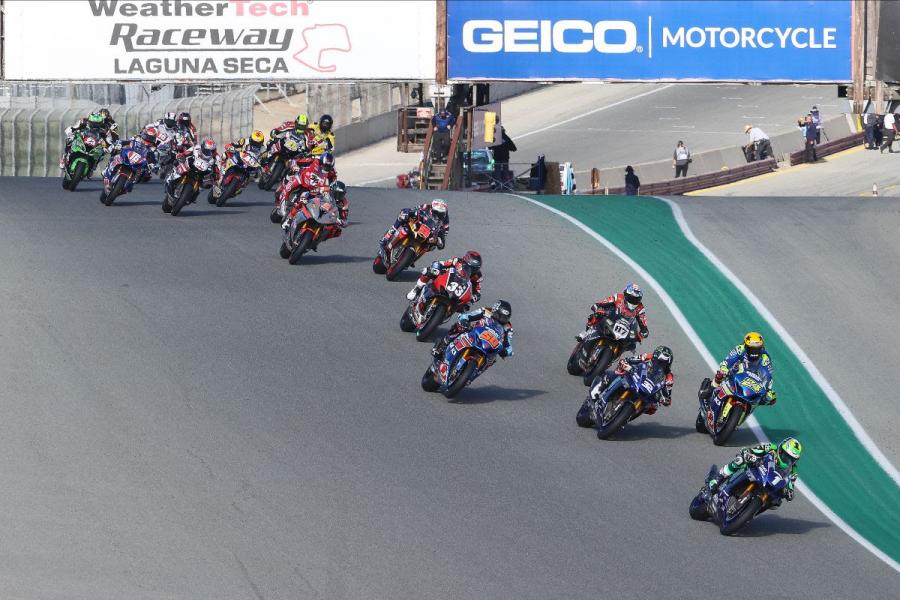 Good things come in threes, as they say, a proverb that fits perfectly for Cameron Beaubier's Laguna weekend. With the 2020 title already in the bag, the Monster Energy Attack Performance Yamaha rider arrived at Laguna Seca with his mind free of pressure. Arriving at 14 victories at the end of the first race, on Sunday the 27-year-old was unbeatable, scoring a double win that took him to 16 wins this season. An impressive and unbeatable number that is an excellent business card for 2021, when he takes the place of Joe Roberts in the Moto2 World Championship in the American Racing Team.

At first in Race 2, declared wet by the race direction due to damp patches off the ideal line, Beaubier once again made all the running. In unusual conditions for Laguna Seca, when the lights went out, ‘Cam’ made a perfect start from pole position, quickly running away for the win with a series of fast laps. In the final race of the season, finally held in the dry, the script was exactly the same, and his opponents never even got a look-in. With a fastest lap in 1’23.185, just a few tenths from the time he set in Friday's QP2, Beaubier completed a hat-trick of wins. In addition to win #16 of 2020, it was his 51st in Honos Superbike.

Toni Elias ends his adventure with Suzuki on the podium

One of the best things about the final weekend of this crazy season went by the name of Toni Elias, competitive once again after a forgettable year. Without a win – after a series of crashes and mechanical problems on his GSX-R 1000 - the M4 ECSTAR Suzuki man scored a good third and second place from the point of view of his morale in view of 2021. Despite a sudden change in performance from the Indianapolis round, the 2017 Champion only lacked a win this season to bid farewell to the Hamamatsu manufacturer in the best possible way. After a five-year period, first with Team Yoshimura and now with Team Hammer, the future remains uncertain for the Spaniard. What is certain is that, if these are the results, the "lion of Manresa" is anxious to embark on a new path.

Lorenzo Zanetti has now got a taste for it and, after three podiums at Indy (with a historic victory in Race 2), in the hills of Monterey he experienced another memorable weekend. On the Warhorse HSBK Racing Ducati New York Team Panigale V4R, the 33-year-old continued the excellent moment of form that has seen him protagonist for the past month. Apart from The Ridge Motorsports Park Round (where he raced with a bike in Stock configuration), from the Brickyard onwards - with the assistance of a couple of Ducati Corse technicians and a real Superbike machine in his hands - the Borgo Panigale manufacturer's test-rider scored six podiums in as many races. 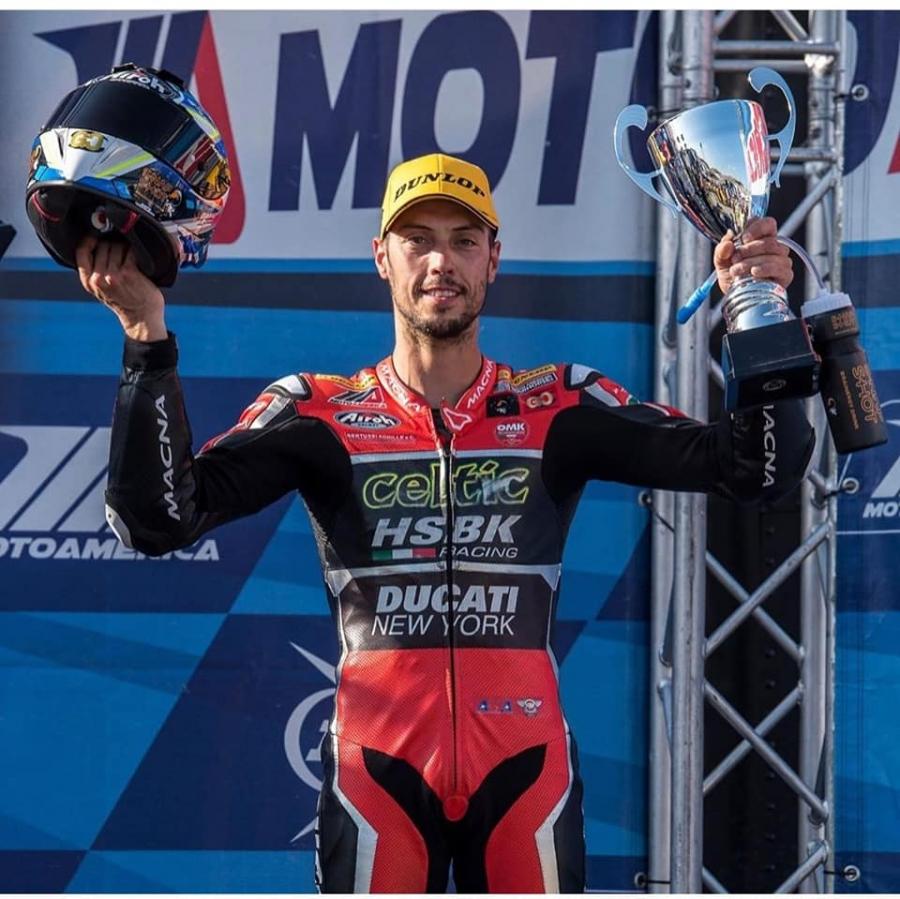 In his first experience on the Laguna Seca track (he had only ridden there last week with a Ducati road bike), following third place in the race on Saturday, in the remaining two he confirmed the potential expressed in the last few outings with a second and third position. Performances that brought an end to Zanetti's brief participation in MotoAmerica Honos Superbike. The rider from Brescia, racing on unknown tracks and with unfamiliar Dunlop tyres, showed all his skills and his worth as a rider. Often beating riders of the calibre of Jake Gagne and the M4 ECSTAR Suzuki duo, "Zorro" turned out to be the only winner along with Beaubier and Fong this season. It’s an important result, especially if we consider that in 2021 the star of the Honos Superbike will be missing: the US top class is already calling for the presence of Lorenzo Zanetti for the coming year.

Called up by Westby Racing to replace the injured Mathew Scholtz, Niccolò Canepa put on a good show at the weekend. Back at Laguna Seca after a four-year gap - the last time was in 2016 in World Superbike – the other Italian on the grid completed the final round of the American season with a double sixth position. Positive results for the 2016 and 2017 World Endurance Champion, making his debut in Honos Superbike.

While in Race 2 he finished behind the surprising Cameron Petersen - fifth overall on a Suzuki Superstock 1000 version of the Altus Motorsports Team - with the track rapidly improving, in the next race the rider from Genoa finished just two seconds away from Jake Gagne (Monster Energy Attack Performance Yamaha) and ahead of Kyle Wyman (KWR Ducati Racing). 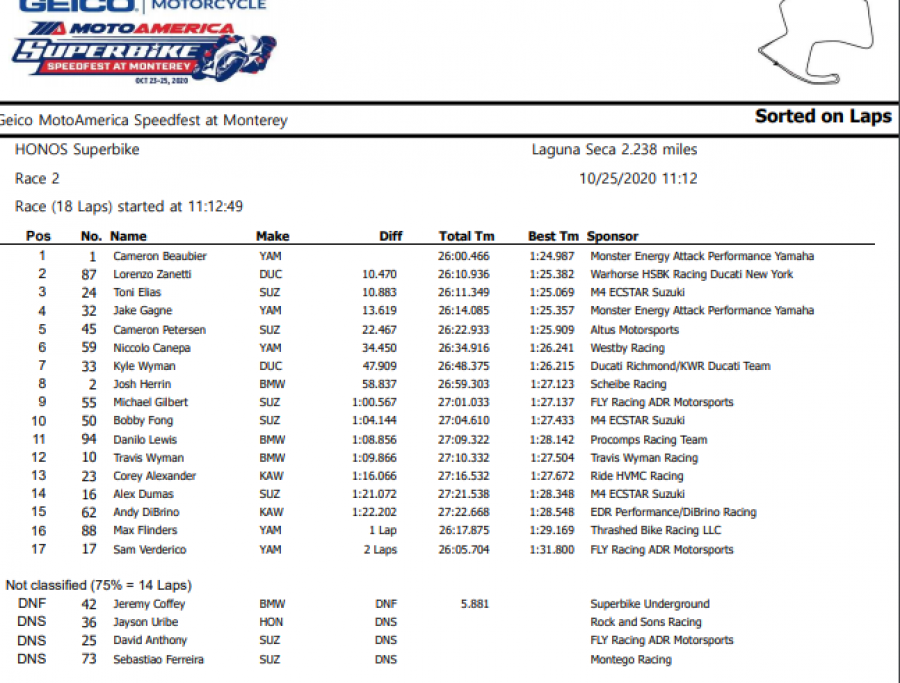 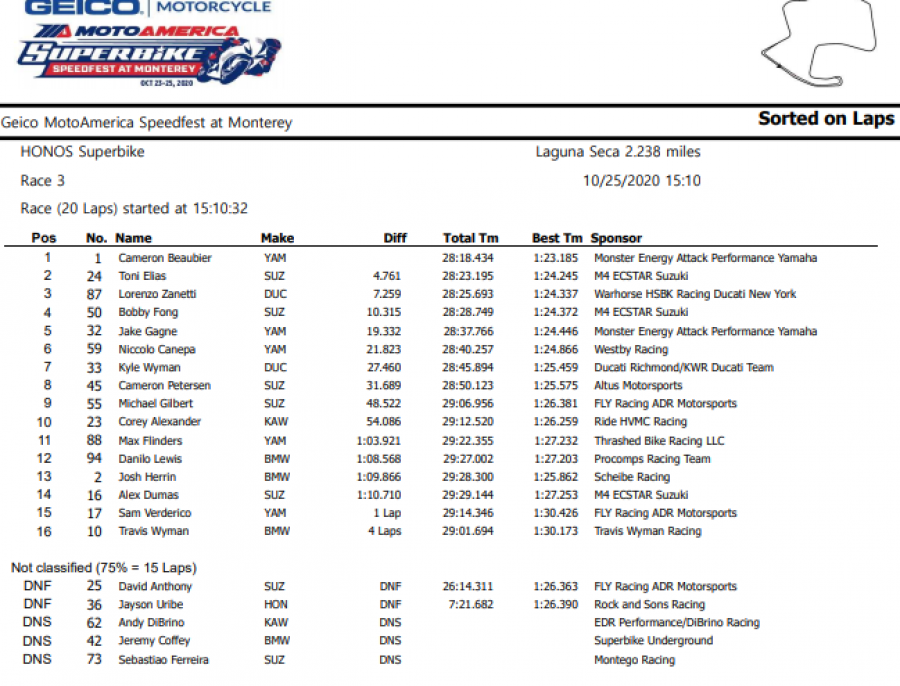 The first of four episodes will be available starting January 27th, while the final episode will be released on February 7th. For now, it’ll only be...
1 week 45 min ago