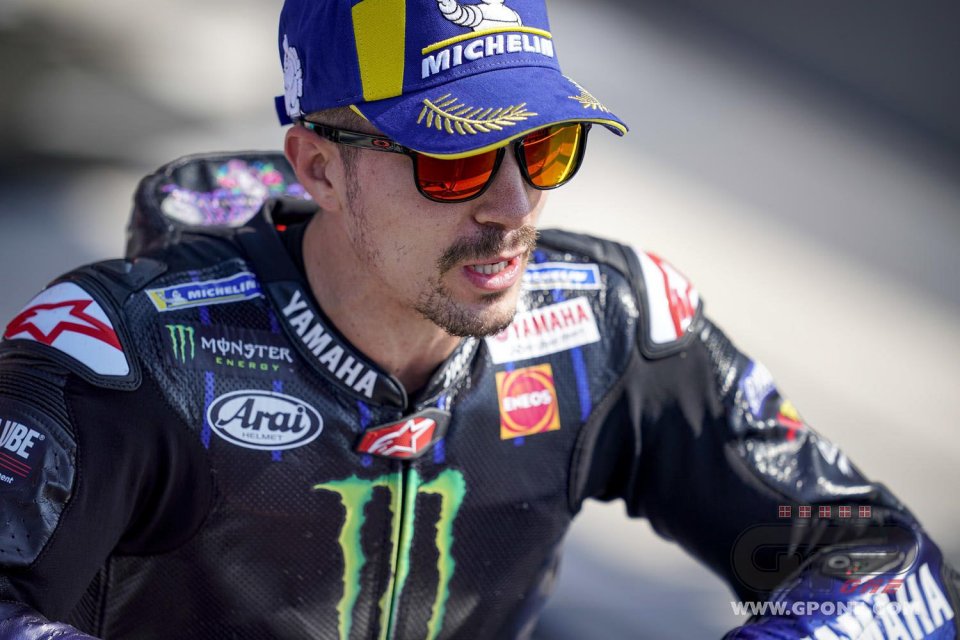 Nakagami sets the pace on Friday in Aragon, but the Yamahas are glued to the top, especially  Vinales’, whoreached  the second time of the day. Not a bad start for the Spanish rider who was able to confirm his place near the upper echelons of the class.

“I’m happy with how this weekend started,” Maverick began. "Despite the track having less grip than last week, we managed to work well, immediately gaining confidence. I guess that, while we worked, we found something interesting that could help us. Now we have to try to be strong in the FP3s and gain direct access to Q2, where we need a perfect lap.”

Meanwhile, the Hondas are still a threat.

“Honda has always been strong at Aragon, and Marquez’s victories in recent years confirms this. Taka and Alex are working well and can aim to win this weekend, since their potential is there for all to see. I’m also convinced that, even in Valencia, they’ll be able to demonstrate that they’re fighting with the best.”

This could become a problem.

“Seeing a Honda go so fast can be good and bad. Let me explain. If the Hondas are behind me and, consequently, in front of a direct rival for the title, they can increase the entertainment and take away important points for the Championship. The problem is if you find them in front of you. Then, at that point, it can be a real disaster because you have to attack and take risks to overtake. We’ll see what happens. For sure, Nakagami is a strong rider, and I consider him among the contenders for the title. In such a strange World Championship, all the riders who have a gap of less than 25 points from the top can aim for the title.”