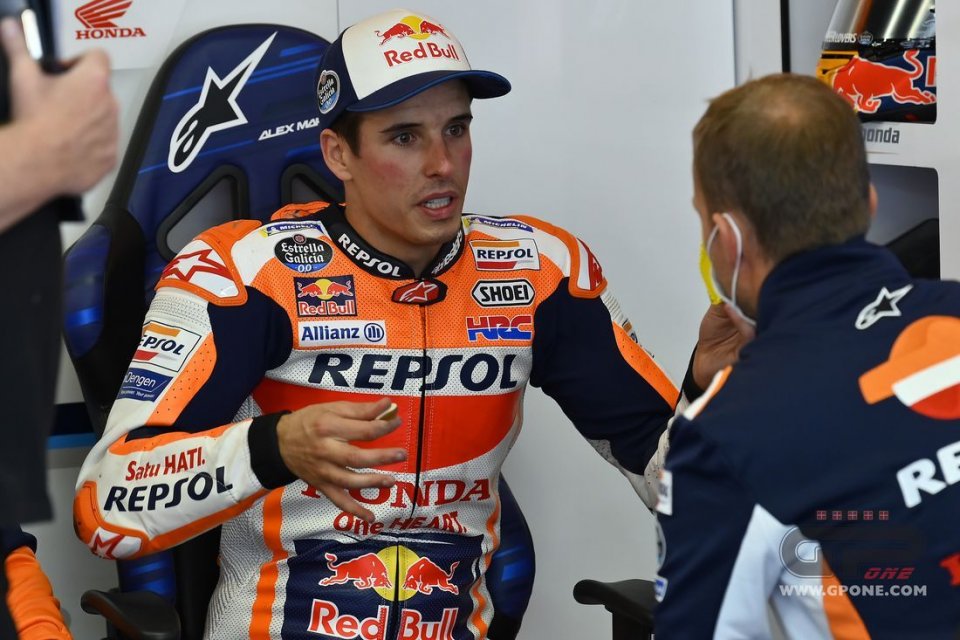 Alex Marquez reached a sixth time in the combined in Aragon on Friday, four tenths from Nakagami’s Honda. The Spanish rider demonstrated that he found the right confidence with the Motorland track and, consequently, the grounds are good.

“All in all, it was a positive day,” #73 said. “We worked on the tires to understand the sensations in relation to the track temperatures as well. I had good feedback, so  I want to be confident for the weekend.”

In recent weeks, Alex has taken giant steps forward with the bike. And to think that, at the beginning of the season, he considered Honda a wall, given the difficulties he had in adapting.

“I can’t hide that. I said it was a wall because I struggled a lot to find the right confidence the first few times. Later, due to the spread of the virus, I no longer had the opportunity to get on the bike and become confident. However, Honda worked hard to find solutions to make me competitive but, at the same time, I’ve adapted to the bike. I’m not here to take any particular credit since, in my opinion, a rider must always try to do the best to adapt to the bike he rides.”

Alex then gives us details.

“I adopted a different riding style than when I was racing in the Moto2. Every year that passes, I always try to improve and perfect my style. In the end, however, my riding style was good, even if I had to make some changes since I’ve been in the MotoGP.”

Finally, he talks about Marc, a great absence in this 2020.

“Like I said, we spent some time together after Sunday, and he was really happy with the result. I always talk to Marc, and he never hesitates in giving me some advice. One example was the race on Sunday. I got to see it again and Marc, given his experience, pointed out where I went wrong maybe in hard braking at certain points or in attacking Rins.” 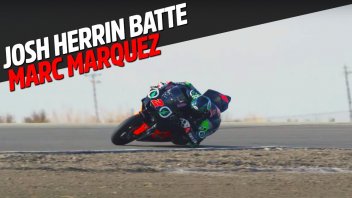 MotoAmerica and AMA have given the green light to the RS 660 model to compete in the Twins Cup starting next season in compliance with the...
12 hours 1 min ago

For 2021, Herrera will take part in the WorldSSP Challenge, featuring at the European stages of the championship, which currently make up the first...
16 hours 15 min ago

Friday, February 27th, at 6 pm, live streaming on the team’s social media channels, but also on GPOne, Facebook, and YouTube: presentation of the...
1 day 15 hours ago

Moriwaki won the inaugural Moto2 world championship with Toni Elias: "Toni won riding the MD600, one of the best achievements in Moriwaki's history,...
2 days 15 hours ago

The Indonesian track is one of the reserves on the MotoGP calendar: “It recently flooded, but our drainage system worked.”
3 days 11 hours ago

The 2018 Supersport 300 champion was injured last September after a crash in Estoril: "Five months seemed like five years"
3 days 12 hours ago

Enea had made his debut in the Moto3 World Championship with the team from Imola: “I want to remember him as a winner. He helped me a lot.”
3 days 14 hours ago