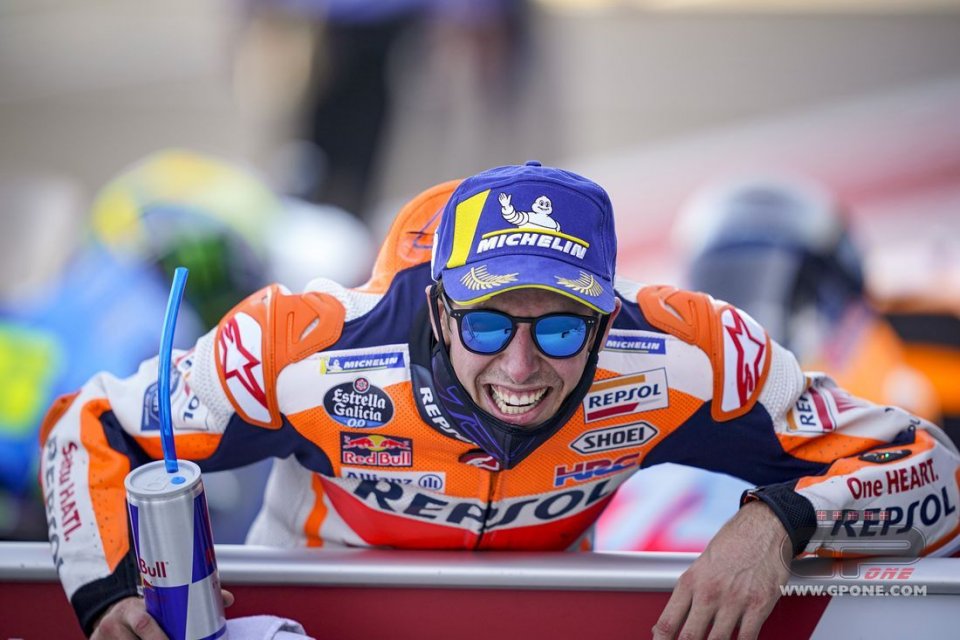 Alex Marquez is the rider of the moment. Arriving in the MotoGP on one of the most complicated bikes of the lot, and with a well thought-out last name, he saved Honda’s year thanks to two consecutive podiums: the first at Le Mans and the second at Aragon last Sunday. However, it wasn’t an easy season for him, since he ended up alone in the factory team after his brother’s injury.

It was not only technical progress, but also a mental, in a sense.

“Of course, you have doubts, especially in the first season,” has explained.” I was expecting to move forward even more because my goal is to prepare for next year. That’s how I am. I start again after the last race, I work a lot in winter and, with the first race, I get better. I did this in the Moto2 and Moto3. Honestly, I didn’t expect a race like last Sunday. It ‘s the result of all the work done behind the scenes, even being realistic and critical of myself. If you start thinking that an eighteenth place is okay because you’re in your rookie year, you’ll never progress. Seeing things as they really are, being critical of yourself, helps you move forward.”

Many wondered if, with Marc on the track, there would have been a battle between brothers in the Aragon GP.

“Between us, we always joked about the circuits where I’m strong, which are usually the ones where he suffers,” Alex revealed. “In the end, you work to try and beat every rider, whether he’s your brother or not. At Aragon, with Marc on the track, I wouldn’t have finished second but third, because he has something more than everyone else here.”

Despite the good results, next year, Alex will no longer be on the official team but on the LCR one, but this change doesn’t bother him.

“It won’t be taking a step back, but a step forward. I’ll have a contract with HRC, and only the team will change. My relationship with Honda will remain that of an official rider,” he explained.