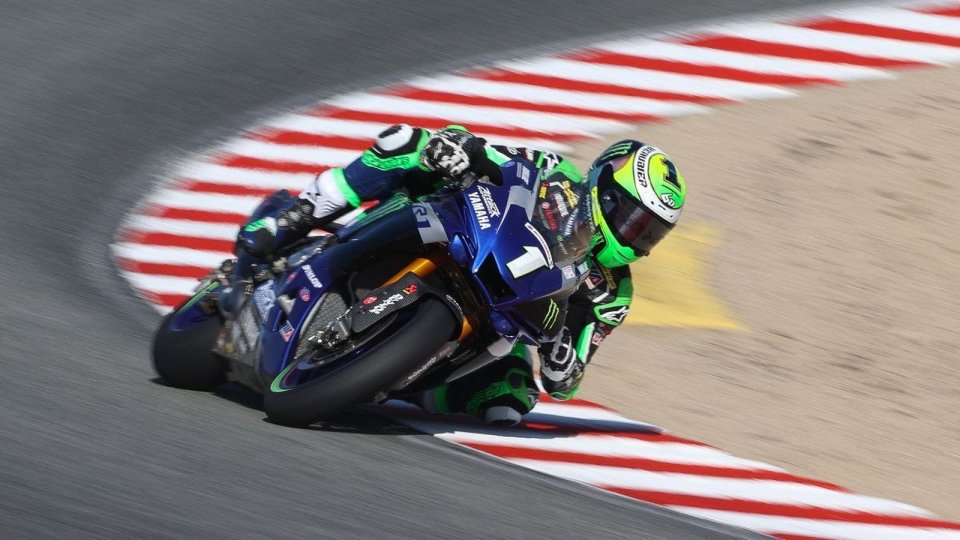 If anyone had any doubts that Cameron Beaubier would have his head elsewhere in the last round of Laguna Seca, well, they were wrong. With the 2020 MotoAmerica Honos Superbike title already in the bag (the fifth in his career), the Monster Energy Attack Performance rider continued to dominate as only he can. At the end of the first day of qualifying, Beaubier took pole position number 28 in the US top class, setting a sensational 1'23.194. An absolutely memorable Friday for the Roseville champion, free from pressure, after the announcement of his move to the Moto2 World Championship in the American Racing Team in place of Joe Roberts in 2021.

As in the previous rounds, excluding Indy, the 27-year-old distanced the rest of the group, starting with his teammate. Although Jake Gagne topped QP1 in the morning, in the afternoon, on a track with more rubber, he had to settle for second position 1.4” down on Beaubier.

One man who continues to surprise is Italian Lorenzo Zanetti, third just one thousandth away from the second Monster Energy Attack Performance YZF-R1. Once again on the HSBK Celtic Racing Team's Ducati Panigale V4R, despite making his debut at the Monterey track (he had only done a few laps there last week with a road bike), the 33-year-old confirmed his competitive form after winning race 2 on the Brickyard. For "Zorro" a front row grid slot which is a confidence booster for the three races of the weekend.

"I am quite satisfied - declared Lorenzo Zanetti - in QP1 I finished in fourth place, third in QP2. Starting from the front row will help us a lot for the races. Apart from Beaubier, behind we are all close in terms of gaps and pace. In FP3 on Saturday we will have to make some adjustments in terms of set-up because, with the specifications brought by Pirelli, the grip is poor and we had to start from scratch ".

Fourth place for Bobby Fong (M4 ECSTAR Suzuki), fighting with Gagne for the runner-up slot and fresh off a double win at Indy, who had his best personal lap cancelled for having gone over the track limits (he would have started right behind Beaubier). The 2019 American SuperSport 600 Champion finished ahead of his team-mate Toni Elias, in his last three races with Suzuki. The Spaniard, still looking for his first victory in the championship in 2020, will certainly want to bring home a solid performance to best end a five-season cycle with the Hamamatsu manufacturer.

With Kyle Wyman (KWR Ducati Team) in sixth position, the second Italian on the grid, Niccolò Canepa (Westby Racing), did not disappoint. Drafted in as replacement for the injured Mathew Scholtz, the 32-year-old finished Friday in a positive seventh position two seconds from the top. Although the margin from Beaubier is decidedly large, Canepa's goal will be to get into the fight for the podium.

Thanks to the three races scheduled in the program, qualifying was brought forward to Friday, while today the MotoAmerica class will line up for FP3 and at 3pm (local time) for the start of race 1. 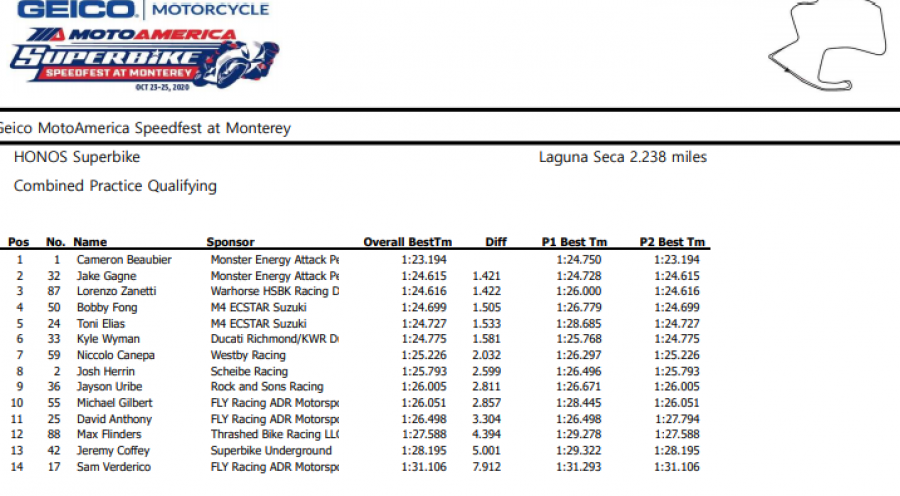