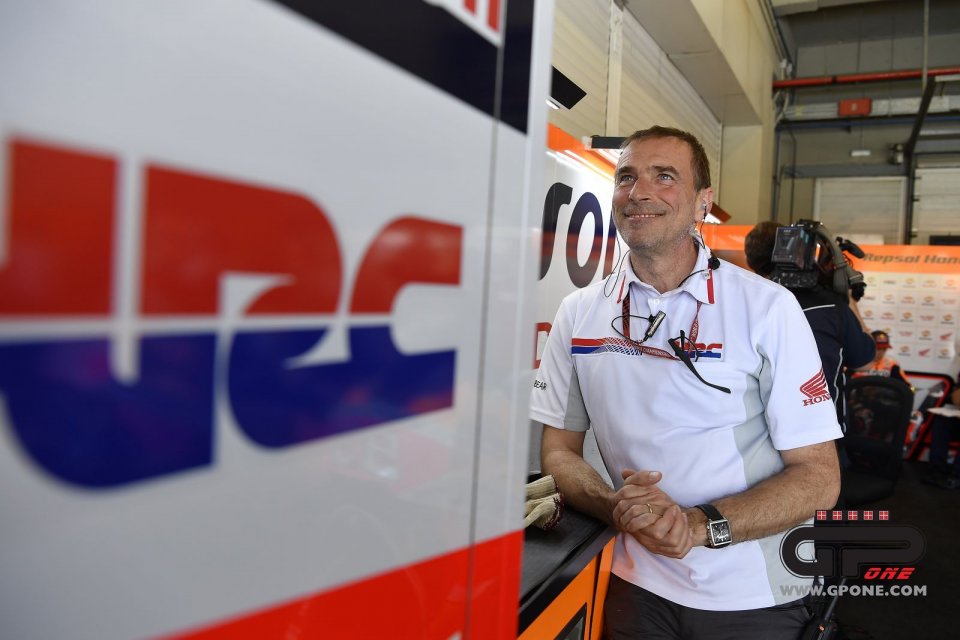 Up until the Aragon GP, Brad Binder was firmly in command of this special classification, thanks to his Brno victory.

But the South African rider is less calmer today, since Alex Marquez reached the same number of points as his, 67, thanks to two consecutive second places in Le Mans and Aragon.

The improvement Marc Marquez’s younger brother has had obviously made Lucio Cecchinello’s LCR team happy, and the team even confirmed Takaaki Nakagami with a multi-year contract today.

What’s more, Alex made his MotoGP debut in the Valencia test with Cecchinello.

Of course, since the MotoGP has now become the top category for gossip, we have to report what Livio Suppo said last night in the television show, “Un’oretta con Suppo”,  conducted by Franco Bobbiese.

“It’s strange that Repsol isn’t claiming the possibility of keeping Alex in 2021,” the  former Honda-HRC team principal said. “The new two-year contract with its long-term sponsor swept away the rumors that had arisen about the oil company possibly abandoning the team. Now Repsol might ask to continue with the pair of brothers.”

In view of 2021, Suppo then noted that, among the 24 MotoGP riders, there could be as many as six brothers involved: besides Marc and Alex Marquez, there’s Aleix and Pol Espargaro, and Valentino Rossi and Luca Marini.

VIDEO - Marquez gets serious: in the gym and on the track (athletics) with Alex