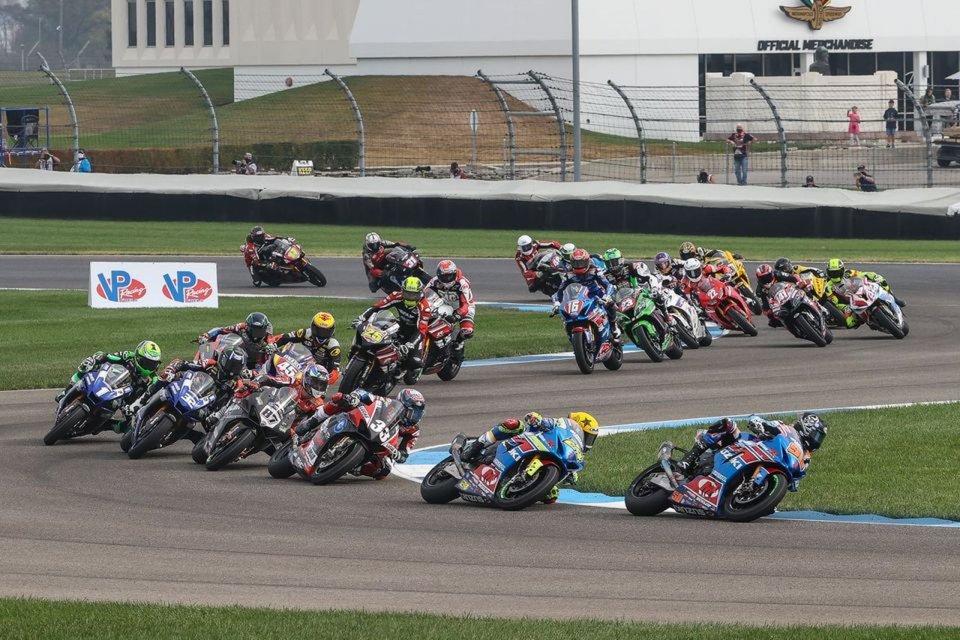 When you mention Laguna Seca, motorcycling enthusiasts immediately think of the fantastic duel that went down in history between Valentino Rossi and Casey Stoner in 2008, or Marc Marquez's overtaking-replica at the Corkscrew against the genius of Tavullia in 2013. In short, the track located in the hills of Monterey has always put on a great show. An emotion that the protagonists of MotoAmerica Superbike will certainly feel during this weekend for the last event of 2020. The top class will return to Laguna Seca after a few years, welcoming the entry of a couple of top Italians Lorenzo Zanetti (HSBK Celtic Racing Team) and Niccolò Canepa (Yamaha Westby Racing) at the start.

Although the title has already been assigned to Cameron Beaubier (Monster Energy Attack Performance Yamaha) at the last round in Indianapolis, the key focus of interest will mainly revolve around the presence of the two Italians. Although the United States is one of the countries hardest-hit by the health emergency linked to the spread of COVID-19, MotoAmerica was the first motorcycle championship to restart at the end of the lockdown. With a season divided into nine total rounds (eight held so far), Beaubier once again proved to be the undisputed master of the category, taking his fifth domestic title, all with Yamaha. At the end of the three Californian races, the doors of the international stage will be definitively thrown wide-open for "Cam": in 2021 in fact, he will replace Joe Roberts in the American Racing Team in the Moto2 World Championship.

At the same time, during the weekend, all eyes will also be on the battle for second place in the rider standings which sees Jake Gagne (Monster Energy Attack Performance Yamaha) ahead of Bobby Fong (M4 ECSTAR Suzuki) by 30 points. The GSX-R 1000 rider, by virtue of the one-two obtained at Indy, will certainly want to continue his excellent run of form. With 75 points up for grabs between Saturday and Sunday, anything can still happen.

Zanetti and Canepa on the grid at the Laguna Seca round

Major expectations at Laguna Seca also surround Lorenzo Zanetti, for the third time at the start of an American Superbike race in 2020. Coming back from a spectacular, as well as historic (the first Italian since Alessandro Gramigni in 1996) win in Race 2 at the Brickyard, he will be going all out to repeat the feat in California. The 33-year-old has found the right balance on the Panigale V4R of the HSBK Celtic Racing Team and he is anxious to impress again, even though it will be a new track for him. In these days, Zanetti has however had the opportunity to make contact with Laguna Seca, doing 20 laps on a road-going Panigale.

As if that weren't enough, Niccolò Canepa will also be present during the Californian weekend, called up by Team Westby Racing Yamaha as a replacement for the injured Mathew Scholtz. Protagonist in the last seasons in the Endurance World Championship and the FIM Enel MotoE World Cup, he will get on the competitive YZF-R1 on a track where he has already raced in the past in MotoGP and World Superbike (the last time in 2016 with the Pata Crescent Yamaha Team).

While back in Italy controversy is raging over an all-time record low grid in CIV Superbike, in America the presence of Italian riders is growing exponentially. One aspect that must lead to reflection for the future.