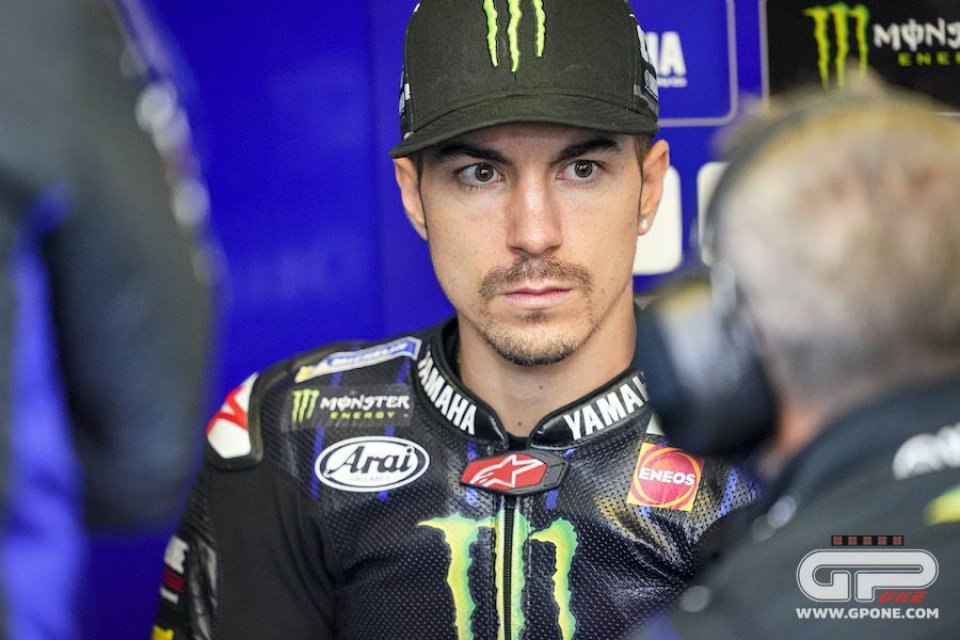 Today’s best time – after a troubled weekend at Le Mans that closed with an anonymous 10th place – must have been a sigh of relief for Maverick Vinales. Riding the Yamaha, he literally dominated Aragon today, ahead of Quartararo’s and Morbidelli’s M1s. So Maverick is back in command and – given the Ducati’s performance that, by all accounts, will still end up battling it out with the top positions as the wind dies down – he could become the star of the weekend.

“Today was a positive day, even if it was difficult to push this morning because of the cold and the wind, but I still felt better than in Le Mans,” the Yamaha rider said. “I tried to make the bike curve better today. We’re okay, but we have to work even more.”

What do you think of the day Ducati had today? They’re in trouble on a track that should be favorable to their bike.

“It’s only Friday. We should improve tomorrow precisely because the Ducati could get there. Today they suffered a lot because it was windy. We’ll see where they’ll be after qualifying.”

Behind you is Quartararo, as usual, but also Franco Morbidelli, who usually doesn’t follow the trend of your and Fabio’s performances, but excels where you two suffer.

“Morbidelli is doing well. He’s really fast, and he’ll be in the race. On Sunday, the last ten laps will be important, and we’ll see who has managed the tires best.”

Your biggest doubt was in the 4th sector, difficult on paper for your bike, given the long straight. Looking at the split times, it doesn’t seem to have gone badly. Are we wrong?

“No, it went better than expected and than I expected. I also rode with other riders today and, I must say, I think I have good potential in overtaking this weekend.”

Yesterday’s news was Valentino Rossi's tsting positive for the Coronavirus. This definitely worried  the paddock. Quartararo and Morbidelli said they were really tense and worried about the situation. What’s your position?

“I believe that, in this period, you have to be very careful. We riders must take less risks and see very few people. Preventive measures are essential because Covid can make you miss two races, and it would be a disaster for my championship.”