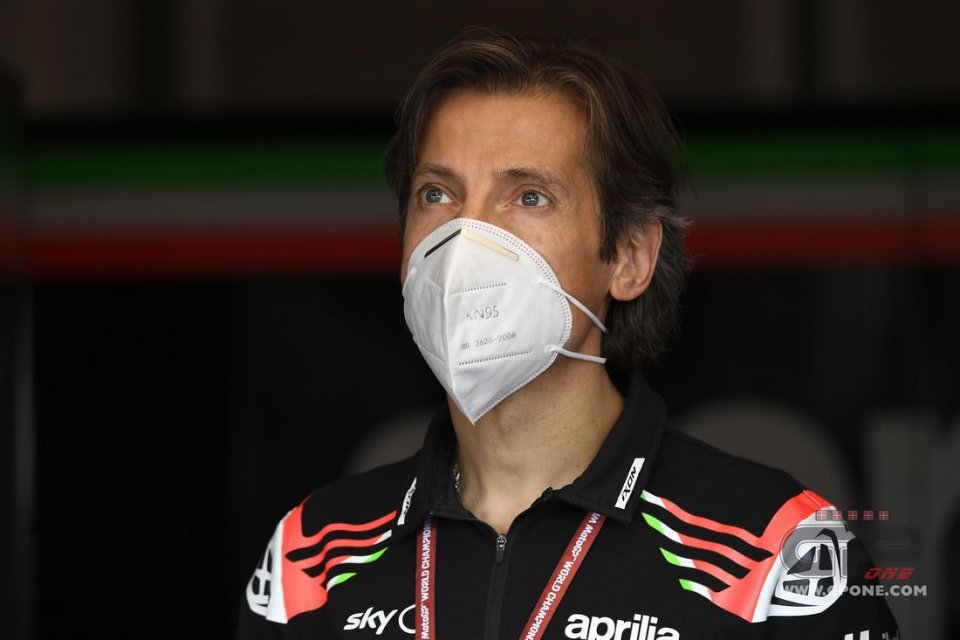 Some news arrived yesterdat that no one expected: the Lausanne Sports Arbitration Tribunal announced that it will take a month to arrive at a sentence for Andrea Iannone. This means that his disqualification will continue and he’ll have to wait until mid-November to know what his future holds.

Today, in Aragon, Massimo Rivola, CEO of Aprilia Racing, spoke about the case in an interview with Sky.

"We’ll reach an eleven-month suspension for Andrea. Let’s hope that’s how it’ll go,” his manager, who was present in Lausanne, stated. “It was an exhausting twelve hours in Lausanne. I can’t give you details, but I’m perplexed at how the hearing went. We presented two sensational precedents, of a Canadian and an American athlete, absolutely similar to Andrea’s and both acquitted. The WADA lawyer told us that two wrong sentences do not make one right. In my opinion, it’s an absurd thing to say in a court of law.”

Rivola is absolutely convinced of the innocence of his rider.

“This further delay is bad for us. There’s not much to say,” he continued. “The Iannone case is a detriment for Aprilia, but I’m increasingly convinced that it wasn’t caused by him. All the scientists who agreed to defend him did so after reading the papers. Among them is Pascal Kintz, who has been fighting against doping for 35 years and is on Andrea’s side.”

Now there’ll be another month of anticipation and hope.

“I hope justice is done. Waiting eleven months is already absurd. We’re disconcerted, and I hope it doesn’t go any further,” Rivola added. “I want to see the glass half full. We spent twelve hours talking after the judges had all the time to read the papers, and now we’ll have to wait another month. I saw attitudes in the courtroom that perplexed me, but we’re on the rider’s side. There’s no scientific conclusion that is not in Andrea’s favor. WADA came to talk about nothing. I’m happy to have supported our rider."

But the problem now is for the future. Aprilia has to plan next year. Can it wait before the sentence?

“It’ll also depend on how long our alternative choices can wait,” he  specified. “Unless we decide on the young riders, but we still have an immature bike to be able to do that. I hope Crutchlow can wait while, as far as Dovizioso is concerned, it’ll depend on whether he wants to come to us and roll up his sleeves. We’re still in the initial development phase. These are our alternatives.”