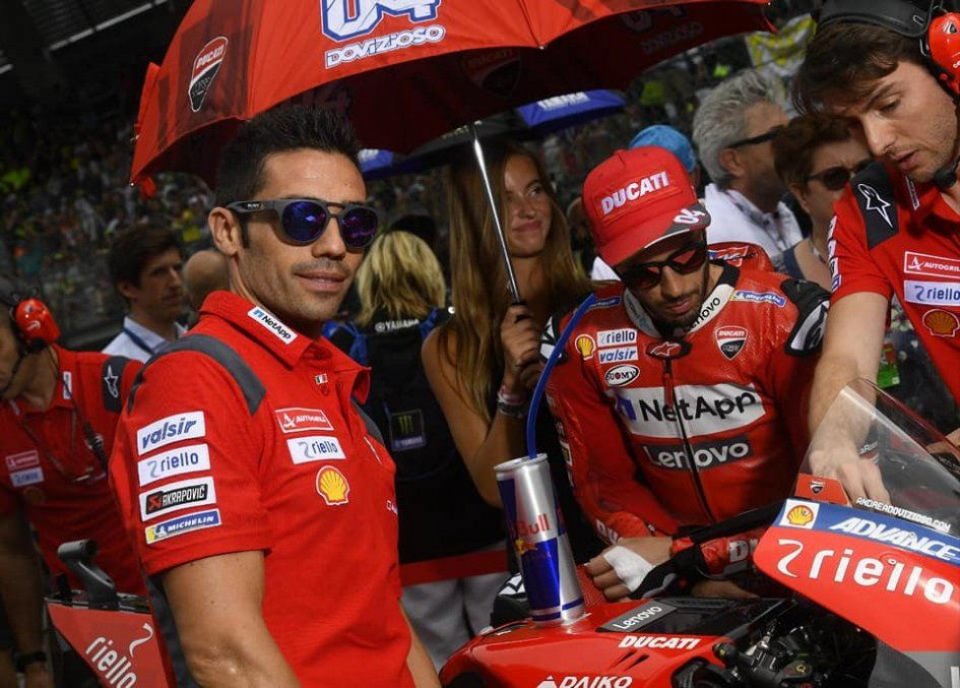 MotoGP, Superbike, and CIV. It’s going to be a binge-watching weekend for two-wheel enthusiasts. While the protagonists of the World Championship will be in action in Aragon, and the SBK in Estoril, the 2020 season of the Italian Championship will come to an end in Vallelunga. Among the riders in action, there will obviously be Michele Pirro who, this year, will have to hand over his laurel wreath to Lorenzo Savadori, the current championship leader.

So the season ends on the track in Lazio, and the time has come for the Ducati test rider to take stock at the end of a not-so-simple Championship.

“Unfortunately, this year didn’t go in the desired direction,” Michele began. “I won’t win the CIV and that’s too bad. In the end, however, defeats are part of our sport. A champion like Marquez understood this in the MotoGP and the same goes for me in the Italian one. I feel bad, because it was a strange championship, conditioned by COVID, where there were obstacles.”

Why can’t Pirro win the title?

“Because I only crossed the finish line twice,” he said smiling. "Unfortunately, there have been some difficulties during the season, some mistakes but, in the end, these are things that can happen. We’ll try again next year, aware that the championship will be even more competitive, given the participants of this season. The thing that heartens me is that when I see the checkered flag,  I always win. Let’s hope it’ll happen this weekend too.”

Michele, the races will also take place in Aragon this weekend. What should we expect?

“As of today, I think there's no certainty in this world championship. I say this because, during the season, we saw a bike that was strong on one track but then suffered on another the following week. So I think anything can happen. In the past two years, however, Ducati has proved to be competitive in Aragon so, on paper, we have the conditions for a good weekend.”

In Barcelona, Dovizioso lost his leadership in the Championship. Besides his braking problem, what do you think about his 2020?

“Andrea is a very rational rider, and he achieved the results he did in recent seasons because he felt certain sensations on the bike. The moment he had everything under control, he was right there fighting with Marc. This year, with new tires, he lost the confidence he had built over the years and, consequently, started to struggle, because he could no longer get one hundred percent out of the bike. Let’s say he should had relied  more on his instinct.”

Some say that Dovi is no longer as hungry as in previous seasons. Do you agree?

“Speaking from outside is always easy. I really don’t believe in such a thing, also because, up until two weeks ago, he was leading the world championship and, if he hadn’t ended up falling, he probably would still be. So I don't agree with that at all.”

Michele, you went to Valencia last week. Off the bat: when will we see the GP21?

“You all will have to wait. You won’t be seeing anything for now,” he said smiling.  “We’ll talk about it again in Sepang.”

So are you sure you’re going to Sepang?

“I hope so. All joking aside, as you all know, at the moment, we have to deal with a complicated situation linked to COVID. But, in Borgo Panigale, we’ve been working and rushing in recent months, aware of the fact that we would not have had much time to race on the track. I was in Valencia last week and will go back next week. It’ll be the last test of this 2020, also because I can’t go to Jerez like Aprilia and KTM might have the right to. We have a few days and, next week, we’ll have already finished the work on the track. Then we’ll have to wait for Malaysia.”

What should we expect from the GP21?

“The engines and aerodynamics can’t be touched, and that’s not a small thing, since it binds you, it’s almost out of our hands. But there will be some surprises as always, since Ducati tries to come up with something new every time. In fact, we focused on the electronics and frame, with the aim of improving the bike in mid-corner, trying to make it even more competitive. Certainly, we won't bring about any kind of upheaval, given that the starting base is solid and tested.”

What did Bagnaia and Miller ask you?

“Nothing. There was obviously a confrontation with the riders but, in the end, Ducati’s goal is not to make a custom-made bike for the official riders, but one that is competitive for all the Ducati riders on the grid.”

Michele, if we decide to come to Valencia next week, what's there be see on the new bike?

“Nothing, it’s under lock and key. We won’t show you anything. You’ll have to wait until 2021,” he said smiling again.