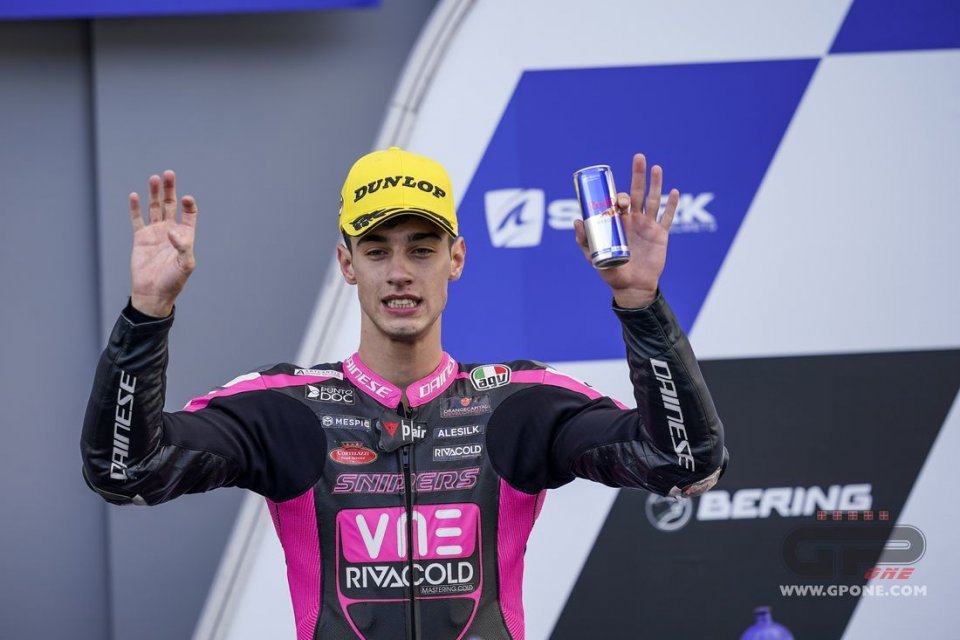 Tony Arbolino is not taking part in the FP1s of the Aragon Grand Prix and will have to remain in isolation for ten days despite the fact that all the Coronavirus tests he underwent were negative. On a return flight from Le Mans, the Snipers team rider came into contact with someone who had tested positive and, in this case, a 10-day isolation period is required by Spanish law.

Doctors from Dorna and FIM are currently talking to the health authorities to see if the rider will be able to race this weekend. At the moment, Arbolino will not be getting on his bike.

Arbolino had two swabs, one before leaving for Aragon and another yesterday, after he was informed of the presence of a positive case on his flight. Both of his tests were negative.