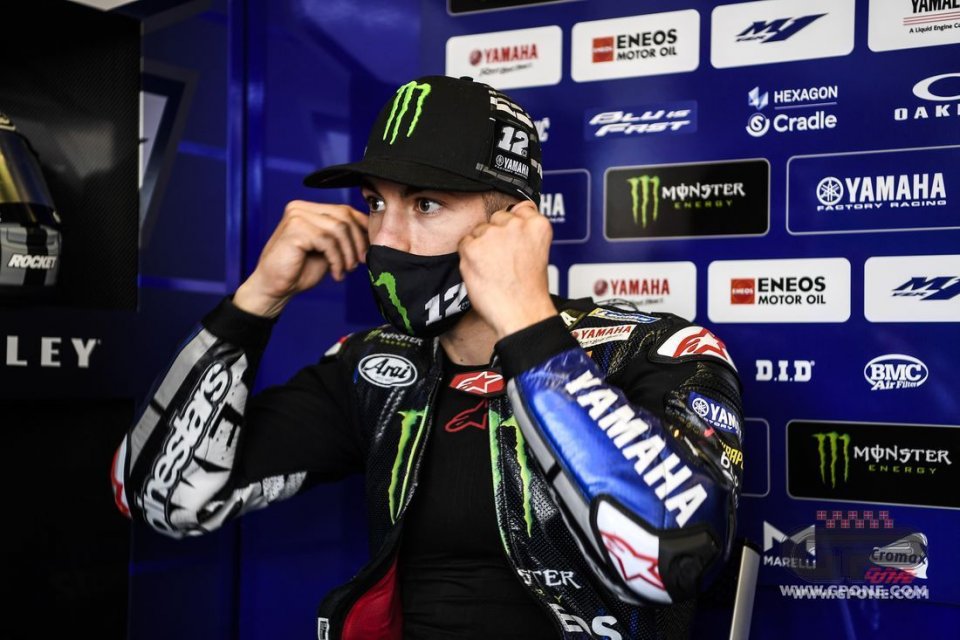 Maverick Vinales was aiming for the front row at Le Mans, but he had to settle for the second. Qualifying certainly wasn’t easy for the Yamaha rider, who'll be starting from the fifth position on Sunday, between Crutchlow’s Honda and Dovizioso’s Ducati.

He’ll probably then race the GP with a cutlass between his teeth.

“I’ve been struggling since the FP4s,” Maverick began. “I found some strange conditions on the track that had a significant impact.The bike was moving a lot, and I wasn’t able to show my full potential. This has never happened with the Yamaha until today. And, if I can’t ride clean, I can’t go fast.”

So Maverick ended up in the same starting position as in Montmelò.

“I’m in the same situation as in Barcelona with the Ducati around. Let’s hope we don’t repeat the same race. We have to hang in there. In my opinion, we can do well, and I want to remain confident.”

Maverick then went into detail about the problems.

“Unfortunately, this weekend, I’m struggling with the grip when I lean with the bike. I really struggle, because the M1 slips more than it should. Like I said, the sensations are not fantastic, and that’s why I wasn’t able to give it my all in the flying lap. I’ll need more stability tomorrow morning, even if my pace isn’t bad.”

And he spoke about the tires.

“I think many riders are in the same situation as I am, with the choice of tires, even I feel that we’ll use the soft. Unfortunately, here at Le Mans, it’s difficult to have the same confidence as in previous years.”

But Maverick tries to keep his spirits  up despite of the difficulties.

“We worked a lot, and I think we’ve also made some changes to the bike. But, unfortunately, I don’t have the grip I need. Tomorrow morning we’ll have to do something to solve the problems in view of the race.”