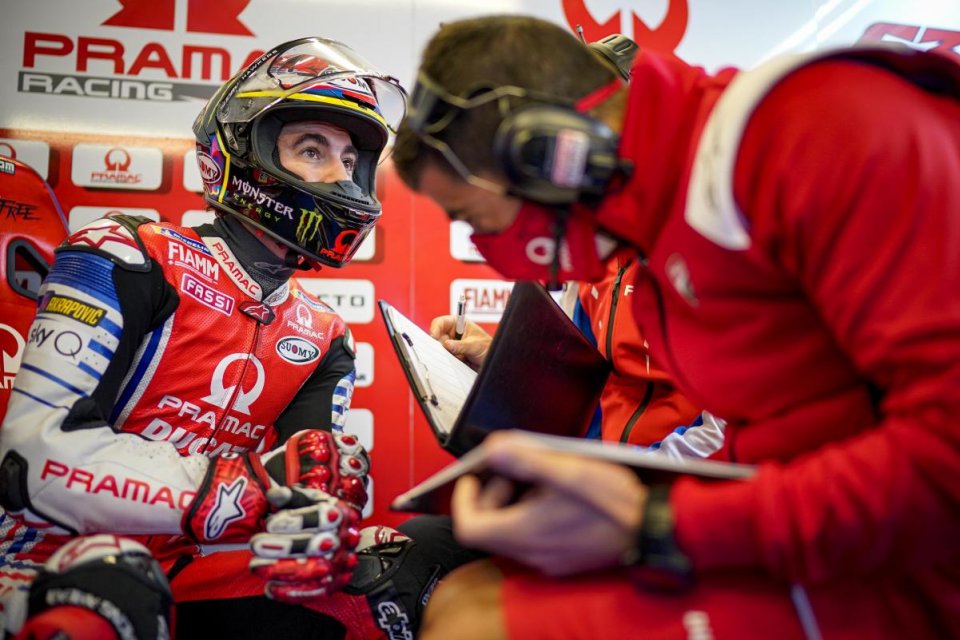 If Le Mans was supposed to be the race of redemption, France left a bad taste in Francesco Bagnaia’s mouth because he had to settle for a 13th place behind Brad Binder’s KTM.

“I experienced some problems in the race," Pecco began. "I had the best feelings Friday in wet conditions. Among other things, my race started immediately uphill, since  I lost so many positions at the first corner, because a rider braked earlier, and I had to act accordingly. So I ended up last.”

Bagnaia was then called to the chase.

“Unfortunately, the last ten laps were complicated, and I have to understand why, given that I had good feelings up to that moment, and I was able to climb up to tenth place. Something certainly happened, also because the tire wasn’t worn. I’m certainly not happy with this Sunday, even if my dry pace was much better. There’s very little to say after this performance, especially for the feelings I had on Friday.”

There are those who wonder whether the choice of tire weighed on the result or not.

“The soft tire is really similar to the medium. I used the medium because it’s better for my style than the soft. But the problem wasn’t the tire. This was my first race in wet conditions and, in the end, it turned out to be useful for the rest of the season, since I’ll be better prepared.”