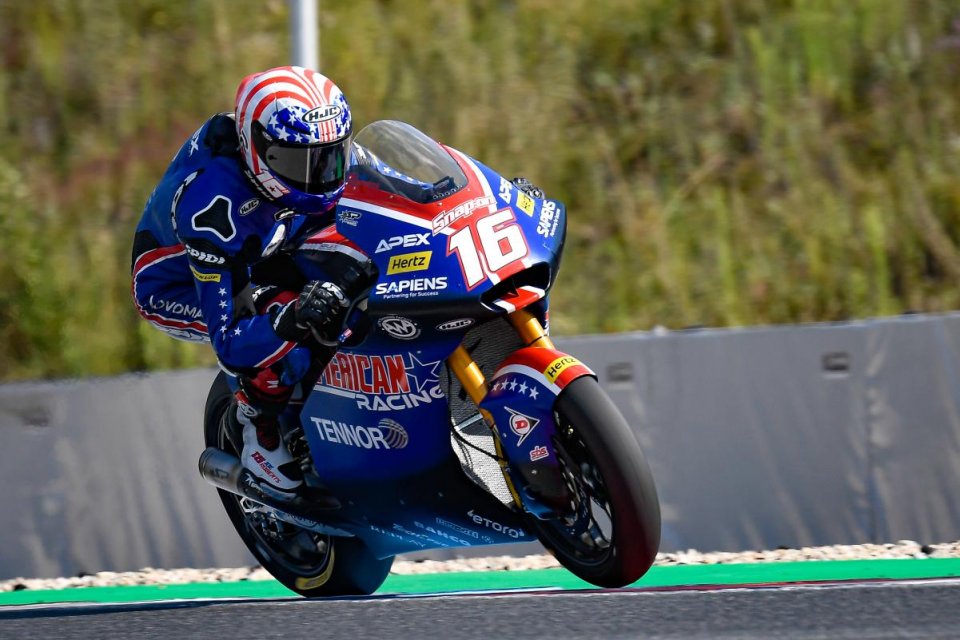 A red-hot Le Mans qualifying, to say the least, gave Joe Roberts his third pole of this season. The American was the true protagonist in the session, thanks to a time of 1’36.256. On the last attempt available, the American managed to make the winning lap, which allowed him to grab first place on the grid from Sam Lowes by only 87 thousandths. Completing the front row is Gardner, two tenths away from the top (+0.193).

As for the championship battle, which sees Marini leading the standings, the Sky Racing Team VR46 rider had to settle for sixth quickest time, four-tenths from the top (+0.412). However, the rider's performance is not bad if we consider the fact that he showed up in the garage this morning on crutches following the scary high-side he picked up yesterday afternoon at the Dunlop Bridge during FP2.

Marini will start from the second row, bettered on this occasion by Jorge Martin. The Spaniard was unable to complete more than four laps. Between the two will be Marco Bezzecchi (+0.321).

Further back, on the other hand, was Enea Bastianini, who after getting through Q1 was unable to go any better than ninth, half a second from Roberts' benchmark. For the Italtrans rider, therefore, it’s going to be a race playing catch-up, just like for Manzi, Di Giannantonio and Canet who will start from another row back. Corsi instead was 13th, while there was no Q2 for Bulega, Dalla Porta and Baldassarri.