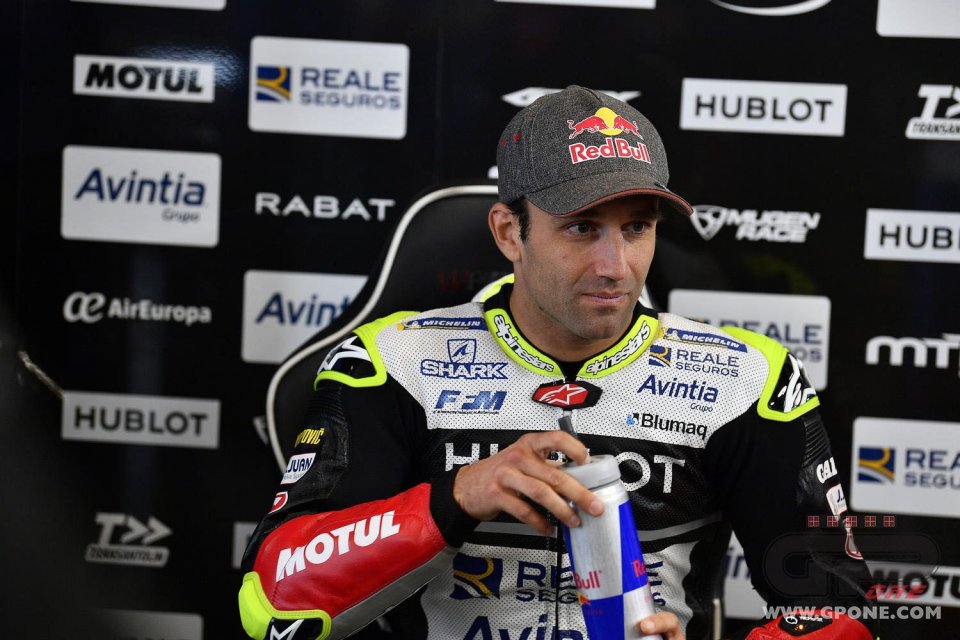 Johann Zarco's Ducati will have Team Pramac colours in 2021. The Frenchman has said many times that the only doubt about his own future was the colour of the bike, as he was sure to have an official bike at his disposal in any case. Now this doubt has been cleared up, with the announcement of his signing alongside Jorge Martin for next season. News that Zarco has taken well, and that has not taken away his confidence at all. The alternative was to join the factory Ducati team. Today the Avintia Team rider wrapped up the Friday of his home grand prix in tenth position, grabbing direct access to Q2 at the moment.

"It was nice to do the first session in the wet with the Ducati and discover that I can go fast - commented Zarco - in the end I enjoyed pushing hard and finishing so close to those in front. The track today was difficult, very slippery. We had to be careful, but the tyres worked pretty well so that's okay. In the afternoon I concentrated on trying to find the speed very quickly in case it rained. I went out on slicks and I had a little problem so I was forced to pit ".

The Team Avintia men were very fast in the garage, allowing Johann to get back on track fairly quickly.

"The second bike was prepared for the rain, a lot of things needed to be changed and luckily the team succeeded. From then on my times dropped steadily and in the end I finished not far from Jack. Tomorrow it should be dry, but I think we could be in the game to fight with the best. Le Mans almost seems like a small track with this bike, you need a lot of confidence to go really fast. "

Do you prefer wet or dry for the rest of the weekend?

"Tomorrow from a certain point of view I would like it to rain. I need to do a lot of laps on this bike in the wet. It would help me to lap better and better in those conditions, but it seems to be dry tomorrow. I think I can aim for Q2 in any condition ".

Speaking of the future, tell us how you found out about your confirmation in Pramac.

"Gigi Dall'Igna called me one day before the announcement. He told me that I would be going to Pramac and that it was not a choice due to the Barcelona accident (laughs, Ed.). So I told him not to worry, because I'm really happy to be racing in Pramac. Pecco has done a great job in the last few races, I think it was a logical choice. But it was funny to think that I had missed that chance because of the crash in Barcelona! ".

But did you then talk to Dovizioso about that accident?

"Yes, I talked about the Barcelona accident with Dovizioso. He was there too, he saw how it went, so he knows there wasn’t much that could be done. Unfortunately or fortunately, it was just a racing incident."

How long will your contract with Ducati last?

"I have a one-season contract with Ducati for 2021. It's actually a 1 + 1 contract with an option. But at the moment I'm sure I'll only race one season."

Did you understand what problem your bike had?

"We still don't know what problem I had on the bike, maybe something electronic. But in any case it's not serious, I won't lose an engine because of this problem."

Many point to turn 1 at Le Mans as a dangerous point. How do you see it?

You also lapped at Portimao. Do you think that is a dangerous track?

"Portimao is not a scary track. Absolutely not, on the contrary. In Australia there are scarier and even more difficult points. In Austria too there are much more dangerous points."