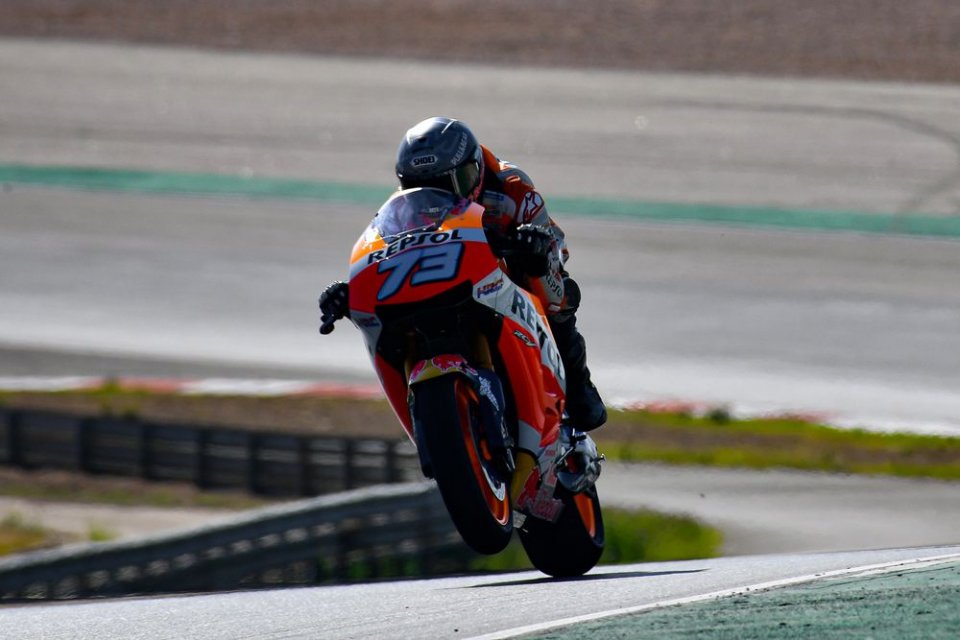 Alex Marquez became familiar with the Portimao circuit today. He couldn’t do it on his Honda MotoGP, but he rode a bike that is very close to him, the RC213V-S, the road version of the Japanese prototype, and he had a lot of fun riding it.

“It was a nice day, with good weather, on a nice track with a nice design and new asphalt. It was all great, even the Honda RC213V-S,” he declared with a satisfied tone. “The track is quite difficult, but I think the rider can make a lot of difference. I can’t wait to get back here with the MotoGP at the end of the year. I think it’ll be an interesting race but, right now, my attention is entirely on Le Mans.”

His temporary teammate, Stefan Bradl, was instead able to ride the MotoGP, since he’s an official Honda test rider. It wasn’t the German rider’s first time on the Portuguese track, having already raced in the SBK.

“Today was a great day with practically perfect conditions,” has explained. “We followed our test schedule after the track conditions improved. It was an advantage to have a lot of riders. The circuit cleared quite quickly. The circuit is a big challenge, but you can really have fun with a MotoGP bike. The slope changes are great. We were fast and completed our program for today, tomorrow we’ll ride some more before leaving for Le Mans.”

“Is the Honda difficult? All MotoGPs are. It depends on the rider. Tonight my head will work a lot, and tomorrow it’ll be better.”
5 hours 26 min ago

"We tried some small new things and I'm confident". Martin: "I have pain in my neck after yesterday's crash, but I'm happy with today's improvements"
19 hours 8 min ago