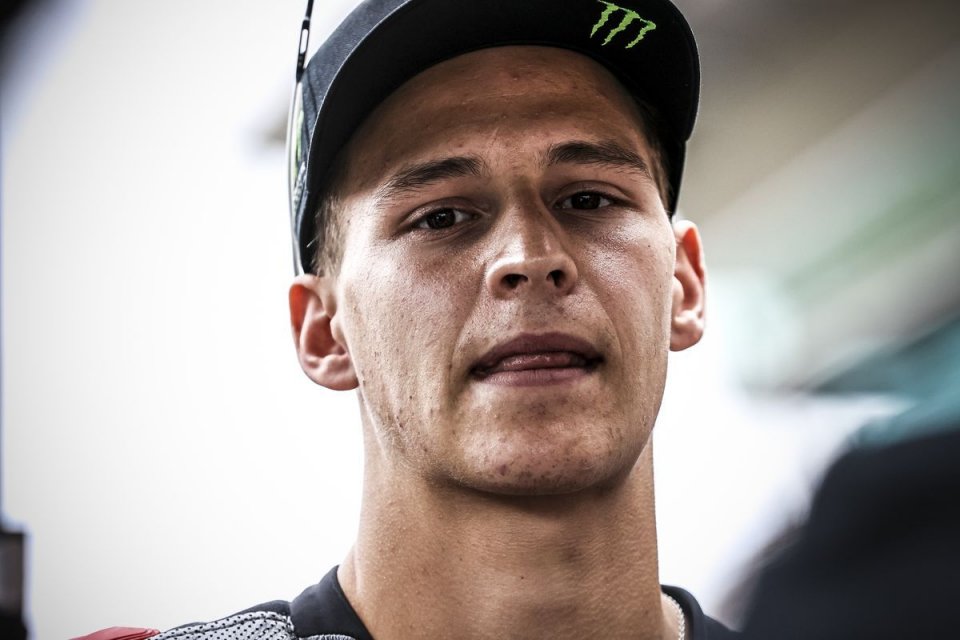 In August 2018 it was announced that French racer Fabio Quartararo would join Franco Morbidelli at the newly-created Yamaha satellite team Petronas Yamaha SRT; and the MotoGP world was braced for the hotly anticipated signing. The then 19 year old had been tipped as the next big thing off the back of a slew of championship titles in the Spanish national championships, as well as wins and podiums in Moto3 and Moto2.

Two seasons down the road, and Quartararo sits truly at the sharp end of the grid; leading the championship and challenging the full factory riders at every turn, as well as having already notched up an impressive ten podiums and three victories in his MotoGP career so far. Many
weren’t surprised, given the 21 year old’s relative experience at full power Grand Prix level. However for Fabio, it’s all been a dream come true.

“You need to fight constantly for the results, and I recognise that. It really is a dream come true to be able to battle for podiums and victories - and that challenge is really something special to me,” Fabio explains.

“It is so special to be in MotoGP and fighting for the wins. Everything has happened so fast; I came from Moto2 and didn&#39;t have any big expectations. I was definitely not expecting to have nine podiums and two wins. It’s so special. It makes me continue to work harder and harder to feel this adrenaline rush in MotoGP. Every weekend is always a new opportunity!”

Despite the early success, Fabio is also just as quick to also recognise the influence that the more veteran riders around him have had on him both on- and off-track. Not least Valentino Rossi - who he is set to replace at Yamaha’s factory team in 2021.

“I’ve learnt alot from other riders. Specifically the most, maybe Valentino (Rossi) in one way and Marc (Marquez) in another. Valentino was the rider who I looked up to and was the example I looked at when I was a kid,” explains Quartararo.

“I think the first race I saw in person when I was a kid was Jerez in 2006 - I was 6 years old - and it was at that moment that I said I really want to be a MotoGP rider. Valentino is a rider that really inspires me, and makes me push for my passion of competition, and be like him. On the other hand with Marc, he is the rider I fight with alot both on- and off-track. He’s really strong mentally, and he’s the top rider right now - so I’ve learnt alot from competing against him.”

Yamaha Motor Racing Managing Director Lin Jarvis is equally excited about promoting Quartararo to full-factory machinery, and is expecting more of the same from the young French racer. Jarvis said: “Fabio is doing extremely well so far with two wins. His first win ever at Jerez 1, and then another win straight away afterwards at Jerez 2. We could see last year that he showed his clear potential becoming rookie of the year in the championship.

“This year he was upgraded, by which I mean we gave him a factory spec bike - so this has helped him as well. Fabio is refreshing, he’s extremely fast, and he’s a very pleasant character, and the way he’s been performing thus far has been really really exceptional".

For Quartararo it’s all just about being in his happy place and continuing the dream of success MotoGP, not forgetting his most recent win at the 2020 Gran Premi Monster Energy de Catalunya.

“Whenever I’m on the bike I’m in my happy place,” concluded Quartararo. “Winning in Catalunya was the best moment of my life. We are in a good position right now, and I will give it 100% until the last round of the championship.”

Ducati tries to win over Quartararo with a... Lamborghini