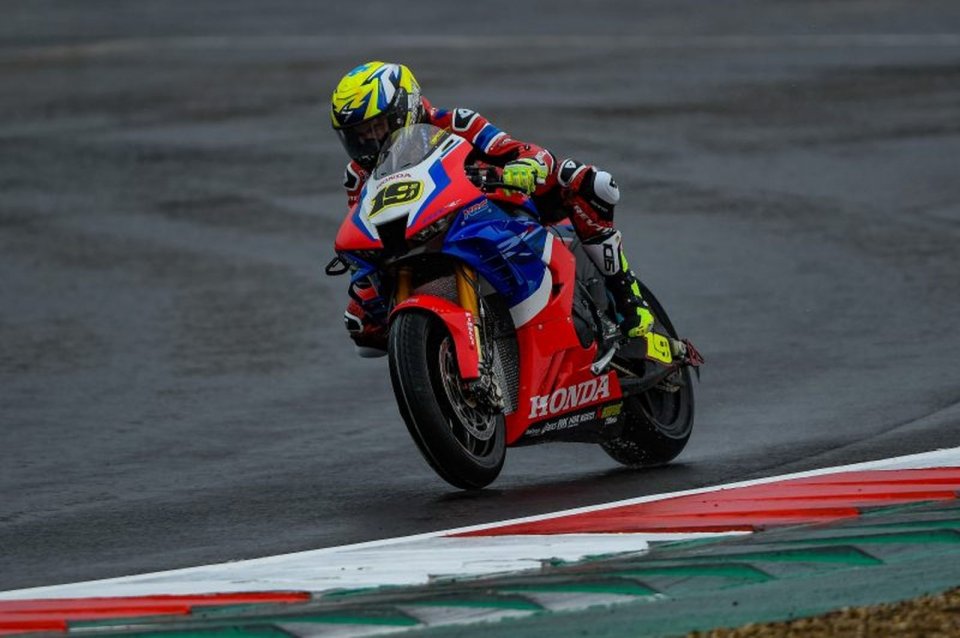 The first day of free practice at the Magny-Cours track did not produce any particular satisfaction for Alvaro Bautista and Honda. The HRC Team’s Spanish rider was not happy with the difficult weather conditions on the ups and downs of the French circuit, struggling down in the standings in 18th position almost four seconds away from the best performance of an increasingly impressive Garrett Gerloff.

"Today was a difficult day - declared Alvaro Bautista - in Barcelona I felt comfortable riding the CBR in the wet, but here we are finding totally different conditions. This morning I had no rear grip, and the cold doesn't help".

It’s a problem of no small importance considering that all three races of the weekend will most probably be affected by the rain. During FP2, however, the team made a series of technical tests to try to overcome this disadvantage.

"In the afternoon we tested some components brought by HRC to improve in this area - he continued - I immediately had a better feeling with the bike. It wasn't an exciting Friday, but I'm happy because we have made some small steps forward in an attempt to increase grip on the asphalt with the rear tyre ".

For the Japanese manufacturer, this season is not proving to be an easy return to World Superbike racing, with the all-new Fireblade CBR 1000RR-R SP considered to be a bit of a ‘building site’, but the 35-year-old said he was confident in Honda with a view to the future.

"The team is doing a great job, Leon and I (Haslam, Ed.) are still continuing to develop the bike for next year. We are looking forward day by day. The Covid-19 emergency has complicated our plans in this regard. As far as I am concerned, I am satisfied with the progress we made in the dry, in the last round we showed everyone our potential. Tomorrow I am convinced that we will fight for the top positions" he concluded.