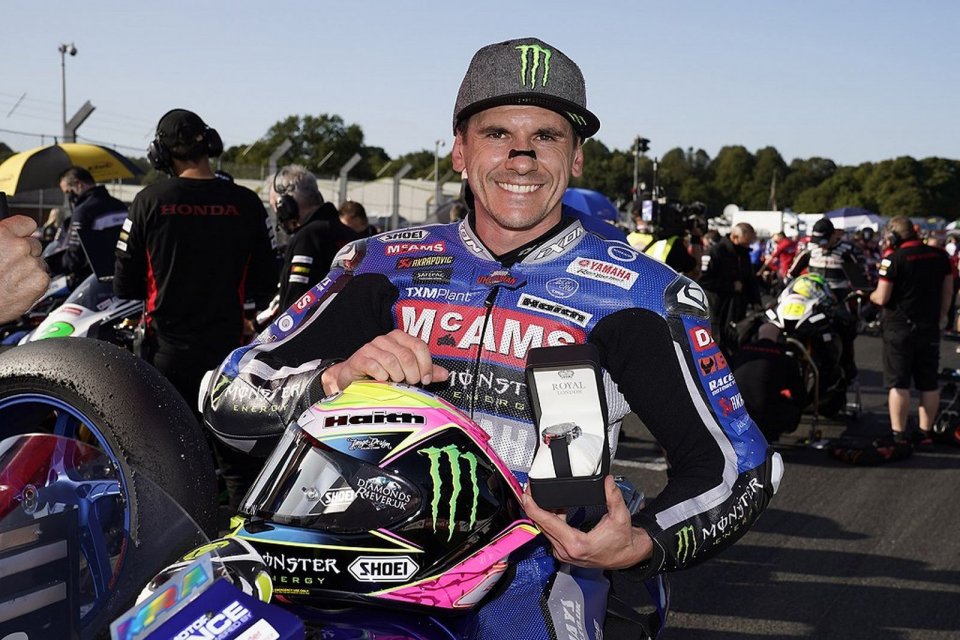 The BSB British Superbike championship this weekend will make another stop at Donington Park, this time in its 'Grand Prix' version, for the fifth round of the season. With two wins out of three races at Oulton Park, all eyes will be on Jason O'Halloran.

After an up-and-down 2019, which saw him move from Honda Racing UK to McAMS Yamaha, the Australian is finally showing off all his talent. Whether it is because of the extra year of experience on his shoulders, or the introduction of the all-new YZF-R1, O'Halloran is now only two points away from leader Glenn Irwin.

With no victories for more than four seasons, the 32-year-old from Wollongong became the eighth different winner in this crazy 2020 by climbing to the top step of the podium twice in the final round.

“Oulton Park was a huge weekend for us; I didn’t realise Glenn was out of race two until afterwards and that gave us 25 points straight away,” O’Halloran said. “I looked at race one and I had something like 15 points back on him. I was thinking if I could win the next couple and he finished in a similar position to where he was, then I would have been near enough equal anyway, so it was a bit of a bonus to get some of those big points back on Sunday morning.”

Despite a prolonged absence from the victory rostrum, Jason O'Halloran arrives at Donington Park as the rider with the most podium appearances (seven), against five of Glenn Irwin, Josh Brookes and Christian Iddon. An indicative figure that has relaunched his championship chances.

Obviously, Jason O'Halloran and McAMS Yamaha will want to continue on this path, starting this weekend. Both are more determined than ever, with first place in the rider’s standings just a handful of points away. Now British Superbike will return to Donington Park where the Australian, in August, on the 'National' layout, took Race 1 pole position and two third places. The conditions for fighting for victory again are there.

O’Halloran concluded: “BSB is hard; we have seen it so much this year with guys who are winning races one weekend and then outside the top ten the next – it is a difficult championship. I have had a lot of podiums now, a couple of wins and I am going to the Donington Park with the attitude that we need to maximise the package we have, and out of myself and then we should be battling for the podium and wins."