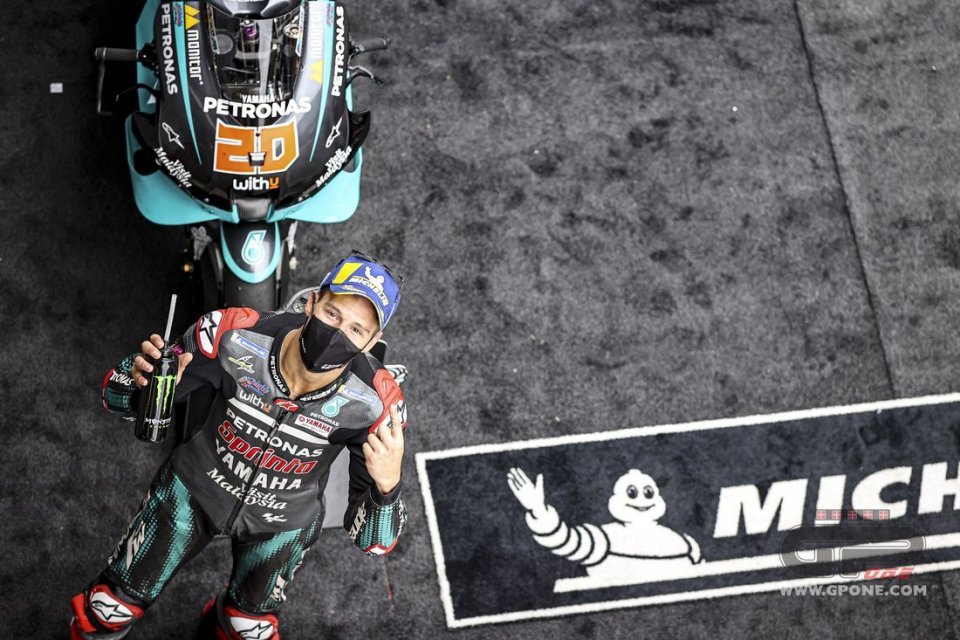 Poor old MotoGP championship, everyone wanted it but no one was taking it. True, she had arrived late, but she had got dressed up, even if the dress was a little wrinkled because she was in a hurry. She was still a good catch, there was no lack of suitors, but sooner or later everyone was a bit hesitant. At Barcelona Quartararo and Mir won over their shyness, on the track they made formal their declaration of intent and now it is the two of them who want to take her to the altar…

Also because Dovizioso missed the appointment, not his fault but Zarco's. Instead, one man who did everything by himself was Valentino Rossi, who could have been satisfied with an evening out, spent sitting on the steps of the podium.

Someone who does have very clear ideas is Luca Marini, who in Moto2 attacks, makes no mistake and shines with his own light. In Moto3 instead, McPhee was responsible for messing everything up, and Binder capitalized.

THE GOOD - They call him the Russian, but he seems to prefer Prosecco to vodka. What they only serve on Sunday on the podium. Frozen, like the nerves of Luca Marini who in Barcelona put into practice the first rule of an expert aspiring to the title: don’t be satisfied. Ruthless to the right level, he eliminated any last doubts about his talent, if anyone still had any. 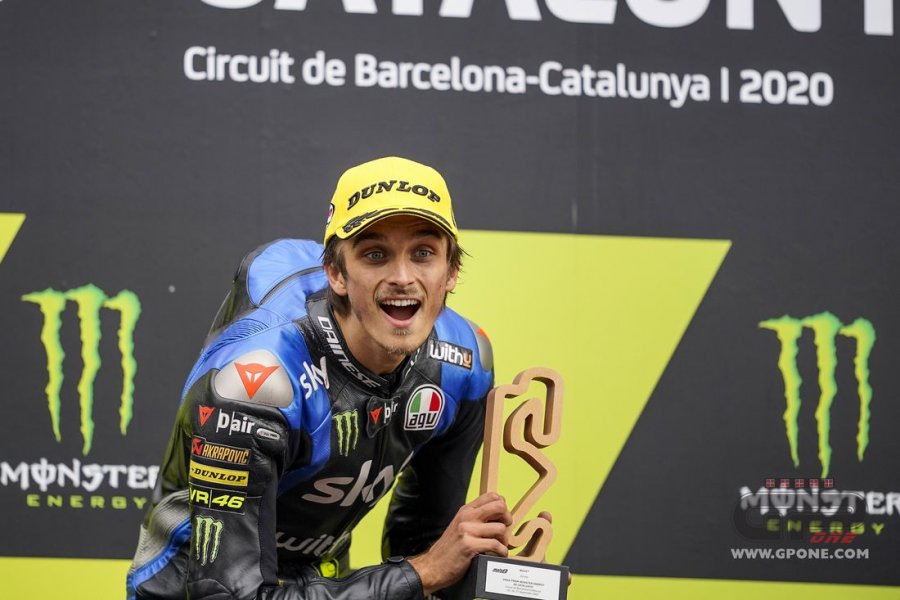 THE BAD - Doctor Maverick and Mister Vinales: toss a coin and find out if the good or the bad version will be on the track. The Spanish Top Gun at Barcelona didn't even take off from the runway, as he was in so much difficulty that he believed his Yamaha had problems. Instead, no. Apart from the endemic lack of power, the same lack of power that the M1s of Quartararo, Rossi and Morbidelli are also suffering from. But those guys were fighting for the podium and the win while Vinales was trotting around in the middle of the group…

THE UGLY - In a normal season, being in front of the factory Honda team would be an occasion for gargantuan celebrations, but at the moment the only excuse for a drink is to forget. Aprilia was predicted to be the surprise of the year, but all those promises have vanished. Better to continue hoping that Iannone will return. And especially that in these months off he has learned how to become a miracle worker…

THE DISAPPOINTMENT - Never bother to watch Joan Mir in qualifying. He seems to disappear, only to reappear on Sunday. A trick that works, but he needs to improve his repertoire because it is the only weak point left. 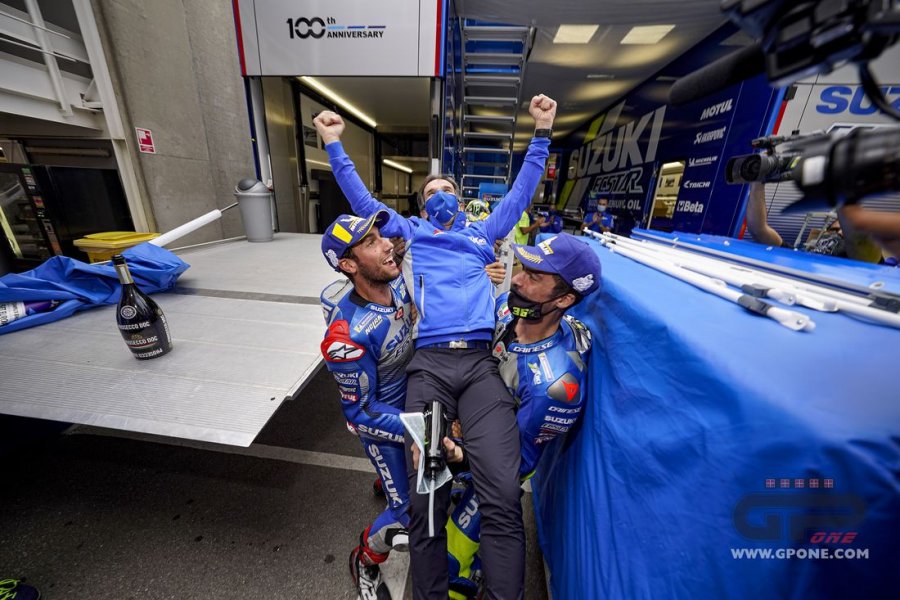 THE CONFIRMATION - El Diablo left his personal hell of poor results and crashes behind, to pick up the pitchfork again against his opponents. The fact that Fabio Quartararo knew how to ride was taken for granted, whereas if he still remembered, wasn’t. At Barcelona he got back on his feet, controlled the situation, suffered, but above all won.

THE MISTAKE - Can even those riders who have nothing more to learn, learn by making mistakes? Valentino Rossi will have time to reflect on the dilemma. Two ‘dickhead’ crashes (definition by the Doctor himself) at Misano and Barcelona are different in their ways but identical in their results. He missed out on the podium, but he realized it wasn't the last chance. 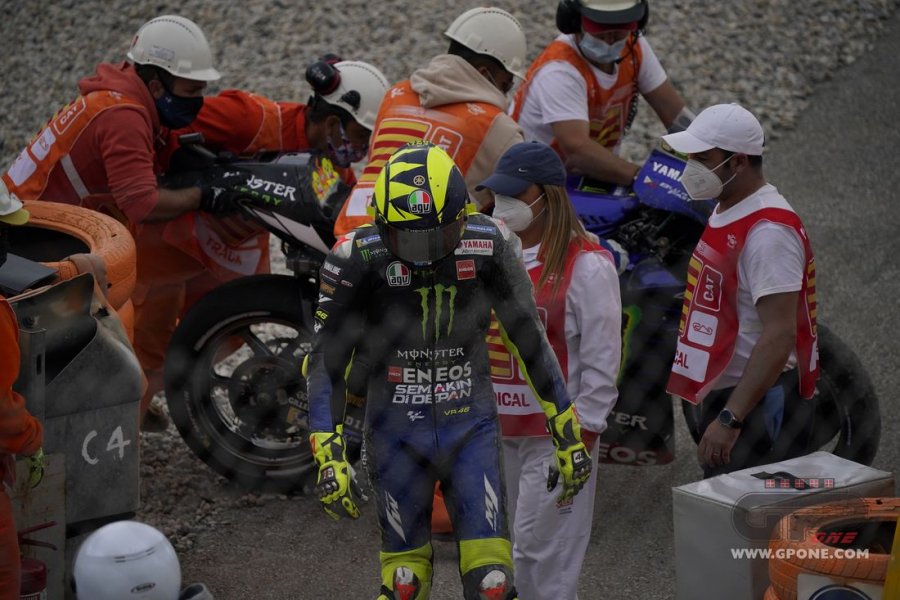 THE SURPRISE - He has put his shoulder back in place, but above all his head. We had been waiting for Alex Rins for months and he arrived at Barcelona, ​​unfortunately too late to fight for a championship in which he could have been a protagonist.

Fabio Di Giannantonio is the other revenant of the day. Until now he had only been talked about for the arguments in the garage, we prefer it when he puts himself in the spotlight for what he does best: go fast.

THE PASS - A prize for quantity and it goes to Pecco Bagnaia. Like a salmon he went upstream, but he missed the decisive pass, the one on Miller for being the best rider in red. He has still earned that colour on the track for next year, so that's okay.

THE CURIOSITY - Did you think that this weekend there would not be any controversy involving the Stewards? You were wrong. It was Remy Gardner who complained about being relegated 6 places on the grid for crashing with yellow flags. “I ended up on the ground because I saw them and I closed the throttle in the change of direction between the first and second corners. I gave them the telemetry data, but they wanted to set an example”. Whether negative or positive, it is up for debate.

I TOLD YOU SO - Pol Espargarò on Saturday: "In the second half of the race it will be difficult to even stay up". We’d like to thank him for giving us a practical demonstration on Sunday…

Fresh from a season with little satisfaction after a superlative 2019, Tommy Bridewell and Steve Moore's team will stay together for another year....
23 hours 18 min ago

The FIM and Dorna have announced the provisional 2021 calendar of the Cev Moto 2 and the European Talent Cup. The 18th of September will take place...
3 days 1 hour ago

“We wanted to wake him up, but he had already gone home and taken the cup with him. Today, in qualifying, I risked losing Jack in the exit lap.”
4 days 1 hour ago

“I’m not going to settle thinking about that. The first laps will be interesting. There are many corners where you have to leave the door open.”
4 days 1 hour ago

"For me it is not logical and acceptable to be slower on the second day than on the first, instead I am fifteenth on the grid"
4 days 19 hours ago