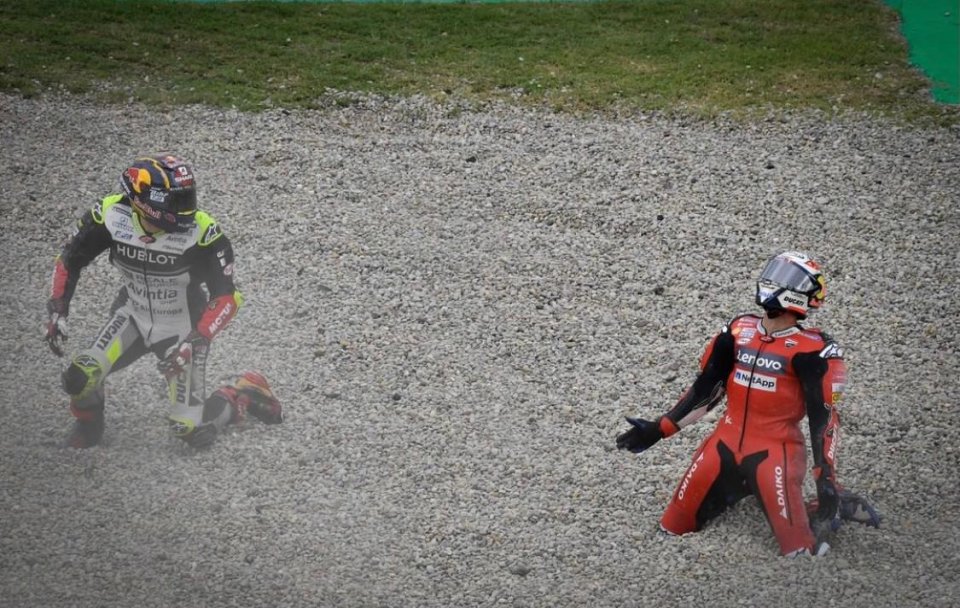 To describe Andrea Dovizioso’s day, perhaps one figure is enough. The man from Forlì is the rider who has been taken out of the race by both a teammate and any other rider the most. Going on memory alone, he has been wiped out by Iannone, Pedrosa, Aleix Espargarò, Lorenzo, Quartararo and Zarco. It is not difficult to imagine Dovi's state of mind, at the end of a race that basically saw him protagonist just for one corner.

“These are difficult things to accept - Andrea admitted - especially if they happen at the first corner and not your fault. I was able to make a good start and make up some positions, as I had in mind to do, but then what happened, happened. It can happen, there’s no point in pointing the finger at someone even though it wasn’t wanted. Zarco came to talk to me after the race but there is not much to say, he made a mistake because he was afraid and crashed, but we absolutely did not argue (in reality he was forced to come off the throttle due to Petrucci nearly crashing, Ed.) ". 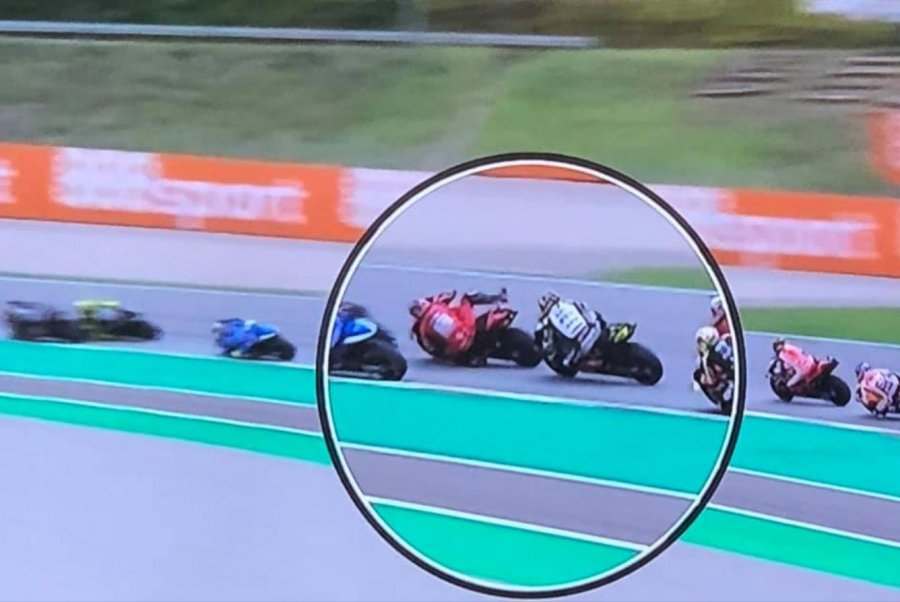 One thing is certain, today's DNF was a bit of a cold shower as far as the championship is concerned, and as usual Dovizioso analysed the situation in the standings in an honest and lucid way.

“The fact that anything can happen in this championship helps me to be positive, but the point is  that you have to be fast, which I have been on very few occasions so far. On paper, the championship is getting tough, as there are riders ahead of me in the standings who are faster and more consistent than me, but it’s not impossible. Quartararo and Yamaha are strong, but honestly in terms of the championship I see the pairing of Suzuki-Mir more competitive ”.

Andrea is also partially fighting a widespread idea among fans, namely that without Marquez the title should easily be his for the taking.

“I am pleased if people think that I am the rider designated to win in the absence of Marc, but to be honest I am indifferent, since you need to know all the aspects to talk about winning a championship. This is demonstrated in many races, and one example today is Vinales, who won at Misano 2 and struggled today. As for me, I want to say that it is all the fault of the pressure but it isn’t: all this is simply a consequence of the new tyre, which is different and complicated for us to understand ”.

In conclusion Dovizioso tries to think positively about what his race could have been and looks ahead.

“On pure speed we were inferior to the Yamahas but at the end of the race, with the tyre drop, Miller and especially Pecco were able to be fast, and maybe I could have had a similar pace to theirs. This year you are forced to start from the front and then ride perfectly so as not to wear the tyres out too early: I need to improve braking and corner turn-in to be faster. Le Mans is a track that can help us, where I hope to find something useful for all the tracks, but it is just a hope for now ”.

“Is the Honda difficult? All MotoGPs are. It depends on the rider. Tonight my head will work a lot, and tomorrow it’ll be better.”
5 hours 45 min ago

"We tried some small new things and I'm confident". Martin: "I have pain in my neck after yesterday's crash, but I'm happy with today's improvements"
19 hours 27 min ago