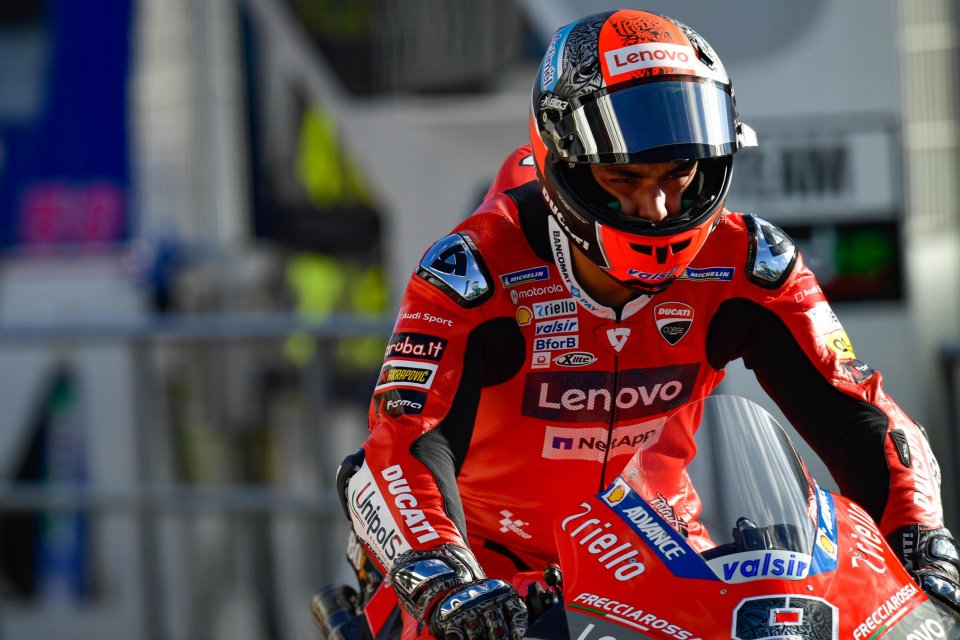 Danilo Petrucci will start from ninth place on the grid tomorrow, at the end of a day that partially restored his confidence. In fact, already in the morning, the rider from Terni appeared in better shape than yesterday, also thanks to the work done, first gaining access directly into Q2, and then the third row on the grid.

"I could have exaggerated a little more under braking during Q2 - said Danilo - but I didn't and I lost a couple of tenths. I have to thank Miller for the help he gave me, it's just a pity he had a slightly worn tyre that didn't allow either of us to improve. "

At any rate, Danilo appears ready for the race, but also aware of how much it takes to manage the tyres throughout the entire race.

“Since this morning, my pace has been fast, even though when the tyre accumulates laps it is easy to lose even one second, as I was able to experience in FP4. The goal is to be in the top ten, as close as possible to the podium. It will be a survival race: at the beginning you will need to stay calm so as not to finish the tyres after 10 laps. From the second weekend at Misano I think I have changed direction, irrespective of the result, so I want to have a good race, and in general end my adventure in Ducati with a smile. "

Repeating his 2019 podium seems impossible, but Petrucci wants to leave fond memories of himself in Borgo Panigale.

"Last year Jorge (Lorenzo, Ed.) gave me a great hand on the first lap, but in general I was fast throughout the race. Today we are in much more difficulty on the rear, a problem that generally involves all the riders, so much so that almost everyone is using the same type of tyre. Apart from that, I would like the one at Barcelona not to be my last podium with Ducati ”.

A Ducati that appears different depending on the rider, as Danilo confirmed by having a look at his brand mates.

“Dovizioso is a race animal, so I think he can recover tomorrow, even if I don't know what problems he had today. The same goes for Bagnaia, who I think has the pace to recover. Zarco was fast, he always is in conditions of poor grip, like at Brno ”.