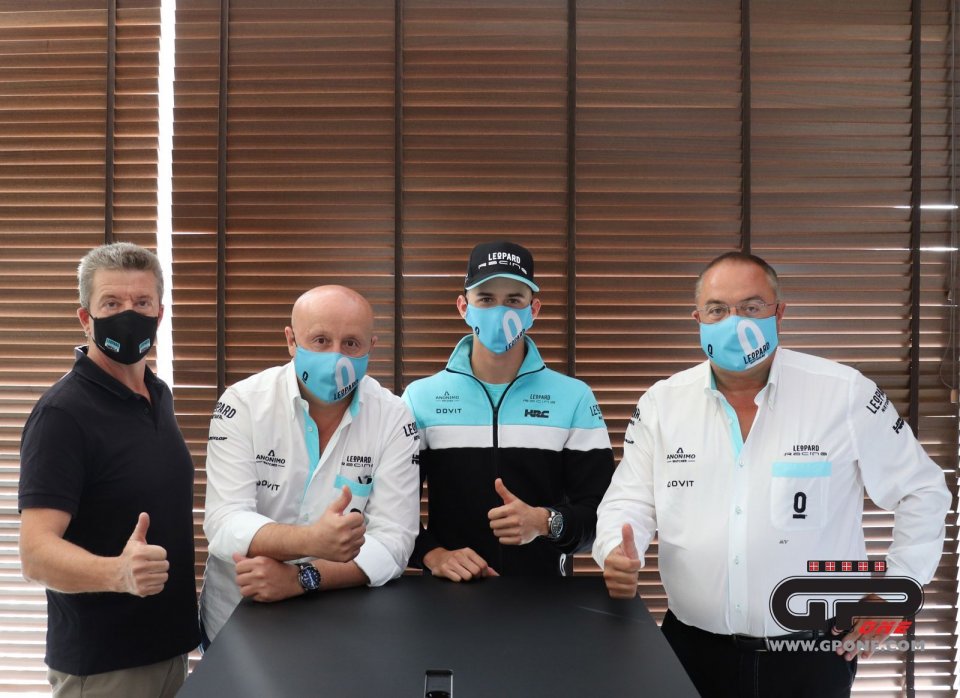 Le0pard Racing is proud to announce that Spaniard Xavi Artigas will be the new addition to the team in 2021 and will join Dennis Foggia, who extends contract for another season.

Xavi is currently racing in the FIM CEV Repsol with the Leopard Junior team and right now leads the classification after two victories and two second positions. 2020 is his second year on that competition and it’s always been Leopard's aim to count on him as already last year showed a huge potential, to point out that we've had the choice to see him taking podium even before his first season! Last november, in Valencia, he did a wildcard appearance with us and finished 3rd, an amazing performance by the young man. The results speak volumes and therefore Xavi had to be with us! Part of the Le0pard spirit implies building up talented riders towards the maximum level.  Xavi has been gathering experience in the CEV and we are certain that he can do a very good job next season.

“Many thanks for this opportunity, it’s a dream come true. I can’t wait to start the season and I just want to learn, improve and start my journey in the Championship”, said Xavi Artigas.

“We’ve been observing Xavi for some time, and we knew that the second year on the Junior Championship would give him the experience and the confidence to be ready to step into the Championship - said Miodrag Kotur, Le0pard Racing Managing Director - He’s a talented and promising rider and has the skills to do a great job. Welcome to the team, Xavi”.

“It’s happened to me a few times in the past. My arm is fine, but I left something on the table in qualifying. It’ll be important not to make...
23 hours 10 min ago

“Marc knows Honda well and will be able to indicate a clear direction to follow. I can’t get a perfect lap when I push. I make too many mistakes.”
1 day 21 hours ago

Johann joked about the incident at the end of FP2. "I'm in the good group but I’m not riding relaxed, I'll look at Bagnaia's data to solve the...
1 day 23 hours ago

"The recovery surprised me. It was faster than I expected. I had surgery on Monday, and I could already train on Wednesday. I'll have to see how I...
2 days 1 hour ago

Dorna to install high-tech digital Flag Panels at all MotoGP circuits in 2021. From 2022, it will be mandatory for circuits that host MotoGP to...
3 days 2 hours ago

This is the news everyone was hoping to hear and means that the season will start in spectacular fashion at the Bugatti circuit, one of the most...
5 days 2 hours ago