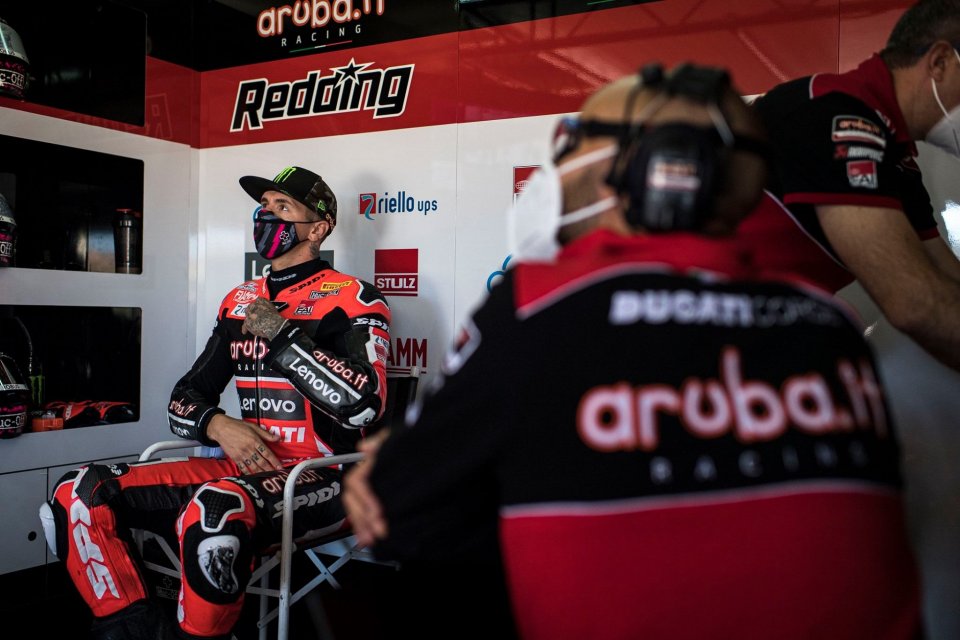 “It’s not easy trying to obtain a world championship title in your first year”. With these words Scott Redding began the caption of his latest post, one that comes from the heart and his soul, which appeared yesterday on his (very popular) Instagram account. The Englishman is a fighter, a rider who never throws in the towel, and another part of his post proves it ("It comes down to how much you are willing to dedicate and sacrifice to climb higher. I believe we are willing to go further than anyone else"), but the numbers matter as well and are hard to ignore.

And to think that this season’s start for Scott, whose arrival was basically the hot topic of the Superbike winter, was even better than expected. Not so much in terms of speed, all in all predictable for a former MotoGP rider still in the middle of his career, but for consistency. In the first four rounds of the season, Scott proved to be the most solid rider, the least prone to error, which combined with his speed took him to the top of the world standings.

The "problem" for Scott, however, is the same that many have had before him, starting (speaking of the recent past) with the one who metaphorically handed him the seat of the Panigale V4, namely Alvaro Bautista. The "problem" is called Jonathan Rea, and he is a "problem" that has made consistency his trademark even more than Redding. Fast, clean, solid. Sometimes the Northern Irishman doesn't even seem to push hard on the bike but then, as in the case of other greats of the past, it’s the stopwatch that counts (well, in his case). 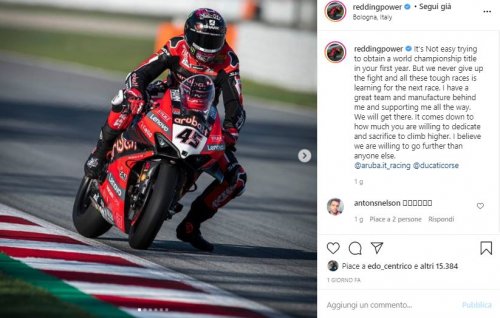 Rea recovered one point at a time over Redding after Australia, leading his rival to make errors. The stage for all this was Motorland Aragon, the second round on the Spanish track to be precise, which saw Scott crash in Race 1, just as he was being chased by the reigning world champion.

Redding, however, is a fighter as mentioned, and he immediately proved it by winning the Superpole Race in Teruel, but it was not enough. Rea slowly continued his march in Barcelona, ​​where the partial score of 47 (points) to 32 increased the gap between the two, with Johnny +51 over his rival.

Where did we start from? Ah yes, Scott's post, which confirms that the final part of this championship is anything but written. “We never give up the fight and all these tough races is learning for the next race. I have a great team and manufacturer behind me and supporting me all the way. We will get there ”. Translated, I’m not giving up. Now the battle moves to Magny-Cours, a terrain that obviously sees Rea as favourite, given that Redding has never ridden at the Nevers circuit, but extras and bad weather could change the outcome of the film. All that remains is to sit back and wait… and enjoy the show.