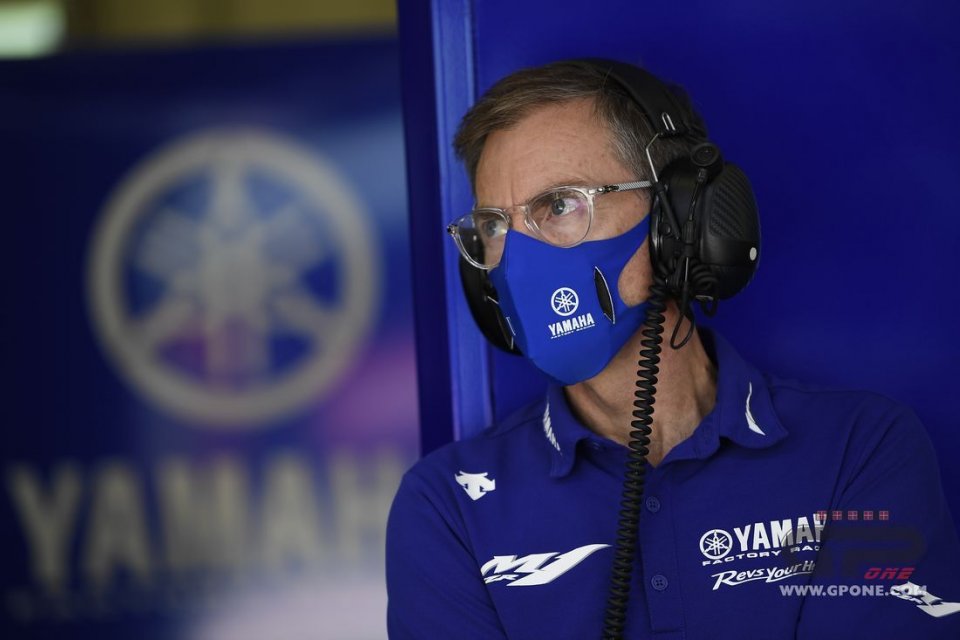 Yamaha has been the center of attention because of its engines, and not in a good way. The Japanese four-cylinder in Jerez had first left Valentino and then Morbidelli on foot, and worries about its reliability arose.

So much so that there was an official request to the MSMA to intervene on the engine, but the other manufacturers did not allow it.

Lin Jarvis, Yamaha’s managing director, talked about it in an interview with motogp.com.

“It was a shock. We got to the bottom of it and discovered we had some valve problems,” he explained. “Then we asked to be able to replace them, but  we didn’t have the evidence to convince all the manufacturers in the MSMA. At the same time, we discovered the cause of the problem and tried to figure out how to solve it in another way.  The mechanical part can’t be touched, but there are other things that can be developed, such as electronics.”

And decrease power. Jarvis himself confirmed it.

“Has this problem affected our performance? Yes,” he affirmed.

But with development at a standstill, it won’t be possible to intervene, even for 2021. Does this mean that the problems for the 4-cylinder will continue?

“I’m not that worried about next year, when we’ll have to use the same engine, because this problem comes from a batch of valves,” Lin specified.

The manager finally commented on this first part of the season, without hiding a hint of disappointment.

“It feels like being on a roller coaster,” he said. “I have the feeling that we’ve lost opportunities. Without Marquez, we have even more, because Marc has dominated in recent years.”