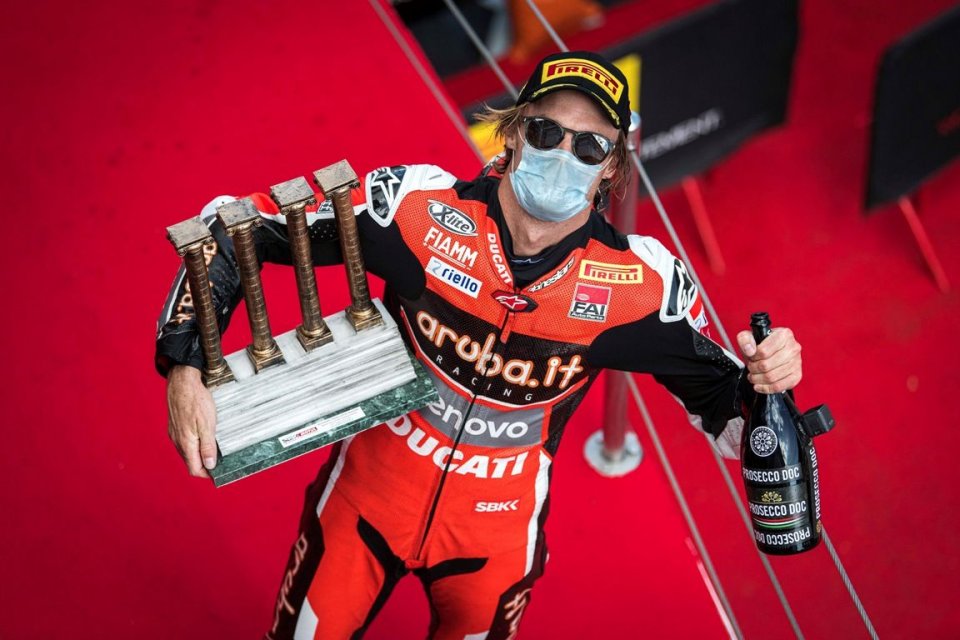 In Barcelona, Chaz Davies broke that fast of victories which lasted for over a year. After his success at Laguna Seca, there’s a second at Montmelò with the Ducati V4. A heart-filled and determined victory, without his opponents being able to question it.

It couldn’t get better than this for Chaz.

“When you win you can only be satisfied about it,”  he began. “I’ve always tried to work to improve the bike and find the right solutions during the various race weekends. It was a slow process but, in the end, it allowed me to achieve the results. The fact is that the solutions to my problems have always come late.”

Chaz then got something off his chest.

“Here, in Barcelona, I worked mainly on the rear, trying to get more grip. The bike was completely different and, in the end, the choice worked. You can’t think about winning races without having rear grip but, like I said, I revolutionized the bike and the choice worked. Obviously I don’t know if this change will work on other tracks as well, but it was perfect today.”

Davies prefers not to comment on his future, even if he want to clarify things.

“Remain with Ducati but with a satellite team?  I’m a rider who deserves the best and who wants to race for the best team, surrounded by the best people.  Inside of me I know what I want and, if I’m here, it’s because I want to win. The fact is, you have to work hard to win and, if you don’t, you can’t succeed. When I say there’s a problem, that’s because I know what I’m talking about.”

The Welsh rider expressed himself strongly and unequivocally after the race. He definitely wanted to get something off his chest. The rift between him and Ducati is evident.