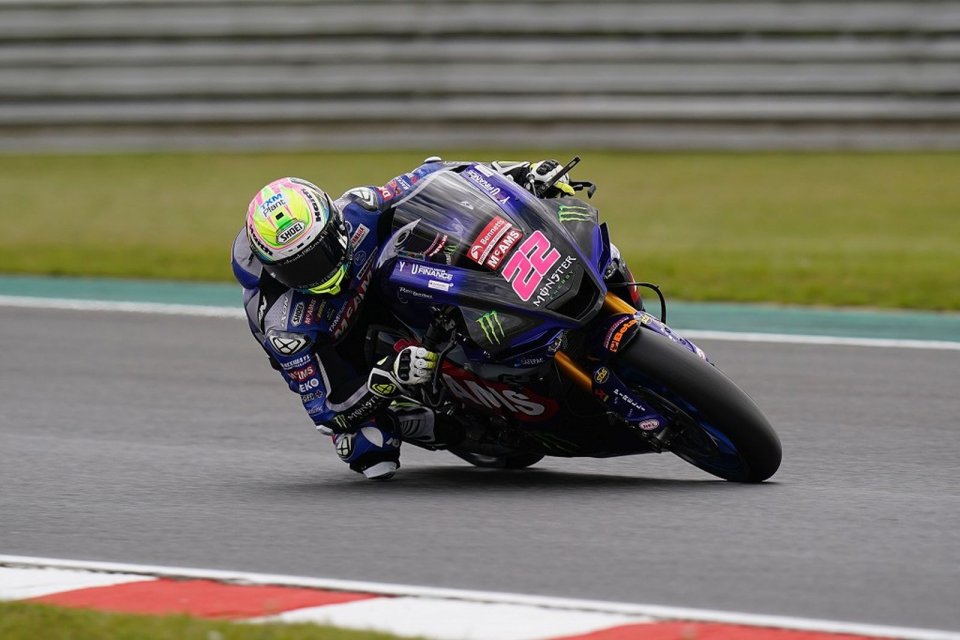 The two free practice sessions and the qualifying session had shown an overall situation of total balance, Race 1 was no less. The first heat of the BSB British Superbike, staged on the beautiful Oulton Park track, fully complied with these premises. With a unique series of overtaking and counter-overtaking moves, success went to Jason O'Halloran, who got the better of Christian Iddon in the final stages. For the Australian it was the first victory in the ranks of the McAMS Yamaha Team.

After an up and down 2019, which saw him move to the Steve Rodgers team after a five-year period in Honda Racing UK, Jason O'Halloran seems to have found the right place on the bike of the tuning-fork manufacturer. Whether it is because of the extra year of experience on his shoulders, or the introduction of the brand new YZF-R1, but in the last few races O’Halloran is truly showing all his talent.

After three third places at the Silverstone 'National' circuit, the Australian proved to be an excellent interpreter of the ups and downs of the Cheshire circuit since yesterday's FP1. The McAMS Yamaha man, as if that were not enough, also conquered pole position in the 25 minutes of qualifying. His fantastic day then continued in the afternoon, when he took home his second career victory in BSB.

Despite a less than perfect start, O'Halloran managed to stay in the leading group for the entire 16 laps. After a brief outburst in the first laps by the "Irwin brothers" on the two Honda Racing UKs starting from the fifth lap an aggressive Christian Iddon (VisionTrack PBM Ducati) took over.

The 35-year-old from Stockport made every effort to keep the Borgo Panigale flag high, remaining in control for most of the race. With Iddon in the lead O'Halloran had to fight with the Irwin brothers, only to get the better after a long series of passing moves.

The decisive moment came on the third to last lap, when the Yamaha rider launched his attack against Iddon at the entrance to the Shell hairpin. Iddon tried to the end (he set a sensational 1’34.978 on the next round), with O'Halloran responding in 1’34.704 at the chequered flag.

At the line, the 32-year-old finished with a gap of more than three tenths, for a win that had been lacking since the 2016 season. With a victory that revives O'Halloran's hopes for the title, Iddon's second position salvaged something from Ducati's poor day (teammate Brookes was eighth and never competitive, Tommy Bridewell was 14th).

Danny Buchan (Rapid Fulfillment FS-3 Kawasaki) completed the podium in Race 1, taking advantage of a sensational error in the Honda Racing UK team: with three laps to go Glenn attempted to overtake Andrew at the Lodge finishing long, favouring the pass of the Kawasaki man.

The two CBR 1000RR-Rs finished the race in fourth and fifth position with Andrew ahead of Glenn. The latter now leads the championship  with 168 points, 30 points over O'Halloran and 38 over Brookes.

The protagonists of the BSB British Superbike will be back in action Sunday, at 2.15pm for Race 2 and at 5.40pm for Race 3. 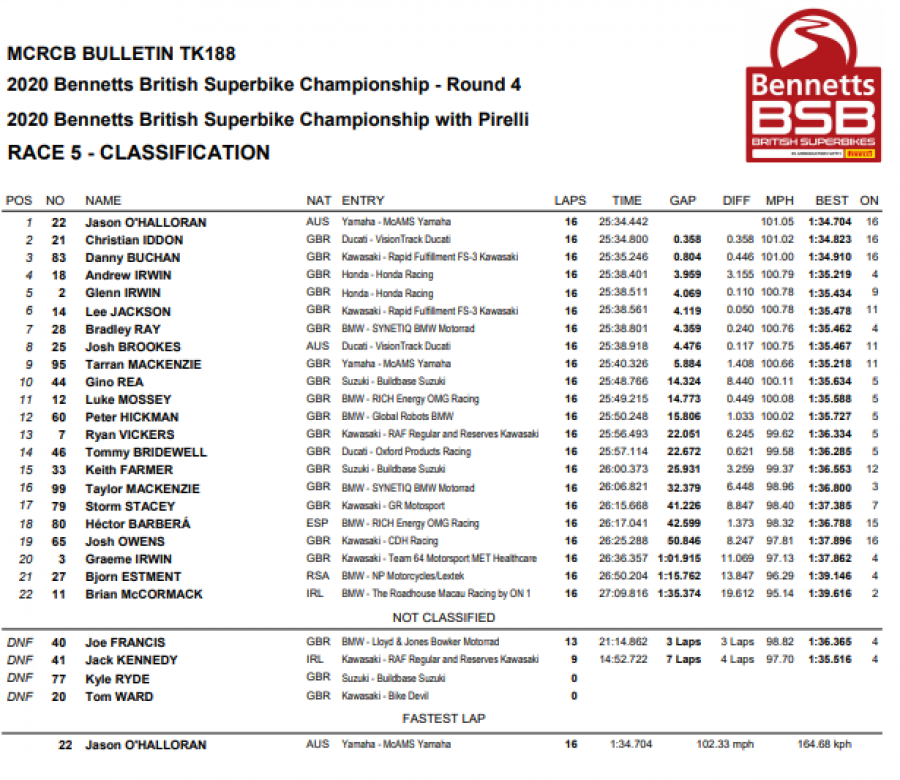