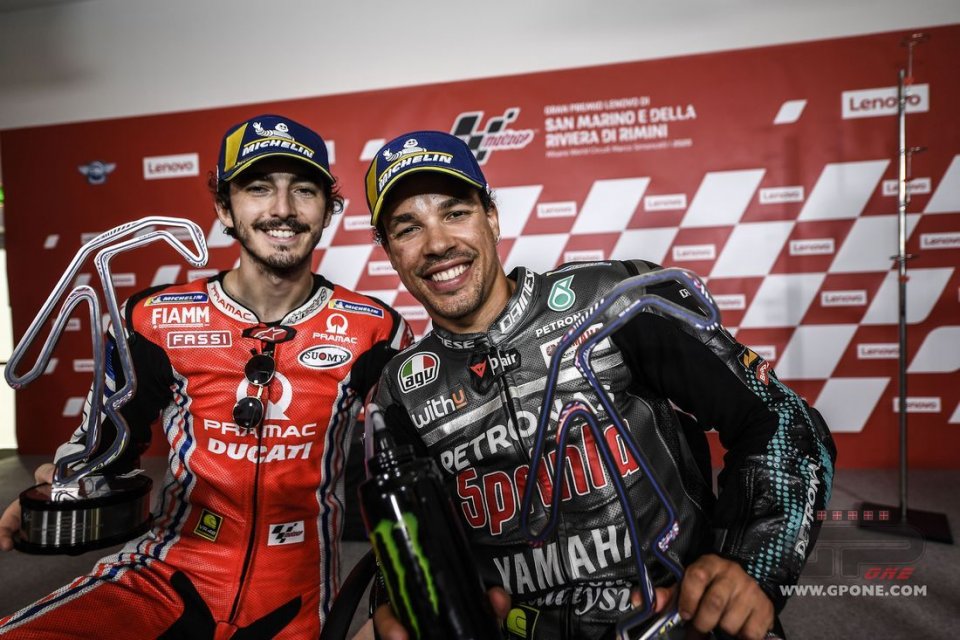 It was written San Marino Grand Prix, but it was read Italian Grand Prix. In name and in fact. Franco Morbidelli completed his puzzle and the resulting image was perfect. Pecco Bagnaia limped up to his Ducati to start racing as soon as he put his feet on the pegs. Three would have been the perfect number, Valentino Rossi missed out, but there is a lot of his yellow in the triumph of the Azzurri at Misano.

Also in Moto2, after the 1-2-3 by Marini-Bezzecchi-Bastianini, this is the mirror of a championship that is becoming Italian, more and more. And while Ferrari didn't win at Mugello, Ferrari did at Misano in MotoE.

We’ll also throw in Dovizioso as leader of the MotoGP World Championship for good measure, but in this case it is luck that triumphed more than anything else…

THE GOOD - Franco and Pecco, sideways companions on the dirt at the Ranch, united by dreams and crystal-clear talent. Overshadowed for too long by other names, other faces, not always rightly. Morbidelli and Bagnaia who never gave up, who at Jerez shared the anger of technical setbacks that took away their well-deserved prizes. Yesterday they made up for everything they were owed, not yet with interest but there will be time for that. The past is a memory, the present a certainty but the best is yet to come. We cannot wait…

THE BAD - The Race Director Danny Webb explained the rule of passing on the green. Here is what we understand: you must not pass on the green but you can pass … but not in practice or in qualifying … otherwise they will cancel your lap … but in the race you can … 3 times … then they warn you … but then you can still pass twice more … finally they penalize you. Maybe … because you have to benefit clearly … while if you clearly don't benefit, then nothing happens. Everything happens in the first corners of the opening lap, that’s clear, so they turn a blind eye, or both, but that should be clear. On the last lap, however, clearly you can’t go on the green, but if you lose time, you can and then in the end it is the Stewards who decide, because they have crystal-clear video footage and also a software that not even NASA have to land the space shuttles. Now it's all clear. Or maybe it isn’t?

THE UGLY - Pressure is not good, and for once it’s got nothing to do with the tyres. So it is not measured in millibars but in points thrown to the wind and the post-Misano sum for Fabio Quartararo is already high. Sitting down at the MotoGP table with all eyes on you makes your legs tremble and the Frenchman is not afraid to admit it. The Yamaha is fine, he’s got the talent, the only thing he’s missing is tranquillity. 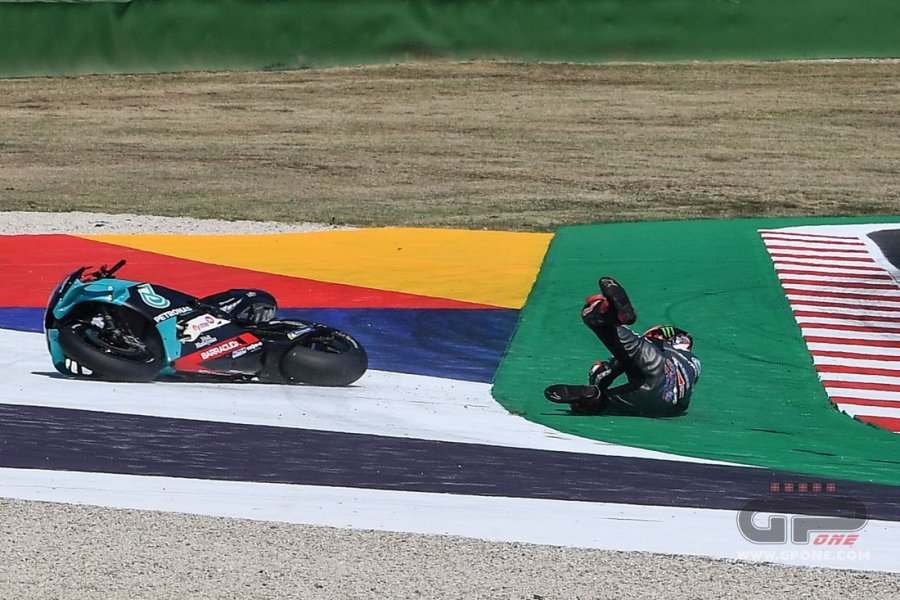 THE DISAPPOINTMENT - Misano would have been his 200th podium in the premier class, together with the rough diamonds that he has contributed to polishing. It all sounds too good to be true, but actually it was not and a hint of disappointment for Valentino Rossi is healthy and understandable. However, the Doctor proved that he doesn’t continue to race just for the pleasure of being there and that his passion is a treasure also for future generations. So we can be happy and also the good thing is that Misano comes twice a year, this season…

THE CONFIRMATION – No Country for Foreign Men in Moto2. Luca Marini, Marco Bezzecchi and Enea Bastianini have created an impregnable fortress. They have heavy artillery and know how to use it with a steady wrist and a sharp eye. Not only in the races, but also in the World Championship, Moto2 is their territory. May the best man win. Prepare the popcorn. 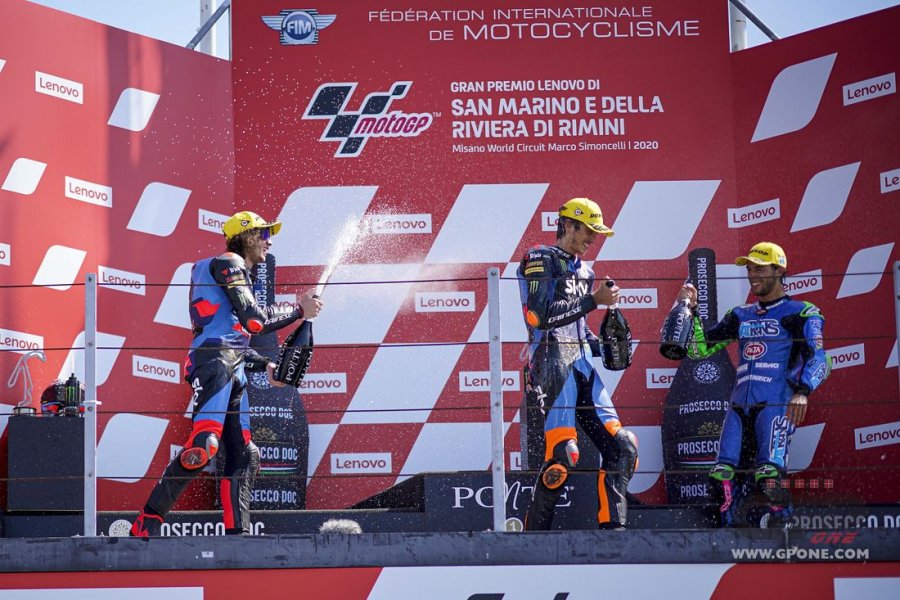 THE ERROR - Albert Arenas paid dearly for his mistake at the end of the race and a hard-earned haul of points in the standings was squandered in a second. Too bad because the Spaniard from the Aspar team is a good rider, aggressive and intelligent in the Moto3 battles. He will make amends for sure.

THE SURPRISE - Andrea Dovizioso leads the MotoGP points table. In his worst year in years, at a time when his head seems to be thinking about everything else but racing, while he continues to battle with the tyres. Luck favours the bold, now Dovi has to be bold because leaving Ducati in triumph is still possible.

THE PASS - Joan Mir's on Valentino Rossi, without any trace of awe: “I only saw an object to pass, I didn't think about the rider”, was how he described his competitive trance. A well-deserved podium for the Spaniard after a double travesty in Austria, and now he can even start to think about the title.

THE CURIOSITY - Two Italian riders hadn't finished in front of everyone in a MotoGP race for some years. The last time was back in 2017, when Valentino Rossi won his last (for now) race at Assen, getting the better of Danilo Petrucci.

I TOLD YOU SO - Maverick Vinales assured everyone on Saturday: "I'm going well with all the tyres, it's not a problem". In fact, he chose the only one (the hard one at the rear) that everyone else had rejected, and the results were plain for all to see.